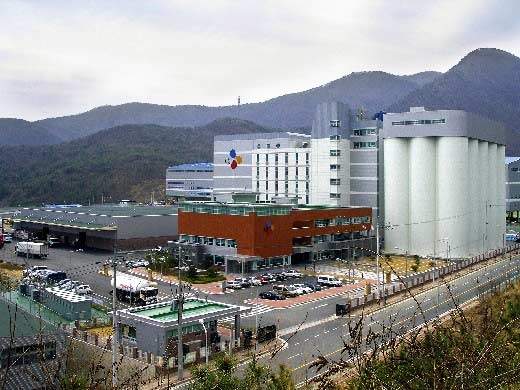 The new plant in South Korea now in full production. 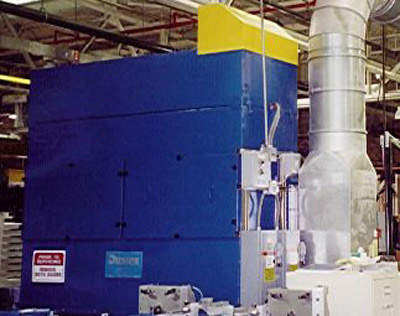 The dust extraction system on one of the new lines at the plant. 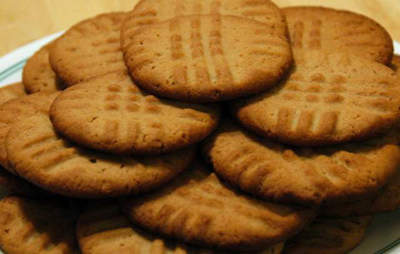 Flour from the plant goes to the production of many products including cookies. 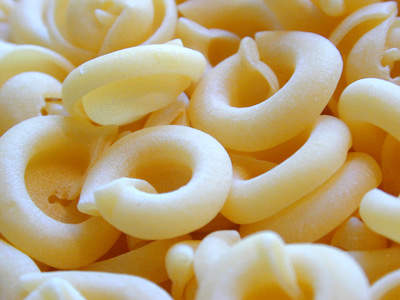 Durum wheat pasta flour can also be produced at the plant. 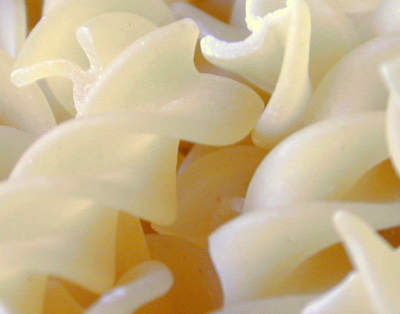 Twelve different flour types can be produced at the plant simultaneously for the production of a range of products.

In 2003 CJ Corporation in South Korea began the redevelopment of its flour milling facility with the construction of a new building and the use of the machinery from the existing plant. This was done to make the project more cost effective, with the old machinery at the existing mill being refurbished and reused, costing a fraction of what new equipment would have.

The management decided to move the entire flour mill from its original site in Pusan, to a new greenfield site in Yangsan City 30km away (new site has a direct link to the national highway), because the company needed more space to increase production capacity. The new flour mill building was constructed and the old equipment along with some new equipment was installed after production enhancement and servicing. The estimated cost for the transfer of equipment and the construction of the new building was $76.5m.

HISTORY OF THE MILL

Pusan is located in the southeast of the Korean peninsula facing Japan, is the second-largest city in South Koreaa nd is a major export/import port to where wheat is transported by the wholesale importers Mitsui, Cargill and Marubeni.

CJ Corporation first built a flour mill in Pusan in 1955. The plant was later expanded to include four grinding lines, with a combined processing capacity of 1,000 metric tons of wheat per 24 hours.

As the mill grew in capacity, logistical and environmental protection problems increased. When further expansion became necessary it was decided that the only option was to construct a new facility on another available site while reusing existing plant components. This decision was made in early 2002.

The mill transfer was a coordinated effort between a Korean architect (who was responsible for the new building), local vendors for the supply of various ancillary components to the project and most importantly Buhler of Switzerland as the supplier of the new equipment and also the original supplier of the ‘old’ flour mills. The project involved the construction of a flour mill with three lines, one with a capacity of 500 and two with a capacity of 450 metric tons of wheat per 24 hours.

This increased the total capacity of the original CJ mill to 1,400t from 1,000t per day. The 500t line was constructed from scratch. For the two 450t lines, some of the older existing plant components from the Buhler mills in the Pusan plant were used. All of the reused equipment was completely reconditioned and retrofitted with new machine elements and components so that it was state-of-the-art. In addition, all of the pneumatic and mechanical conveying systems and dust collection filters were replaced as new.

The inauguration and official opening of the new facility occurred in March 2006 (the transfer project was completed inside 19 months as planned). Flexibility of the plant was of great importance and the design of the new plant reflected this in solving various issues which made the old plant unfeasible for expansion, such as space and the flow of the three milling lines. The plant was designed to achieve ‘maximum capacity within minimum space’.

Each of the milling lines was designed to be able to produce four different types of flour simultaneously. This means that at any one time 12 different flour types can be made concurrently.

The three milling lines make flour for the production of fresh pasta, pancake mix (made with buckwheat), cookies, cakes and fresh bread loaves.

“The plant produces over 70 different flour grades, from up to six different wheat varieties.”

The plant produces over 70 different flour grades, from up to six different wheat varieties. To accomplish this, the plant uses a sophisticated system for wheat conditioning, grinding periods, storage of finished products and flour blending.

A large part of the flour produced is shipped out in bulk from the finished product bins directly into tankers, which transport them to the customer.

For the packaged products such as pancake and batter mixes various feeding/blending and packaging lines were installed.

Since being set up in 1953 by the subsequent founder of Samsung, Lee Byeong Choll, the CJ Corporation – previously known as Cheil Jedang Co Ltd (spun off from Samsung in 1995) – is one of the leading companies in the Korean food market. CJ Corporation specialises in the production of sugar, flour, vegetable oils, animal feeds and refined foods.

The wheat processed at the mill is totally imported from Australia, US and Canada. The CJ Group mill is one of four in the country processing a total of 2.3 million tonnes of wheat per year.

In addition, the 59 affiliated companies of the CJ Group include bio-pharmaceutical companies and media enterprises.