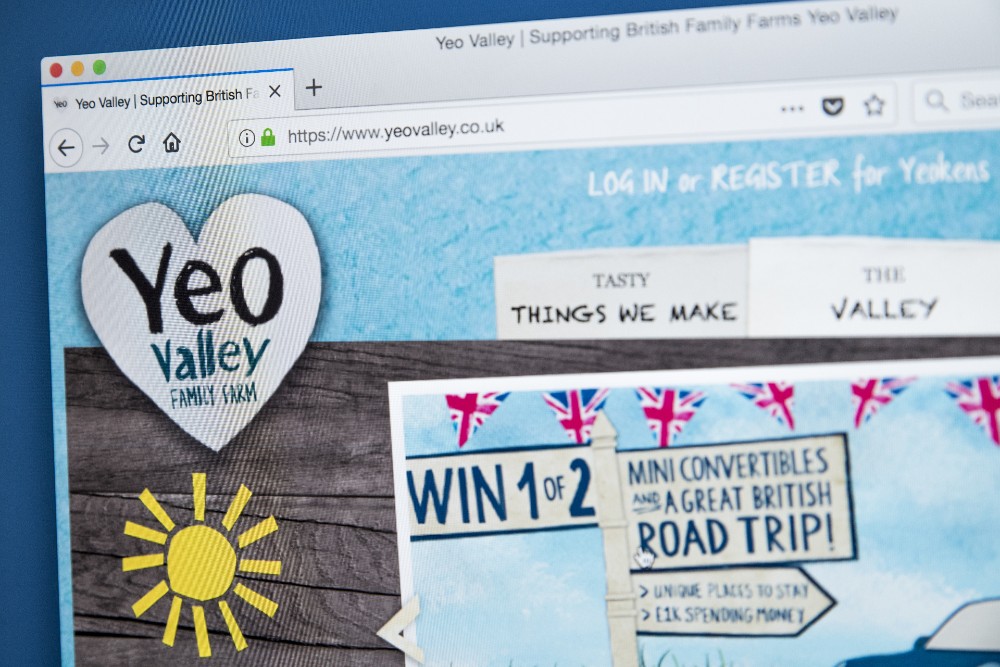 British dairy company Yeo-Valley partnered up with The Royal Horticultural Society (RHS) to launch a unique limited-edition blackcurrant-flavoured yoghurt in honour of celebrating Yeo Valley’s first organic garden for the autumn edition of the RHS Chelsea Flower Show this September. This launch taps into healthy indulgence trends and, importantly, the emphasis on organic claims will appeal to 39% of UK consumers, who reported that high-quality products and ingredients in dairy products translate to ‘good value for money’ to them.*1

The flavour was inspired by using high-quality British produce, including 100% British organic milk combined with specially selected organic blackcurrants sourced from a family-run blackcurrant farm based in Herefordshire. Notably, one in five (18%) of UK consumers stating that ‘organic’ food claims are the key driver influencing their choice of purchase, followed by a further 43% who reported that ‘organic’ claims are nice to have but not essential.*1 The new product launch is the latest flavour offered in Yeo Valley’s wide selection of yoghurts, including rhubarb, blueberry, lemon curd and black cherry. Yeo Valley offers consumers a more unique selection of flavours than the original standard range offered by most brands in the yoghurt category, which typically consists of strawberry, raspberry and apricot flavours.

The limited-edition Yeo Valley Organic RHS British Blackcurrant yoghurt is available for purchase by consumers at Sainsbury’s and Waitrose stores in the UK at a retail price (RRP) of £1.70. The exclusivity of the product is highlighted by only being stocked at certain British supermarket chains. Waitrose and Sainsbury’s are generally perceived as higher-end due to their slightly costlier prices and focus on natural produce, unlike other British supermarket chains such as Morrison’s and Tesco’s, which emphasise their affordability.

Although the show is not until Autumn, Yeo Valley launched its limited-edition yogurt with RHS early to encourage the public to become enthusiastic about a summer of gardening. Yeo Valley Organic head of gardening and creator of the organic garden Sarah Mead commented: “The launch of our British Blackcurrant yoghurt is a celebration of organic farming and we can’t wait for people to try it.” It reflects a willingness to engage with the consumer, as well as recognising that many will continue the hobbies and activities they adopted during lockdowns, namely, in this case, gardening. It is a light-hearted campaign targeting older consumers or those living in a rural area that are willing to opt for a slightly higher priced product that they deem to be of better quality than cheaper alternatives.

Yeo Valley is one of the major players in the UK’s dairy market and is ranked amongst the UK’s top yoghurt brands due to its consistent efforts to appeal to consumers via new product launches. Last year, Yeo valley produced a healthier alternative to double cream with its launch of a duo of sweet crème Fraiche varieties.