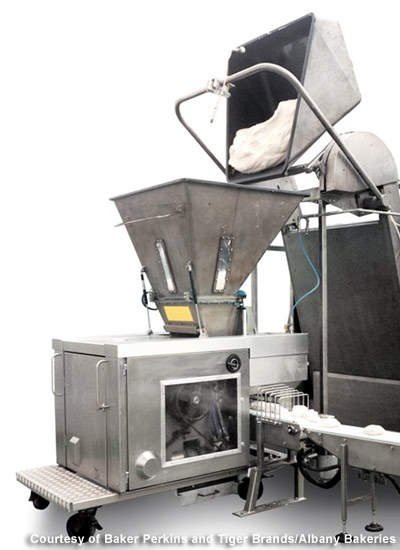 The Accurist dough divider can work for 35,000 hours before a major overhaul is required. 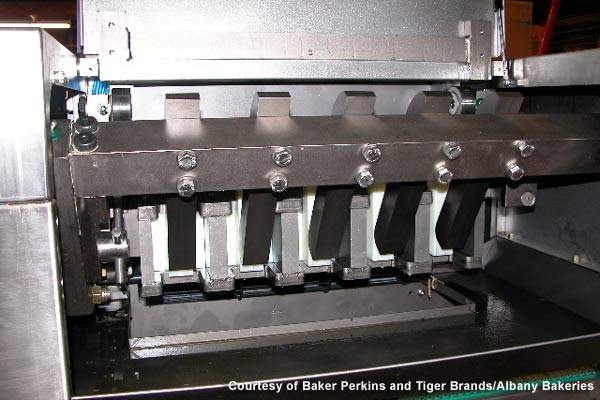 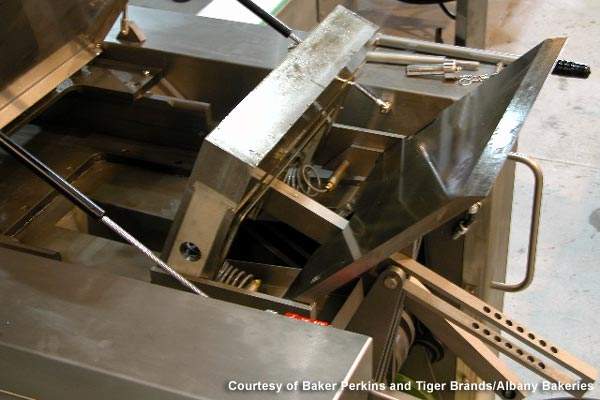 Knife and ram cleaning on the Accurist is simple.

Albany Bakeries is a South African bakery and a subsidiary of Tiger Brands, which markets food products such as cooking oils, sauces, bread, candy, ice cream, mustard and ready meals.

Albany Bakeries consists of a chain of 13 regional production sites that supply supermarkets across South Africa with bread and other baked goods such as rolls, buns and baps. Bread brands include Superior, Olde Cape and D’light and the range includes white, brown, wholemeal, muesli and fruit, brown seed, white ‘best of both’ and white and brown low GI. It also supplies sliced bread, which is becoming popular in South Africa as disposable income rises.

In 2009, Albany Bakeries upgraded equipment at ten of its bakeries to improve the quality of sliced bread and because the existing production equipment was aging.

“In 2009, Albany Bakeries upgraded equipment at ten of its bakeries to improve the quality of sliced bread and because the existing production equipment was aging.”

The equipment was provided by Baker Perkins through its South African distributor Techquip, and consisted of 12 Accurist dough dividers and seven conical moulders. Techquip provided training and technical support and will continue to provide servicing and spare parts during its working life.

The machines will play a key role in increasing Albany’s efficiency and reducing operating costs. Keith Graham, marketing manager at Baker Perkins in Peterborough, UK, said: “The existing equipment was aging and becoming increasingly costly to run in terms of both maintenance and poor weight control. Weight control is a particular problem in South Africa where a single underweight loaf can lead to the recall of an entire batch. Albany had experience of Accurist dividers in some of their bakeries and knew that they could reduce both divider running costs and product costs by upgrading their existing dividers to them. They looked at dough dividers from several different suppliers and decided that the combination of technology and the servicing package made Baker Perkins equipment the best choice.”

The main advantage of the Accurist dividers is that scaling accuracy is maintained over a long period of time. This reduces the amount of giveaway that the line produces, improving yield and profit. Bakeries can expect a standard deviation of 2.5 to 3.5g on a 780g loaf and over 10,000 hours of operation with no replacement parts. The Accurist also has low wear rates, low cost replacement parts and can operate for 35,000 hours before its first service.

Albany Bakeries has also invested in additional equipment from Baker Perkins including a full mixing and forming line at the Pretoria bakery and upgrades to mixers and final moulders.

Some of Albany’s Tweedy mixers were upgraded with a pressure vacuum system to give increased yield, improved crumb colour and softness, longer shelf life and reduced additive costs. In addition, Multitex4 heads were retrofitted to existing machines to give increased volume, improve the cell count by up to 10%, and to give an improved crumb structure.

During March 2008 Albany Bakeries adopted Symphony Environmental Technologies’ oxo-biodegradable additive d2w into its bread wrappers in a campaign called Project Bio. The bread wrappers will break down over a period of six months to two years.