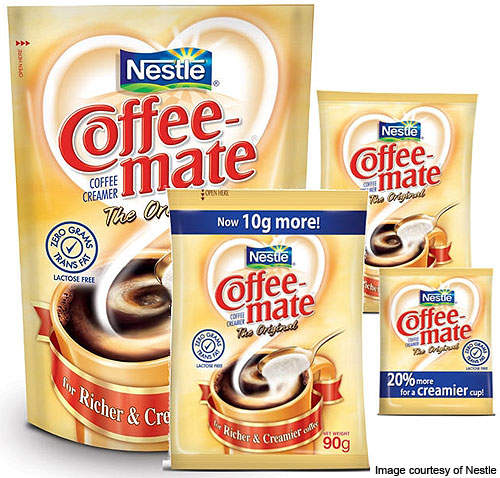 Most of the new plant's production will be Nestle's Coffee-Mate. 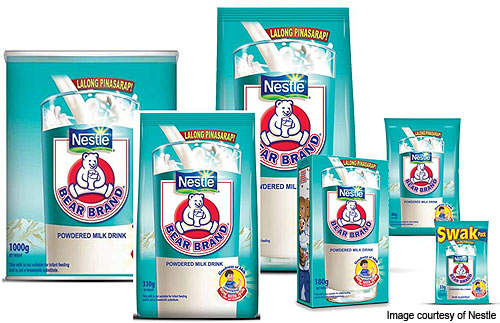 Nestle's Bear Brand powdered milk drink is currently manufactured at its facility in Cagayan de Oro in the Philippines. 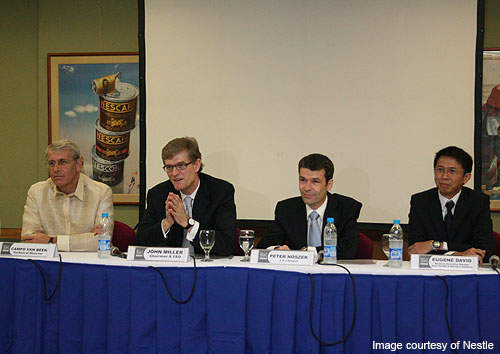 Chairman and CEO John Miller announced Nestle's plans to build the new plant in the Philippines in July 2010. 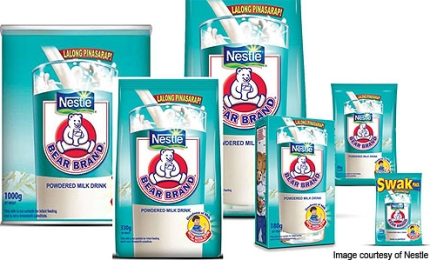 In July 2010, Nestlé unveiled its plans to build a new factory in the Philippine First Industrial Park in Tanauan near Batangas, Philippines. The first phase of plant construction was completed and inaugurated in October 2012. Nestlé invested 5bn Phillipine pesos (PhP) in the construction of the new factory over two years.

The Tanauan factory will stimulate economic growth in the region. It has generated about 145 jobs at present and will generate another 214 by next year. It will also indirectly generate hundreds of jobs in sectors that provide the plant with raw materials and services.

The investment required for the plant came from internally generated funds. Part of the investment was made by Nestlé’s headquarters in Switzerland. The remaining amount came in the form of loans from local banks.

"The new plant reaffirmed Nestlé’s commitment to the Philippines."

Nestlé sought tax incentives from the government for building the first phase of the new plant under the 2010 investment priorities plan. The 2010 plan provided tax incentives when at least 70% of the production was exported. It also helped crisis-hit companies which were in need of finance to expand and provide employment.

In March 2011, Nestlé España, the Spanish subsidiary of Nestlé, completed the expansion of its Nescafé Dolce Gusto plant in Girona, Spain.

Investment in the new plant came after speculation that Nestlé was pulling out of the Philippines. Stories circulated in the country that Nestlé would shift its factories in the Philippines and Malaysia to Indonesia, which is located closer to raw material sources.

With the new plant, Nestlé dispelled these rumours and reaffirmed its commitment to the Philippines. The company has been operating in the country for 100 years.

In addition to investing in the new plant, Nestlé has been upgrading its four factories. Investments will be made in new technology and equipment upgrades at these facilities. The upgrades are expected to help improve production capacity to meet increasing demand for Nestlé’s products in the Philippines.

Construction of the Nestlé factory

The project broke ground in November 2010. The plant is being expanded in three phases and spread over an area of 27ha with an estimated investment of 16bn Phillipine pesos (PhP). The first phase of the plant occupies five hectares. Construction of the remaining phases will depend on market demand.

"The new facility has an annual capacity to produce 60,000t of Coffee-Mate creamer and Bear Brand powdered milk drink."

Bear Brand is manufactured at Nestlé’s facility in Cagayan de Oro. The plant is already operating at full capacity of about 80,000t. Construction of the new plant is expected to help meet the growing demand for these two products. Although the new plant will manufacture Coffee-Mate and Bear Brand, most of the production will be of Coffee-Mate.

The future of the plant

The plant’s capacity may increase over the years and eventually reach about 100,000t. Nestlé’s other brands may also be manufactured at the plant. About 5%-6% of the plant’s production could be exported to Malaysia.