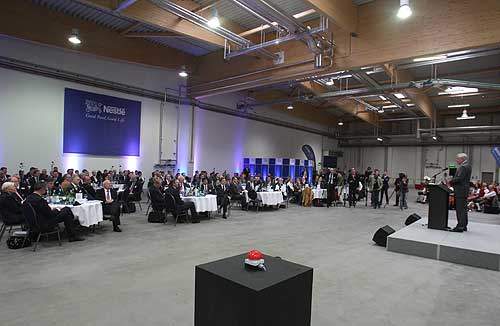 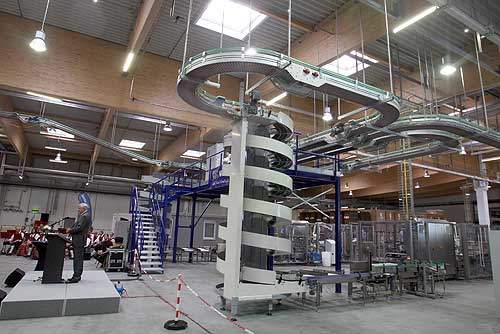 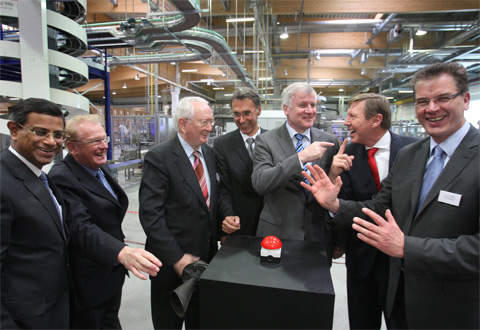 In March 2011, Nestlé Nutrition opened a new infant formula production plant in Biessenhofen, Germany. The company is a subsidiary of the Switzerland-based food and beverages giant Nestlé.

The new plant, an addition to the existing factory at the Biessenhofen site, is dedicated to the production of allergy risk-reducing or hypoallergenic (HA) infant formulae. The plant will produce brands such as Nestlé Beba and Nestlé Alete.

Biessenhofen is the third site of Nestlé to produce the HA infant formulae.

The estimated investment in the project is about €117m (CHF149m) and the site employs about 640 people.

The new Nestlé plant will have a production capacity of 28,000t of HA infant formula per year, equivalent to approximately 45 million packages.

The plant will double the capacity at the Biessenhofen site, with commercial production starting in May 2011. Products will be exported to approximately 80 countries across the world.

The new HA infant formula plant is located adjacent to the existing Nestlé Nutrition infant production site in Biessenhofen. The 23,000m² facility has a total industrial area of 22,921m² and will be the most modern and largest of its kind in the world.

The plant will have state-of-the-art HA processing facilities, including a 23m-high spray tower, cooling and thermal insulation systems, which are built using environmental friendly technologies for the efficient use of water and power.

The Biessenhofen factory was established in 1905. It has been involved in the research, development and production of nutritional products.

Nestlé Nutrition developed the HA infant formula in partnership with the Product and Technology Centre (PTC) in Konolfingen, the Biessenhofen HA production centre, the Nestlé Research Center in Lausanne and other external collaborators.

The new plant is part of a long-term goal of Nestlé Nutrition for further investments in the area.

Construction of the Nestlé Nutrition site

The official foundation stone laying ceremony of the project was held in April 2009. Roofing was completed in November 2009. Installation of the machinery and facilities at the site was started in April 2010.

Cleaning and product testing of the equipment began in November. The first spray-drying testing of the HA infant formula plant was conducted in January 2011.

The Nestlé’s HA formula is a clinically proven, easily digestible food for babies. It is developed with Protect Start / Protect Plus technology, which adds probiotics to the infant formula.

“Nestlé’s HA infant formula is based on 100% whey protein of cow’s milk.”

The bacterium promotes gastrointestinal health and decreases the risk of allergic developments and diarrhoea in non-breastfed babies. It is similar to the protective intestinal flora of the breastfed infants.

The HA infant formula is based on 100% whey protein of cow’s milk. The process involves hydrolysis of proteins with Nestlé’s proprietary predigesting whey protein process.

It breaks the protein enzymatically into peptides and improves oral tolerance to food allergies and the taste.