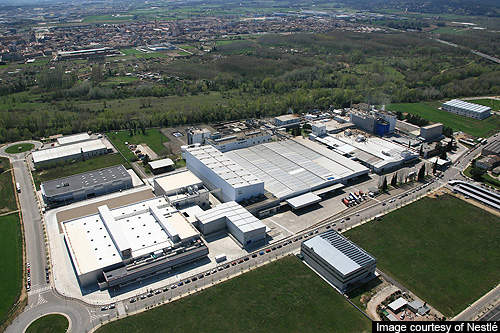 Nestl&eacute; Espa&ntilde;a has been operating an instant coffee manufacturing factory in Girona since 1968. 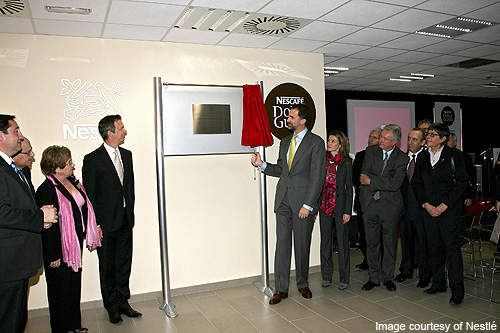 Bernard Meunier, Head of Nestl&eacute; Spain, the Crown Prince of Spain Felipe de Borbón and the Princess of Spain Letizia Ortiz during the inaugural ceremony in March 2011. 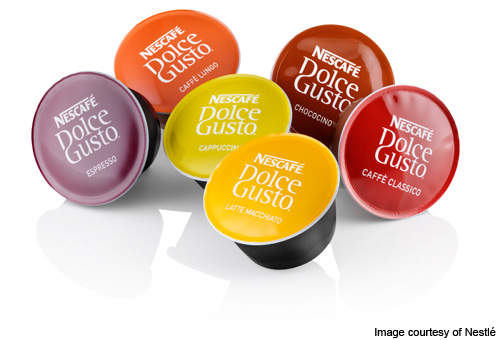 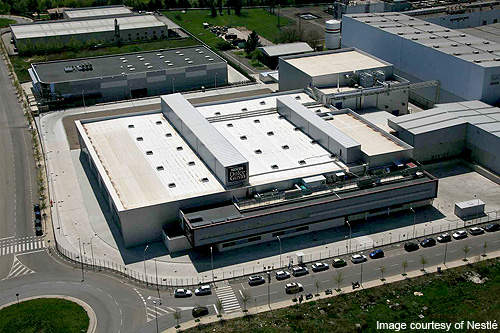 The 2011 expansion of the Gerona factory will increase its production capacity to 1,700 million coffee capsules a year. 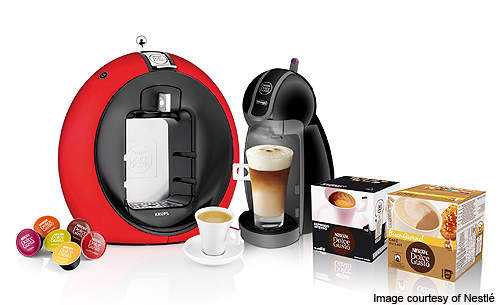 In March 2011, Nestlé España, the Spanish subsidiary of the Swiss food group Nestlé, completed the expansion of its Nescafé Dolce Gusto plant in Girona, Spain, by adding four new production lines. The site produces single-dose coffee capsules that are used in the Nescafé Dolce Gusto coffee machines that make both hot and cold drinks.

Nescafé Dolce Gusto capsules were first introduced in 2006 in UK, Switzerland and Germany. Nestlé manages a 2,000 million capsules production capacity at the Nescafé Dolce Gusto coffee factory in Tutbury, UK. The company decided to set up a similar plant and launch the product in Spain in 2007.

Nestlé has been operating an instant coffee manufacturing factory in Girona, near Barcelona, since 1968. In 2008 the site was chosen for the international production line due to its operational capabilities and the availability of qualified personnel. The factory remained successful despite facing competition from Eastern Europe and Russia.

The Nescafé Dolce Gusto factory with a surface area of 10,600m² was built with an investment of €44.2m adjacent to an existing Nestlé factory in Girona. It is the largest Nescafé factory in Europe and also the first in Spain to achieve Leadership in Energy and Environmental Design (LEED) certification for its sustainability. The plant produced 400 million capsules during its first full year of operation in 2010. The workforce was also increased from 100 to 180 in December 2010.

Construction of the factory began in 2008. It was opened with four lines that began production in September 2009. The plant was, however, designed to facilitate eight single-dose capsules production lines. The project also included €15m improvements to the existing factory and construction of a new €5m cogeneration power plant.

The sustainable features of the Girona coffee complex include rainwater collecting reservoir, latest lighting technologies, solar panels installation for heating water, insulation and a cogeneration plant (commissioned in 1991). A treatment system treats the wastewater and fumes from the toasters. The cogeneration system at the complex produces steam and power required for the processing. The system decreased the annual consumption of gas by 3,600t of equivalent oil and the emissions by 8,000t.

The total investment on the plant, including that on the four new production lines installed in March 2011, was €100m. The workforce at the factory was also increased to 250 people.

During the inauguration of the expansion, Nestlé unveiled plans to invest another CHF64m (€50m) in 2012. The new expansion will include an increase of the floor area by 3,600m² and installation of four new production lines. It will also generate 150 new jobs.

The plant produces 16 varieties of Nescafé Dolce Gusto. About 65% of the production is exported to 39 countries including 20 European countries, Japan, Argentina, Brazil, Chile, Mexico, Canada and the US.

The 2012 expansion will increase the annual production capacity of the plant to 2,500 million capsules with 12 production lines, an increase of about 50% over the current capacity.