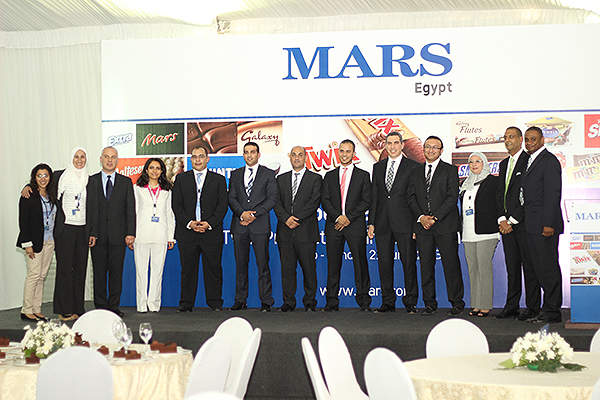 Mars will create 300 to 400 direct and indirect jobs in Egypt through the new Twix production facility. Credit: Mars. 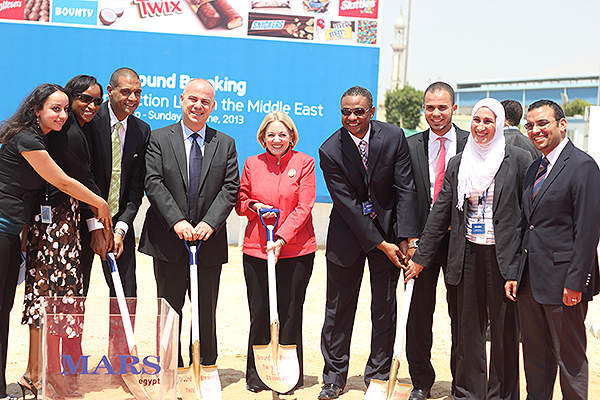 The ground breaking ceremony was attended by the US Ambassador to Egypt, Anne Patterson. Credit: Mars. 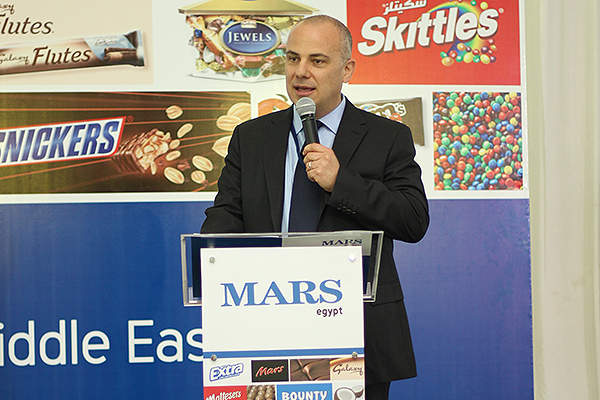 Mars began construction of a new chocolate production line in Egypt in June 2013. The new facility will be located at 6th of October City industrial zone in Giza city west of Cairo, Egypt.

The plant will manufacture chocolate bars for the local, Middle East and African markets.

The new facility will provide employment to about 300 to 400 people, in addition to the thousand jobs already directly or indirectly created by the existing production line.

Details of the new Twix production line in Egypt

The new chocolate manufacturing facility is being built as an expansion to the already existing Mars factory in Egypt. The second production line, located just next to the existing plant, will obtain most of the inputs from local suppliers.

“The chocolates will be exported mainly to the Middle East, Africa and India.”

The chocolates produced by the new line will be exported mainly to the Middle East, Africa and India. The exports will improve the economy of the country by bringing in foreign currency. The exports will also enhance the regional trade in Egypt and create new jobs.

The estimated investment in the new facility is EGP580m ($83m).

The new production line will produce Twix, a leading chocolate brand from Mars.

Other major brands of chocolates manufactured by Mars include Galaxy, Galaxy Flutes, Snickers, and M&M. The company also produces leading international brands such as Bounty and Maltesers.

Mars broke ground for the construction of the new chocolate manufacturing facility in June 2013. The ceremony was attended by the US ambassador to Egypt, Anne Patterson.

The construction contract will be awarded to a local company in Egypt. The project is expected to create direct employment to Egyptians by employing them as engineers, consultants and labourers. The new production line will also create many more indirect jobs in Egypt by sourcing more raw materials from the country.

The new production facility will be constructed with environmentally friendly features. It will be constructed in compliance with the highest international standards and will aim to obtain LEED Gold certification from the US Green Building Council (USGBC).

The buildings at the new plant will use natural lighting, with high standards in electricity usage, water waste recovery management, and recycling.

Mars is one of the largest confectionery manufacturing companies in the world, with its headquarters located at McLean in Virginia, US. The company has more than 135 manufacturing facilities located in 68 countries. It employs about 70,000 people in 230 sites across the world.

Its business is divided into six segments – Chocolate, Petcare, Wrigley, Food, Symbioscience and Drinks. It faces tough competition in the Egyptian chocolate market from Mondelez International and Nestle.

The expansion of the Twix production line takes the total investment of Mars in Egypt to EGP1.4bn ($200m). The new line will make Egypt an important regional export hub for the company.