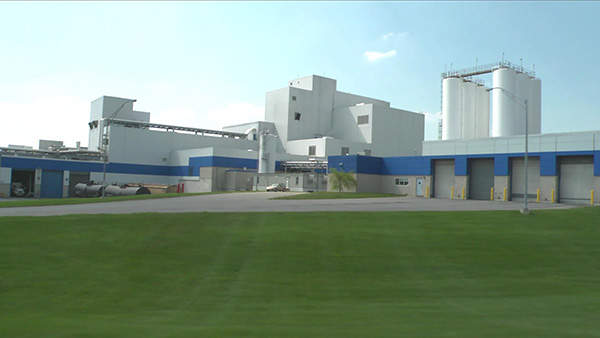 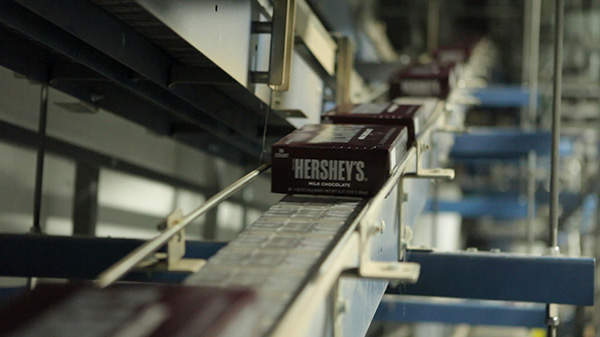 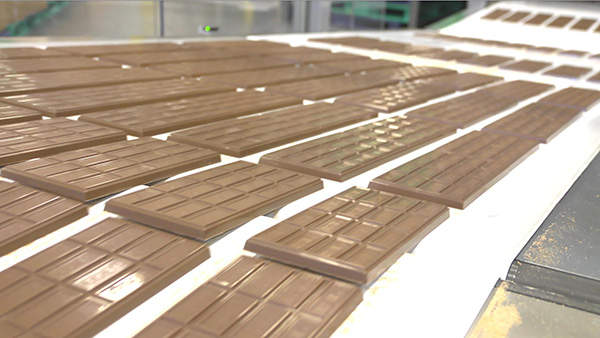 The Hershey Company manufactures and distributes a broad line of chocolate,

North America’s largest chocolate producer, The Hershey Company, officially opened its expanded chocolate manufacturing facility in Pennsylvania in September 2012. The factory is situated in West Hershey, an industrial town located about 22.5km to the east of Harrisburg, the capital city of Pennsylvania, US.

Built with an investment of $300m and armed with latest and greatest in innovation, the West Hershey factory is dubbed as the most technologically advanced chocolate production plant in the world. Brands such as Hershey’s Bars, Hershey’s Kisses Chocolates, Hershey’s Syrup and Rolo candy will be manufactured here.

The 31,587 square metre (340,000 square feet) expansion has doubled the size of the original factory built in 1992. It is located just about three kilometres away from the now closed (April 2012) East Chocolate Avenue factory, the first plant opened by the company’s founder Milton Hershey in 1905.

The entire production and the 500 to 700 employees of the century-old East Hershey factory have been shifted to the newly expanded facility.

Purpose of the chocolate factory expansion

The chocolate factory expansion project was the most prominent constituent of Hershey’s ambitious Next Century project, a modernisation and upgrading programme announced in June 2010 to strengthen the company’s worldwide supply chain. The programme was also aimed at ensuring a competitive cost structure.

The expansion was also necessitated because the historic East Hershey factory had grown too old to be modernised to cope with the manufacturing needs of the current century business. The project will enable the company to stay competitive with global companies in the industry. At the same time, it will be able to meet the needs of retailers and consumers.

The West Hershey project is one of the largest capital investments made by the company. It is also reported to be one of the biggest construction projects and the largest direct investment made by any food manufacturer in Pennsylvania in the last two decades.

The multimillion dollar project infused approximately $70m into the state economy and generated more than 300 temporary jobs during the construction phase. Materials and supplies worth about $25m were secured from sources within the state.

“The West Hershey project is one of the largest capital investments made by the company.”

In the next 60 months, the state is expected to benefit from more than one billion dollars generated from the new factory, in the form of supplier contracts, payroll and associated expenditure.

The Hershey Company received funding to the tune of $2.5m from the Opportunity Grant Program in 2010 as an aid to the modernisation project. The company has already spent in excess of $1.7m in transition training to prepare employees to work in the plant’s highly advanced manufacturing environment.

Construction on the project was started with a groundbreaking ceremony held in September 2010. It was completed on time and the expanded factory was formally opened for commercial operation after two years.

A total of 17,000 yards of concrete was poured for the construction. It is equivalent to building a 105km long pavement. Approximately 545t of rebar, 16km of utility piping and 1,900gal of paint were used for the expansion project.

The expansion was one of the most environmentally sustainable projects to date and was undertaken as part of Hershey’s allegiance to sustainability and the environment. It was a zero waste-to-landfill (ZWL) construction.

Features and technology at Pennsylvania’s plant

“The chocolate factory expansion project was the most prominent constituent of Hershey’s ambitious Next Century project.”

The technologically advanced West Chocolate Avenue factory is installed with state-of-the-art technology that has never been applied before. The proprietary candy making equipment accelerates production and delivers coherent and superior quality products. It can also be modified to manufacture new products in future.

The factory is also installed with a fresh almond roasting plant and features stainless steel corn syrup and fresh milk silos which can store tons of fresh ingredients.

Highly advanced information technology solutions such as automated, real-time diagnostics systems are provided for smooth functioning of the plant.

Contractors and suppliers for Hershey’s expansion

Turner Construction Company was the general contractor for the West Hershey expansion project. Nutech Corporation was the architect. Structural engineering services were provided by Pennoni Associates.

The cocoa and chocolate products manufacturer Barry Callebaut opened a new chocolate manufacturing plant in Extrema, the state of Minas Gerais, Brazil on 27 May 2010.

Nestlé opened a global product technology centre (PTC) for confectionery products in the city of York, UK, in 1991.