The new cocoa processing facility in Indonesia broke ground for construction in May 2013.

Cargill is the sponsor of the new cocoa processing facility in Indonesia.

The new Indonesian cocoa processing facility was completed by May 2014.

The facility has the capacity to process about 70,000t of cocoa beans per year. 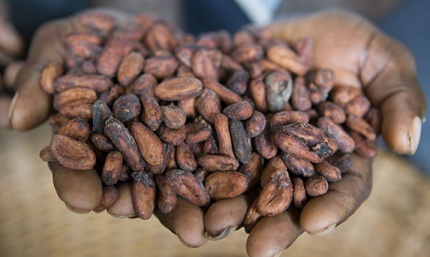 The new facility is Cargill’s first cocoa facility in Asia. It was expected to create about 200 new jobs in Indonesia. It also created additional jobs in R&D application centres in Kuala Lumpur and Beijing.

The new facility in Gresik, East Java, has the capacity to process about 70,000t of cocoa beans into different varieties of products for customers in the Asian market.

The facility complements Cargill’s global network of cocoa sourcing and processing facilities which are located across Western Europe, Vietnam, Cameroon, Ghana, Côte d’Ivoire, Brazil and the US.

The facility has state-of-the-art technology for processing cocoa beans.

Construction of the cocoa processing plant

The new cocoa processing facility in Indonesia became operational in May 2014. The investment in the construction of the facility was about $100m.

The cocoa product portfolio at the new facility includes cocoa liquor, cocoa butter and cocoa powder, which is sold under the brand name Gerkens Cacao.

The cocoa liquor and butter products are supplied to the chocolate industry and cocoa powder is supplied to dairy, confectionery, bakery and ice cream producers.

Cocoa trees require a tropical climate to grow and to produce cocoa beans. The beans are predominantly grown in West African countries such as Côte d’Ivoire, Ghana, Nigeria and Cameroon. Other countries which supply cocoa beans include Indonesia and Brazil. Indonesia exports about 35,000t of high-quality cocoa beans per year.

The new plant in Indonesia complements Cargill’s goal to encourage sustainable cocoa production throughout the world.

"The investment in the construction of the facility is about $100m."

Cargill began the cocoa farmer training programme in Indonesia in 2013, to encourage sustainable agricultural practices among smallholder farmers and the farming community. The company plans to provide training to more than 1,300 Indonesian smallholder cocoa farmers by 2015 by engaging farmer field schools.

Cargill has been sourcing cocoa in Indonesia since 1995. It is the third largest producer of cocoa beans. The company has initiated steps to strengthen the cocoa sourcing network across the country. With the new cocoa facility at Gresik having started processing, Cargill’s existing two cocoa buying stations in Indonesia will double the quantity of cocoa beans purchased from cocoa farmers to meet the demand for local processing.

Cargill Canola Processing Facility, Canada
Cargill is building a canola processing plant in Camrose, Alberta, Canada. The new facility will have an annual capacity to process 850,000t of canola.