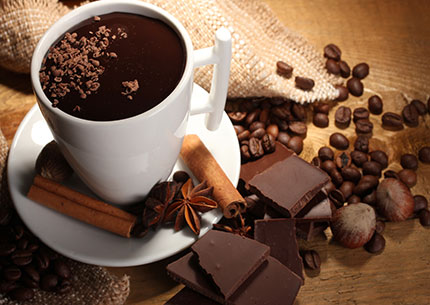 While the global economy remains vulnerable, certain sectors and industries have continued to defy the odds and display positive vital signs.

Take the luxury chocolate market. While cocoa beans have been a highly valued commodity for centuries – drinking chocolate having first been introduced to Europe by Spaniards returning from South Americain the mid 17th century – trade remains high, bolstered by new demand for high-end confectionery.

Why? Well, first off, our palates are becoming increasingly sophisticated, with many of us no longer settling for mass-produced products. Instead, more and more consumers are looking for hand-made sweets – the fruits of genuine artisanship.

As highlighted in a recent study conducted by KPMG on the luxury chocolate market, its emergence is also accredited to other factors including the rise of the middle class across several markets, better strategic marketing and innovation.

Confectionery is also getting wise to health concerns, too, particularly in the face of several governments threatening to levy taxes on products high in sugar and fats.

London-based Hans Sloane is one such business to benefit from these new opportunities. Taking its name from the late-17th century explorer credited with introducing drinking chocolate to the UK, the group boasts an extensive drinking chocolate range.

Some three centuries later, Hans Sloane’s innovative spirit lives on in the selection afforded to customers, which includes – in addition to various types of drinking chocolate – a "heritage selection", comprised of pralines, as well as milk and dark chocolate bars.

Yet, while clear deference is paid to its namesake’s original recipe, the business, early on, made a conscious decision to alchemise with new ingredients, in order to cater to new and diverse tastes. For this, it availed itself of the services of its highly-regarded head chocolatier, Bill McCarrick.

"All the recipes were designed by Bill," says Brian Watt, managing director. "What he tried to dowas take Hans Sloane’s method of mixing different ingredients together. For instance, that’s how he came up with our praline range – through taking a combination of different ingredients from around the world and putting them together."

According to Watt, the real demand placed on today’s chocolatiers is presented through the necessity for a rigorous trial-and-error approach. Before anything else – whether it is the packaging, marketing or dialogue with potential high-end stockists – the best ingredients need to be sourced and ascertained.

"It sounds obvious, but the most important thing for us is always taste," he explains. "What does the product actually taste like? Our drinking chocolate is not a by-product of anything – it’s made to look and taste great as an independent product. We also buy a lot of samples from our competitors, so as to benchmark ourselves against them."

While Hans Sloane has established itself an independent forerunner in the realm of luxury chocolate – it is stocked in various high-end establishments across the capital, including The Dorchester, Selfridges and The British Museum – the stars for confectionery start-ups are also on the rise.

And that doesn’t just go for chocolatiers.

Philippa Quayle founded her gourmet marshmallow company, Art Of Mallow, in her kitchen in early 2012. The idea had been conceived while watching television with her husband in their Leeds home.

"We were watching an American food programme one evening, which included a segment on marshmallows," recalls Quayle. "I’ve always had a sweet tooth, and watching the creation of these amazing products made me think, ‘We don’t have them in the UK’. So, soon after, I went into the kitchen and started experimenting."

Quayle, as she states, had identified something of a niche; high-quality marshmallows are still commonly perceived as being the sole preserve of the US market; while, in the UK, they are often limited to multipacks found down the aisles of supermarkets.
As an antithesis to said mass-produced marshmallows, which Quayle describes as "very uniform, bland and synthetic-tasting", Art of Mallow instead uses fresh, natural ingredients and handmade techniques.

"The big difference comes through care," says Quayle. "That means preparation by hand and making sure the sugar is boiled at exactly the right temperature. But the most important aspect is definitely the ingredients – instead of using artificial flavours, I use real fruit, albeit in the form of powder. Sometimes these ingredients are expensive, but I’m not prepared to scrimp. It’s worth it."

Quayle’s meticulousness has already yielded impressive levels of success. While still a cottage industry, Art of Mallow is now stocked in various organic outlets across Yorkshire, and even further afield in the West Midlands and London. She has not long transferred her production facility from her kitchen to the garage – "I needed more space!" she says.

At the time of writing, the Christmas period – traditionally a bumper season for all confectioners – is looming ever nearer. With competition at its most intense, companies, of varying sizes, will be looking to go the extra mile to differentiate themselves and attract the sweet-tooth custom yielded by Yuletide.

At Hans Sloane, a third chocolatier has recently been employed, while it is currently ramping up its packaging efforts- aesthetics play a significant role in anything marketed as ‘gourmet’, after all.

"Corporate hampers have been quite a big business for us recently – we expect that to continue," says Watt. "But the main challenge is really to maintain the highest standard with everything we do, whether it is making the products or packaging them."

For Art of Mallow – recently awarded a gold star at the Great Taste Awards for its raspberry ripple marshmallow – the next step will be simply "keeping it gourmet".

"Everything needs to be handmade," says Quayle. "This means creating small batches. I certainly don’t want to be replaced by robots! That would defeat the object entirely."