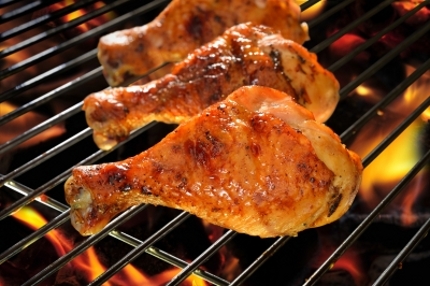 Chicken legs from the US to be sold in Jordan markets again following the scrapping of a packaging rule by the Middle Eastern country.

The sale of US chicken legs had dropped since 2010, after a ruling that restricted the weight of packages to 2.5kg (5.5 pounds), however, according to the new rules, packages of up to 15kgs will now be allowed for food processing.

The rule was brought in to protect the local poultry industry and to enhance food safety, as the country feared that chicken legs in bigger packages were being repackaged in smaller sizes.

General Mills likely to cut up to 725 jobs

General Mills, known for manufacturing Cheerios, Bisquick and Yoplait, will cut 675 to 725 jobs in an attempt to reduce costs.

The company’s restructuring plan, titled ‘Project Compass’, targets savings of $45m-$50m in annual costs, which also includes around $25m-$30m of savings in the new fiscal year.

General Mills is the latest among several companies to face slow US sales due to a growing awareness among consumers, and their shift from cereals and frozen foods to healthier options. As a result, many have been implementing cost-cutting programmes to adapt to global economic challenges, reported the Wall Street Journal.

UK markets will soon see the launch of a new powdered food that will eliminate the need for consuming real food by providing the complete daily recommended intake.

Huel will be produced from a combination of protein, carbohydrates and fats, along with a specific vitamin blend.

The founder of the product Julian Hearn has claimed that there will be no requirement for watching calories as the powder will be a complete diet in itself.

Nestle destroyed 27,420t of its Maggi noodles stock, worth more than $50m, in India after a recent ban on the products by the country’s food safety authority.

Nestle said in a statement: "The estimated sales value of the stock in the market, including those with our trade partners, is around $32.6m. In addition, there were Maggi Noodles and related materials in our factories and distribution centres when the withdrawal was announced, and the estimated value of these is around $17.11m."

The company is also expected to lose more than $200m in brand value after the noodle samples were deemed hazardous and unsafe for consumption by the Food Safety and Standards Authority of India (FSSAI), owing to the presence of excess amounts of lead.

Pork sold at UK supermarkets, including Sainsbury’s, Asda, the Co-operative and Tesco, have been found to be laced with a strain of the superbug, Methicillin-resistant Staphylococcus aureus (MRSA).

The bacteria CC398, which is a variant of MRSA found in hospitals, is linked to the overuse of antibiotics in food production. It is quite prevalent in various European factories, especially Denmark.

The contamination was exposed by a test carried out by the Guardian. Out of the 100 tested packets of pork chops, bacon and gammon, eight Danish and one Irish sample were found to contain the CC398 bacteria.

The US will soon import egg products from the Netherlands for use in commercial baking and processed foods due to the resulting shortage from the bird flu outbreak in the country.

Under normal circumstances, the US produces enough eggs to meet its domestic demand, as well as exporting more than 30 million boxes of twleve eggs every month to markets in Mexico and Canada.

However, the bird flu outbreak, which resulted in the death of more than 47 million birds, has led to an exponential increase in prices and an imminent shortage.

Oman Food Investment Holding Company (OFIC) will be investing around $620m in three projects that include the construction of dairy, poultry and red meat factories.

Mazoon Dairy Company, which was recently established by OFIC, is already in the process of building a $258m dairy farm centralised processing plant in the Wilayat of Al Sinaina, Al Buraimi Governorate. The dairy farm, which will begin operations by 2017, will initially have 4,000 milking cows, that will be later increased to a total of 25,000.

Products produced under the proposed dairy project will be marketed under the brand ‘National Pride’, and an estimated 400 direct and indirect jobs are to be created.

The US Food and Drug Administration (FDA) has introduced new restrictions regarding the use of antibiotics in cows, chickens and other farm animals in an attempt to fight the spread of superbugs that have become increasingly resistant to infection-fighting drugs.

FDA has outlined the Veterinary Feed Directive (VFD) final rule that will put the use of these drugs under the supervision of veterinarians to ensure they are used only to improve animal health.

As per the rule, veterinarians in all states will be given a framework that will authorise them to administer antimicrobials in feed when required for specific animal health purposes.