Expansion and upgrade of Burton-on-Trent brewery 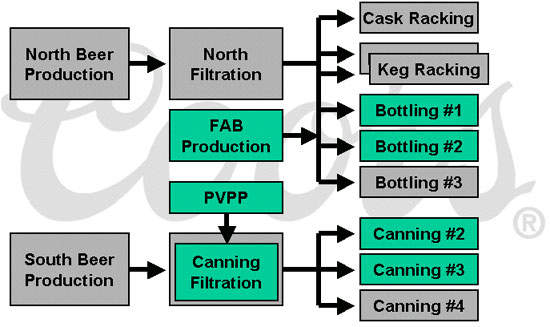 Coors plan for the reorganisation of production lines at Burton. 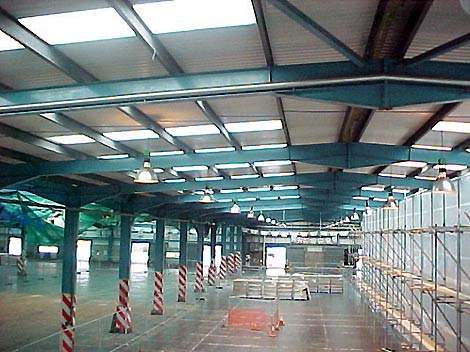 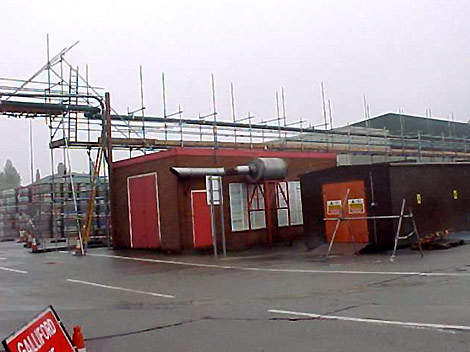 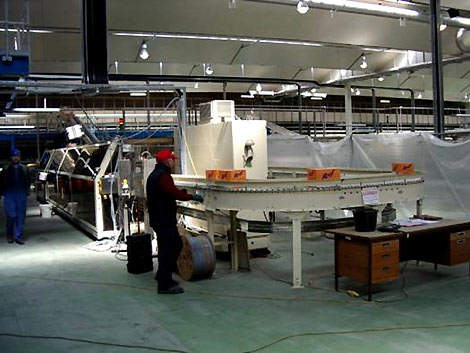 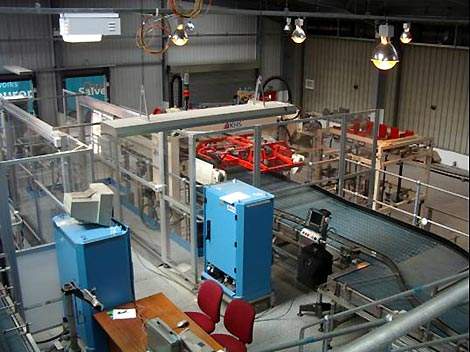 The South kegging line prior to being moved to the North site. 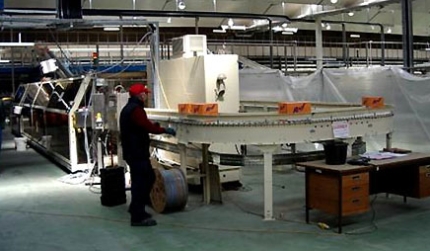 In 2001-02, Molson Coors Brewing Company spent $35m upgrading its brewery in Burton-on-Trent. This was known as the ‘Merlin’ project. Molson Coors entered the UK brewing market in February 2002 with the acquisition of Carling Brewers from Interbrew for $1.2bn. Along with the Burton-on-Trent site, the company bought breweries in Cape Hill near Birmingham, Tadcaster in Yorkshire and Alton in Hampshire.

"Molson Coors decided to close its Cape Hill site and reorganise production and packaging at Burton-on-Trent."

Cape Hill’s production had mainly been used for export to Interbrew. As Molson Coors acquired the brewery, this export capacity was no longer needed. However, the Cape Hill plant still had a small-pack capacity that fitted Molson Coors’ business. Molson Coors decided to close the Cape Hill site and reorganise production and packaging at Burton-on-Trent.

The Molson Coors site was split into two neighbouring production and packaging facilities, North and South. The two existing Burton can lines were combined into a high-speed line and relocated in the South warehouse. An existing widget (floating ball system used to provide a creamy head on canned beers) can line from Cape Hill was also relocated to this site.

Molson Coors Brewing Company is one of the world’s best-known brewers. In October 2007 its Canadian subsidiary Molson Canada officially opened its first new brewery in 52 years.

The area vacated by the two can lines was taken up by two reused bottle lines from Cape Hill. Finally, all keg production was moved to the North site and flavoured alcoholic beverage (FAB, commonly known as alcopops) mixing equipment was moved to a site close to the bottle lines.

By the conclusion of the project, Molson Coors had three canning and three bottling lines, designed to run a wide range of packages, yet with minimum system specification variation. This decision was aimed at supporting the brewer’s need for high operating efficiencies and rapid line changeover.

The canning lines were designed to handle steel and aluminium cans in 500ml, 440ml and 330ml sizes. The 500ml cans were also produced with a widget. All of the cans used at the brewery are supplied by Ball Packaging Europe, a subsidiary of Ball Corporation. Under the plan, one canning line, CL1, was to be closed. Two canning lines, CL2 and CL3, were to be relocated to the South site. The final line, CL4, was to be expanded.

"By the conclusion of the project, Molson Coors had three canning and three bottling lines."

New equipment was installed on the relocated CL2, including a depalletiser from Busse, matt top conveyors from Gebo, air conveyors and rinsers from Ling Systems, an auto lid feed from CSW, a Sander Hansen pasteuriser, a Twin-Stack from Riverwood (now Graphic Packaging International), a Kister tray and film packer and two palletisers from Alvey. On CL3, the other relocated line, Gebo provided a full can conveyor to go alongside pack conveyors from Alvey and ASI. The remaining line, CL4, was expanded with two palletisers from Alvey.

New ITW Hi Cone systems were installed for secondary packaging that allowed for both side- and rim-applied packaging in packs of four, six and eight. The side-applied system included a self-contained handle, which provided for side-lift carrying. The handle surface area could also be used for brand, pack size or promotional messaging with the addition of a communication label.

Filtration and control for canning lines

Deschutes Brewery is located in Bend, Oregon, US. The facility produces different varieties of beers such as lagers, ales and hand craft beers.

KG filters comprise thermally treated skeletons and housings of sedimented diatoms. The vast variety of skeleton particles forms a stable and porous matrix with a large specific surface area, which offers low density and excellent filter output. Silicates make up 85% to 90% of the diatoms. SeitzSchenk offers its clients a range of KG grades that possess various permeabilities so that a suitable product is available for every individual filtration task. PVPP sheet filters are used in conjunction with KG filters to finish the production of bright (particle-free) beer.

Along the line, FMA focused on the concurrent electrical installation and control system to move the filtered beer from the bright beer tanks to CL2 and CL3, via the use of an existing clean-in-place (CIP) unit. A Rockwell Controllogix solution was used to upgrade the existing PLC control system for filtration and to provide control over beer supply for the can lines. FMA was then able to provide a detailed functional specification incorporating filtration, CIP and beer supply requirements as well as operation of all new and existing process plants. The instigation of the new system required the use of software simulation procedures for the training of operators.

FMA was also involved as project managers in the upgrade of the systems at Molson Coors Burton Brewery which were responsible for the deaeration of water – removal of oxygen down to concentrations less than ten parts per billion. This required the replacement of the Mojo plant in the Burton South Filtration room. The contractors who supplied the new plant were Centec. The Burton South filtration room uses 580hl of water per hour and so the efficiency of the new plant had to be above recourse.

In May 2010, Grupo Modelo opened the first phase of a beer brewery and bottling plant in the Nava municipality in the Mexican state of Coahuila.

In the deaeration plant treated water is taken from a buffer tank and filtered to remove particulates of around 1µm. The water is then passed through two nitrogen sweep membranes to remove gas and chilled from 15°C to 1.5°C. Finally, it is stored in three 600 barrel tanks ready for use on the canning/bottling lines.

In August 2011, Molson Coors announced a £175m multi-year investment programme for its breweries in the UK. The programme includes an additional £15m investment annually over the next five years, mainly on the Burton-on-Trent brewery.

"In August 2011, Molson Coors announced a £175m multi-year investment programme for its breweries in the UK."

The Burton redevelopment project will remove old malting facilities at the site including a 57m malting tower. It also includes installation of modern bottling and canning areas, and new beer processing and filtration facilities. The new facilities will help in meeting the future needs of customers.

The project commenced in January 2012 with the removal of malting facilities. The malting tower was demolished in May 2012. The cleared site will be used to build an advanced energy centre after receiving permission from the planning commission. The energy centre will improve the efficiency of the facility and reduce energy usage by 20% by 2020.