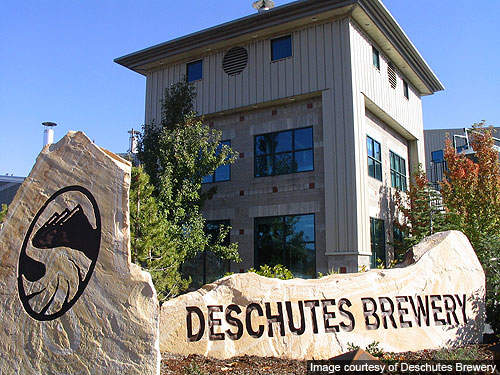 The landmark glass façade of Deschutes' building in Bend. 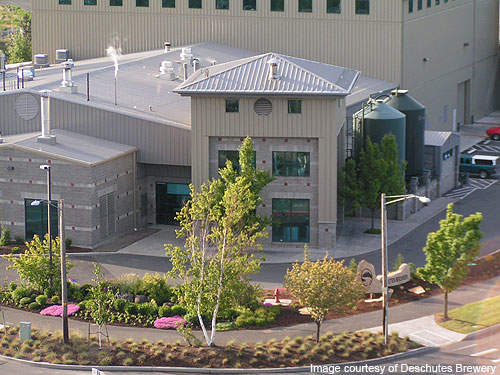 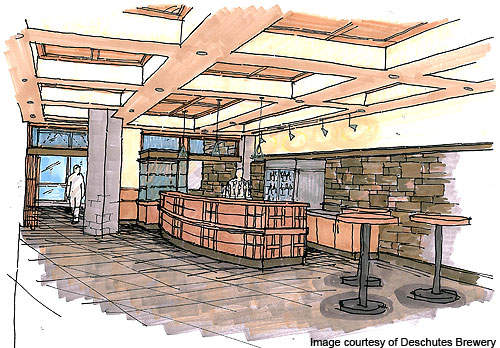 The expansion project included renovations to the gift shop and tasting room. 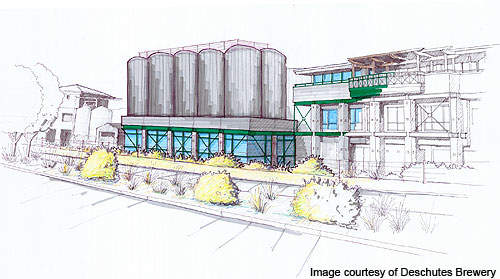 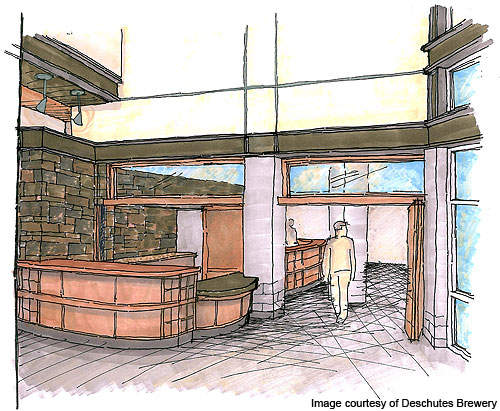 Reception area of the brewery. 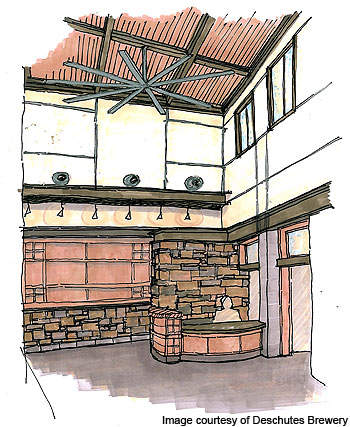 Interior view of the Deschutes Brewery.

Deschutes Brewery is located in Bend, Oregon, US. The facility produces different varieties of beers such as lagers, ales and handcraft beers. The beers are distributed in the Pacific Northwest of the US and 18 states including Alaska, California and Nevada, through retailers. Deschutes Brewery also operates brewpubs in Portland and Bend.

In March 2011, the company finalised plans to expand its production due to increasing local and regional demand.

Deschutes was established as a boutique brewery and public house in Bend in 1988. In 1992, the company expanded its footprint by constructing a 16,000ft² brewing facility in central Oregon. The landmark building is designed with a glass façade and a three-storey brew tower. It began production in 1993. The brewery used the latest brewing technologies and equipment, and also included a bottle packaging line.

The brewery underwent an expansion in 1999 to include automated equipment and double its size. The project included the addition of production, administrative and warehouse space. It had a production capacity of 120,000 barrels a year. The pub facilities were also remodelled to include a kitchen and a restaurant.

The plant has about 40 tanks and uses brewing kettles imported from Huppmann Tuchenhagen of Germany. It also has an advanced laboratory to examine the quality of the wort, beer and ingredients to improve the quality and consistency of the products. The production expansion will involve the addition of larger tanks for the main products and free-up tank space for speciality products.

Expansion of the Deschutes Brewery

Deschutes Brewery Public House was expanded in February 2012 by adding 7,500ft² of space to the existing pub. The new bar now has a seating capacity of 306 and features a remodelled kitchen.

A second expansion will increase the capacity to 600,000 barrels.

A new warehouse being built by R&H Construction adjacent to the plant will double the area of the existing building. The $6.5m project is scheduled for completion by March 2016.

The beer processing begins with the introduction of barley grains into the brew tower, which are then flown down to the mill and fed to the mixer. The mash then proceeds through tun and brew kettle and is finally pumped into the primary fermenter.

Unlike pasteurisation or filtration, the brewing process involves centrifugation of the beer. The local city water is passed through four carbon filters before being used for brewing.

Production of the brewery in 2010 was 205,000 barrels. The expansion increased the capacity by an additional 100,000 barrels a year. It also enhanced the brewing process, quality and consistency.

The expansion project was designed by BBT Architects. Walker Structural Engineering is responsible for the structural design and R&H Construction constructed the facility.

Ziemann of Germany supplied the large 1,300bbl fermenters. DKA Architecture & Design and SunWest Builders were the contractors for the Bend pub expansion project.