However, such a population increase comes hand in hand with the need to produce more food to feed them. Some estimates suggest 70% more food will be needed. But with 80% of cultivated land already in use and the rapid urbanisation of countries set to continue, the challenge of producing more food in a sustainable way will become ever more pressing.

One solution is hydroponic technology, a niche method of food production that allows producers to grow plants without soil. A subset of hydroculture, this method uses mineral nutrient solutions to feed plants in water without the need for soil.

Hydroculture subset: what are the benefits?

The earliest published work on growing plants without soil was Francis Bacon’s 1627 book Sylva Sylvarum. Water culture quickly became a popular research technique following the publication, but it was not until the 1920s that the idea really took hold.

In 1929, William Frederick Gericke of the University of California at Berkeley began promoting the idea that solution culture could be used for agriculture crop production. Gericke was able to grow tomato vines to a height of 25ft in his garden using mineral nutrient solutions instead of soil. In the present day, this technology is being used worldwide.

Using hydroponic technology to produce plants has a number of benefits when compared with traditional cultivation methods. In hydroponics, the roots of the plant have constant access to an unlimited supply of oxygen, as well as access to water. This is particularly important as a common error when growing food is over or under-watering. Hydroponics eliminates this error margin, as quantities of water, mineral salts, and oxygen are controlled.

Other benefits of hydroponic technology include the ability to better control the plant’s nutrition, a visible improvement in quantity and yields, a shortening of the growth interval for many plants, a high propagation success rate, savings on fertilisers, the absence of pesticides and herbicides, and a more efficient use of space. As the world’s population continues to grow, it is this last point that makes the technology such a useful one.

Hydroponics has the potential to sustain a large proportion of the world’s population and to allow third world countries to feed their own people, even in places where soil is poor and water is scarce. The technology can also be used as a valuable source of food production in places where space is scarce.

In Guangzhou, China, 14 hydroponic tanks have been installed on a rooftop measuring 1,600ft², producing hundreds of pounds of vegetables every year. The tanks are part of a study that is trying to show residents and developers in the Chinese city that their rooftops have the potential to produce a steady supply of vegetables that may even be cheaper than store-bought alternatives. Published in July in the journal Agronomy for Sustainable Development, the results of the study outline a comprehensive business model for hydroponic rooftop farming, a method that is already in use across the US, Canada, and Europe.

By 2020, Guangzhou’s population is expected to almost double, from 9.62 million in 2010 to 15.17 million. With this population expansion comes the need to produce more food, create jobs, and reduce the carbon footprint of transporting food into cities. 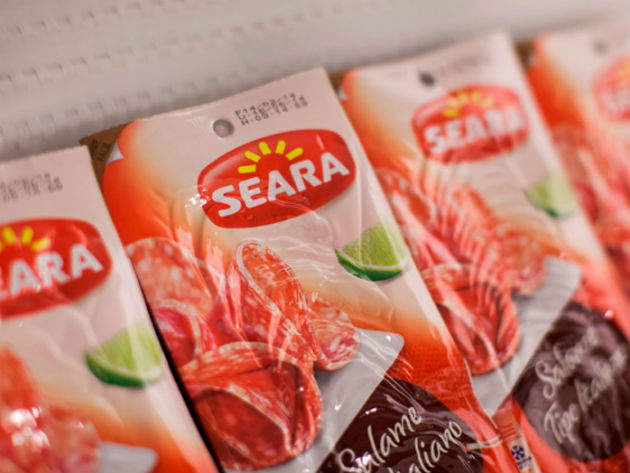 An appetite for industry: the ten biggest food companies by revenue

Research associate at the Worldwatch Institute Wanquing Zhou was quoted by Quartz as saying: “There is a need for rooftop farms not only in Chinese cities, but all major cities that have the resources (rooftop spaces, water, sunlight) and yet are heavily dependent on food produced long distances away.”

Being able to grow and produce food within cities for urban populations eliminates the carbon footprint generated through the transport of food from rural areas to city centres.

On the other side of the Pacific Ocean, the cities of New York, Chicago, and Montreal have all seen some success with rooftop hydroponic farms. Gotham Greens has four rooftop hydroponic greenhouses in New York and Chicago, which produce leafy greens, herbs, and tomatoes. Canada-based company Lufa Farms was credited with opening the world’s first commercial rooftop greenhouse in 2011 and now boasts a second greenhouse in the city, which yields 120tn of produce every year.

As consumer demand for sustainably produced (and sourced) food continues to grow, rooftop hydroponic farms like these ones in North America should continue to pop up in cities across the world. Rapid urbanisation in countries such as China and the resulting decrease in land available for agricultural activities will force populations to come up with novel ideas and technologies to cater for larger populations in smaller spaces.

The progression of hydroponic technology since Gericke first promoted the idea in the late 1920s has made soilless farming possible within urban environments. This simple but effective method is key to addressing the issue of sustainable food supplies as the world’s population continues to expand.

For anyone in the UK wanting to give the technology a try, Ikea introduced a line of indoor hydroponic garden products earlier this year, as part of the Krydda/Växer collection.

Ikea’s website claims: “Anyone can grow a garden”, and the collection has everything you need to get your fingers green and start growing your own herbs and lettuces.