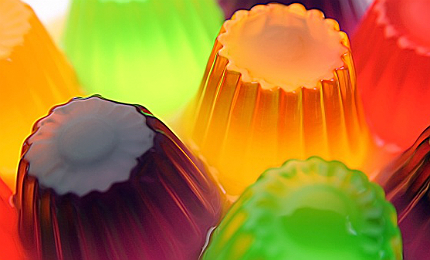 Since 2003 the European Commission (EC), along with the European Food Safety Authority (EFSA), has been evaluating the safety of thousands of food flavouring substances.

Ongoing work has resulted in a list of 2,500 flavouring substances being declared fit for human consumption and seven substances being banned completely, due to potential health threats relating to cancer, tumours and infertility.

"Ongoing work has resulted in a list of 2,500 flavouring substances being declared fit for human consumption."

This ‘Flavouring Evaluation Programme’ is intended to bring clarity to the industry and harmonise the use of flavourings across the EC. The UK Flavour Association agrees the industry will benefit from a list such as this, saying: "This list will lead to greater harmonisation in the EU as countries such as Germany will no longer have separate national lists."

Its other intention is to re-evaluate the safety of flavourings and ensure thorough clinical studies, research and evidence evaluation is undertaken so that only flavourings with no potential harm to humans make it into food stuffs.

While investigating, EFSA, along with the Scientific Committee on Food and the FAO / WHO Joint Expert Committee on Food Additives (JECFA), also involved in the research, all raised toxicological concerns about seven flavouring substances.

Speaking of the banned substances, an EFSA spokesperson said: "Potential adverse effects…could range from simple ailments and diseases to serious conditions such as cancer (depending on the level of consumer exposure in the diet which, in any case, is generally low for flavourings)."

Methyleugenol (4-allyl-1,2-dimethoxybenzene): withdrawn from the Community Register by Commission Decision 2002

This food flavour is commonly used as a flavouring agent in jellies, baked goods, non-alcoholic beverages, chewing gum, relishes, ice cream and as a fragrance in several cosmetic products. It is a natural component of a number of plants, such as nutmeg, pimento, lemongrass, tarragon, basil, star anise and fennel.

"A clinical study conducted on rats in 2001 by the EC found that methyleugenol is a multisite, multispecies carcinogen."

A clinical study conducted on rats in 2001 by the EC found that methyleugenol is a multisite, multispecies carcinogen – carcinogen being defined as a substance that is an agent directly involved in causing cancer. The study found that in both mice and rats methyleugenol induced different types of liver tumours.

According to the report, the intake estimation for humans is around: "13 mg/person/day and the 97.5th percentile was 36 mg/person/day. If expressed on a body weight basis these values correspond to 0.19 and 0.53 mg/kg bw/day, respectively."

Methyleugenol also demonstrated genotoxic qualities – meaning it is a chemical that has the affinity to interact with DNA, but not necessarily make it harmful to humans, but it can render them potentially mutagenic (inducing mutation) and cancerogenic (causing cancer).

Estragole (1-allyl-4-methoxybenzene): withdrawn from the Community Register by Commission Decision 2002

Estragole occurs naturally in the essential oils of a variety of foods including tarragon, sweet basil, sweet fennel, anis vert and anis star. Estragole is added to around 28 food categories, which included alcoholic beverages, canned fish, fats and oils.

According to a European Commission committee report, published in 2001, the average consumption of Estragole for humans is "4.3 mg/day and the 97.5th percentile to 8.7 mg/day".

After several studies were conducted on mice it was discovered estragole is a weak inducer of hepatocarcinogenicity, which is an inducer of cancer and liver tumours. It was noted that the smaller the does the less of an effect estragole produced. It was also found to be genotoxic and carcinogenic, but not mutagenic.

Capsaicin N-(4-hydroxy-3-methoxybenzyl)-8-methylnon-6-enamide: withdrawn from the Community Register by Commission Decision 2004

Is an active compound of chilli that is synthesised for use as a food flavouring in hot sauce, salsa and beverages in order to create a heat sensation.

In a statement the EC said of Capsaicin: "The Scientific Committee on Food concluded in its opinion of 26 February 2002 that N-(4-hydroxy-3-methoxybenzyl) – 8-methylnon-6-enamide (capsaicin, FL No 16.014) is genotoxic.

"Capsaicin is naturally present in capsicum species (e.g. chilli, cayenne pepper, red pepper). High consumption of chillies has been reported to be a risk factor for cancer. Although the maximum daily intake in the European Union is much lower than the intake levels associated with cancer, the addition of capsaicin as such to food should be avoided."

Propylparaben (propyl-4-hydroxybenzoate) and pentane-2,4-dione: withdrawn from the Community Register by Commission Decision 2005

Propylparaben is a natural substance found in many plants and some insects. A synthetic version is manufactured for use in cosmetics, pharmaceuticals and is commonly used as a food salt and food preservative. It is also used in face creams, deodorants and other cosmetics

In 1994 a group of parabens were declared acceptable to use within a set Acceptable Daily Intake (ADI). However, when they were re-evaluated in 2004 by the ‘Flavouring Evaluation Programme’ it was decided propylparaben should be removed from this group of acceptable parabens because in a study it had effects on sperm production at a relatively low dose in male juvenile rats. Therefore the panel felt unable to recommend an ADI for the substance.

In December the same year the panel decided "that pentane-2,4-dione (FL 07.191) is genotoxic in vitro and in vivo."

Acetamide: withdrawn from the Community Register by Commission Decision 2006

A statement on acetamide from the EC said: "The Joint FAO/WHO Expert Committee on Food Additives (JECFA) concluded during its 65th meeting of 7 to 16 June 2005 that the acetamide (FL 16.047) is clearly carcinogenic in both mice and rats, and although the mechanism of tumour formation is unknown, the possibility of a genotoxic mechanism can not be discounted.

"The JECFA considered it inappropriate for such a compound to be used as a flavouring agent. Accordingly acetamide does not comply with the general criteria set out in the Annex to Regulation (EC) No 2232/96 and was deleted from the register."

2-Methylbuta-1,3-diene: withdrawn from the Community Register by Commission Decision 2008

In experiments on animals 2-Methylbuta-1,3-diene showed genotoxic potential and carcinogenic effects in experimental animals and it was concluded it could be "possibly carcinogenic to humans", according to an EC report.

A statement from the EC said: "Methylbuta-1,3-diene is clearly carcinogenic in both mice and rats, and although the mechanism of tumour formation is unknown, the possibility of a genotoxic mechanism can not be discounted. The JECFA considered it inappropriate for such a compound to be used as a flavouring agent."

How much damage have the banned ingredients caused?

"Overall the EC’s and EFSA’s work has been widely welcomed."

These substances have already been consumed by thousands of people, so what potential damage could they have caused already? Julie Young from the UK Flavour Association says: "None; they are already used as foodstuffs and have been used as such for many years. Like all foods they are safely consumed in moderate amounts."

Flavours not included on the list will undergo a transitional period of 18 months and then will be removed completely from public use, accept for Methyleugenol and Estragole, which were taken out of use in January 2011 with the introduction of the European Flavour Regulation (EC). The new list comes into force on the 22nd April 2013 up until then it is the responsibility of member states to decide if these flavourings can be used or not.

Overall the EC’s and EFSA’s work has been widely welcomed. The UK Food Standards agency (FSA) said: "This will clarify the use of these substances across Europe, harmonising the market and maintaining high levels of consumer protection."

The EFSA’s and EC’s work won’t end here; it will continue examining and requesting more information on around 400 other flavourings so it can further determine their safety for human consumption and update the list accordingly each year.

As the industry gears up for the Christmas sale, Stephanie Phillips investigates this year’s trends in sweets and confectionery and finds out which flavours and formats are set to become this season’s favourites in the UK.

Food safety and the fungicide threat: pulp fiction or fact?

The discovery of the fungicide carbendazim in imported citrus products has reignited the debate over pesticide safety.

Flavour trends for 2012 could show a demand for unusual, spicy and indulgent combinations and ingredients.