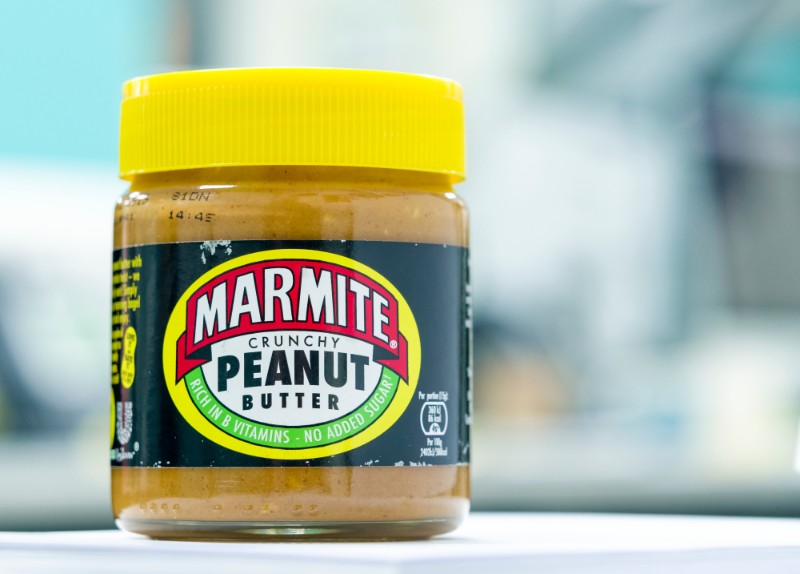 Marmite's first permanent product innovation since the brand's establishment in 1902 was a venture into peanut butter. Credit: Lenscap Photography / Shutterstock.

Nut-based spreads can be used as an ingredient or a topping. It is also a rich source of protein, fat and fibre. And, unsurprisingly, the most popular nut-based spread, both globally and in the UK, is peanut butter. With many consumers now better informed and able to distinguish between healthy and unhealthy products, manufacturers are diversifying their brand image by slowly inculcating ethical and environmental responsibilities into purchasing habits.

The UK has observed consistent growth in nut-based spreads for ten years, which has recently overcome jam sales. Leading player, Whole Earth, is looking to diversify its range, having recently launched Chocolate & Hazelnut Peanut Butter. This will help the brand appeal to less health-conscious consumers that might typically opt for Nutella, for instance.

New competing products from large and small companies will be hoping that the market evolves in their own favour, banking largely on either growing demand for health or sensory trends. PBfit, for instance, transformed the marketplace with the first-ever natural peanut butter powder that claims to contain 87% less fat and about one third the calories of traditional peanut butter. This backs up their motto, ‘peanut butter without the love handles’.

Perhaps surprisingly, Marmite’s first permanent product innovation since the brand’s establishment in 1902, was a venture into peanut butter. The launch largely relied on the brand’s well-established consumer base and wide appeal in the UK, pitting crunchy against smooth variations. The crunchy offering, which won out in the end, was voted for in a Twitter poll by 100,000 people last year. Following the ensuing noise from social media calling for the smooth variety to also be released, Marmite spread word of its release this year. This marketing move played into people’s fear of missing out on the discussion; having a significant group of excited consumers take part in a community and get in on the joke helped create buzz around the Marmite brand. And it is this sustained social media attention over the past 18 months that could steer the brand into more opportunities to shake up the sector.

One obvious barrier with peanut-based spreads is the associated allergy; in fact, peanut allergies around the world are increasing. King’s College London reported that over 2% of children and 0.5% of adults in the UK have a peanut or tree nut allergy. A similar study in the US reported that peanut allergy in children had increased by 21% during 2010–2017, totalling 2.5% of total US children. Only one in five of this group will develop an immunity. This problem is evidently growing around the world and proves a logical explanation for why this popular product isn’t found in many schools. With these factors considered, it seems unlikely that peanut butter has been increasing gaining in value over jam.

Alternatives with higher sugar content such as jam, will therefore be more credible as a breakfast alternative or snack at schools and nurseries. Current alternative nut-based spread flavors include almond, cashew, sunflower seed and pumpkin seed. However, as emerging categories, all of these alternatives combined only represent a small value of the spreads category.

With developments in peanut butter allergy treatment emerging, a cure for the allergy could provide a substantial boost to this market in the future. And with health-consciousness with regards to sugar levels and calorie intake on the rise, new peanut butters could completely toast any hopes of jam regaining its lead.