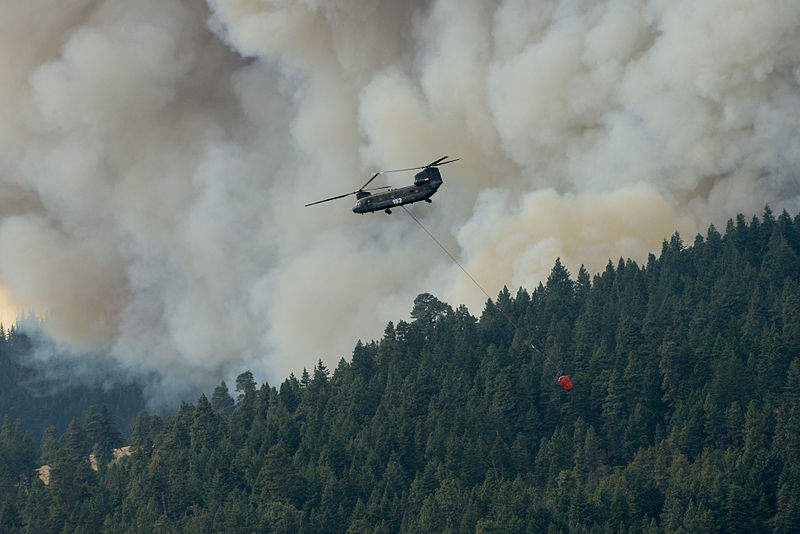 Last week, the US state of Oregon called a statewide emergency based on a massive wildfire that has consumed almost 80,000 acres. Credit: oregonmildep.

The extreme prolonged summer weather experienced around the world is having an impact that makes the concept of climate change more real for producers through to consumers, highlighting ways in which it may challenge the FMCG status quo.

Last week, the governor of the US state of Oregon called a statewide emergency based on a massive wildfire (alongside 200 smaller lightning strike fires) that has consumed almost 80,000 acres. Most significantly, the so-called Substation Fire has had concrete costs on farmers and organizations down the supply chain from them as rather than being a brush fire, it has also destroyed thousands of acres of wheat crops east of The Dalles, Sherman County, Oregon.

Wheat is a top ten commodity for the state of Oregon, and worth almost $186 million. This has led to calls in Congress for emergency federal aid to relieve farmers now facing massive losses. There are fears that crop insurance will be insufficient to handle the scale of the damage.

This example fits within a global trend this year; the unprecedented, relentless heatwave in Japan, seeing spikes above 41C/106F, has left 65 people dead and 22,647 hospitalized in the week to Sunday 22nd July. Now classified as a natural disaster, it followed record rainfall that killed 220 people. The current British summer has been reported as the hottest in 350 years, and mean summer temperatures are forecast to be nearly 3C higher in the 2020s.

If, as predicted by climate scientists, the trend for more severe winters followed by prolonged increasingly hot summers continues, it will have consequences that will necessitate changes from producers to end product manufacturers to consumers.

Climate change often remains abstract for consumers. This is despite widespread awareness of it, belief in changing behaviors to offset it, and a general “green” ethos and ethicality that is widely bought into. However, actual physical manifestations have seemed distant from many, particularly in the developed world or Northern Hemisphere.

Pressure to further limit emissions will increase. Consumer prices will increase and availability of popular foodstuffs may be impeded by crop damage or increasingly adverse conditions changing the geography and economics of agriculture. Unpredictable disruptions such as that manifest in Oregon could create localized problems that hit end product manufacturers.

Indeed, in addition to disruptions to the global flow of raw foodstuffs, concepts such as localism could be affected. Businesses and brands that are built on their local economies, and derive artisanal appeal from that could see those economies fundamentally change, forcing relocation or closure. Brands using local raw materials or ones sourced from specific locales may have to alter their supply chains, affecting both cost but also their brand narratives.

Oregon’s fires put into sharp relief the challenges that FMCG businesses need to have flexible responses to, both in the short and long-term – a commitment to ethicality and sustainable practices needs to factor in responsiveness to unpredictable natural threats and changes.