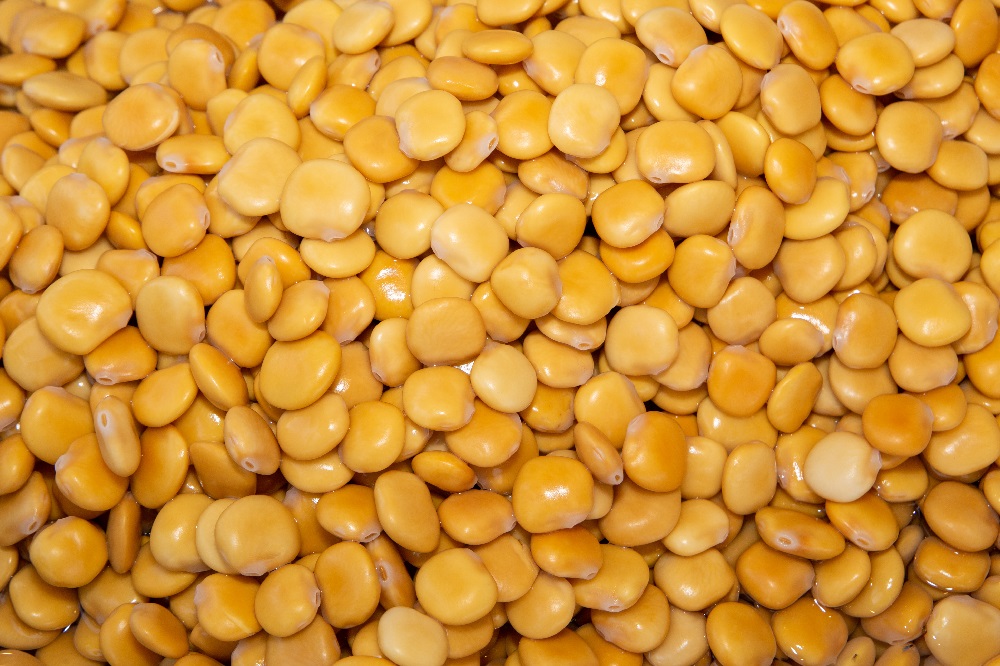 Lupreme is made from sweet lupin beans, which are claimed to be both healthy and sustainable. Credit: Francesco de Marco / Shutterstock.

Eighth Day Foods, based in Australia, has announced the development of Lupreme, a plant-based meat alternative made from sweet lupin beans and customised for Asian cuisine. With this product, Eighth Day Foods aims to capitalise on the rising consumer adoption of vegan and flexitarian diets on the back of health, ethical or ecological concerns.

While conventional plant-based meat is typically made from peas, soy, rice and wheat, Eighth Day Foods is banking on sweet lupins, a legume claimed to be both healthy and sustainable. Sweet lupins are claimed to be loaded with proteins, containing all nine essential amino acids and fibres, and are low on carbohydrates and salt.

The product is, therefore, said to provide various health benefits, including lowering blood lipids and blood pressure, improving insulin sensitivity and promoting the growth of a healthy gut and heart. Lupreme will resonate strongly with the 67% of consumers in the Asia-Pacific and Australasia regions who would be encouraged to try plant-based alternatives to meat or dairy products because of health factors, according to GlobalData’s 2021 Q1 consumer survey.

Sweet lupins are often cultivated as a rotation crop as their roots can trap nitrogen and phosphorus from the atmosphere into the soil, thereby enriching the soil. As a sustainable, less water-intensive and low-carbon footprint crop, lupin beans will appeal to the 43% of Asian and Australian consumers who said in the survey that their choice of products and services are often or always influenced by how ethical, environmentally friendly and socially responsible the product or service is.

Most plant-based meat alternatives currently available in stores are positioned as alternatives to red meat or chicken, and most are crafted in the form of western foods such as burger patties, hot dogs, and ground mince. Lupin beans have also already found use in the food industry as egg replacements and gellants. There is, therefore, a gap in the market for traditional Asian styled plant-based alternatives.

Recognising this fact, Eighth Day Foods claims its product is suitable as a substitute for red meat, white meat and fish for more flavourful Asian dish types, as it has a neutral taste and absorbs added flavours from sauces and coatings well. By using a proprietary fermentation process, Lupreme is also endowed with an earthy flavour and a moist springy texture that enables versatile use across various traditional Asian dishes such as dim sums, dumplings and soups.