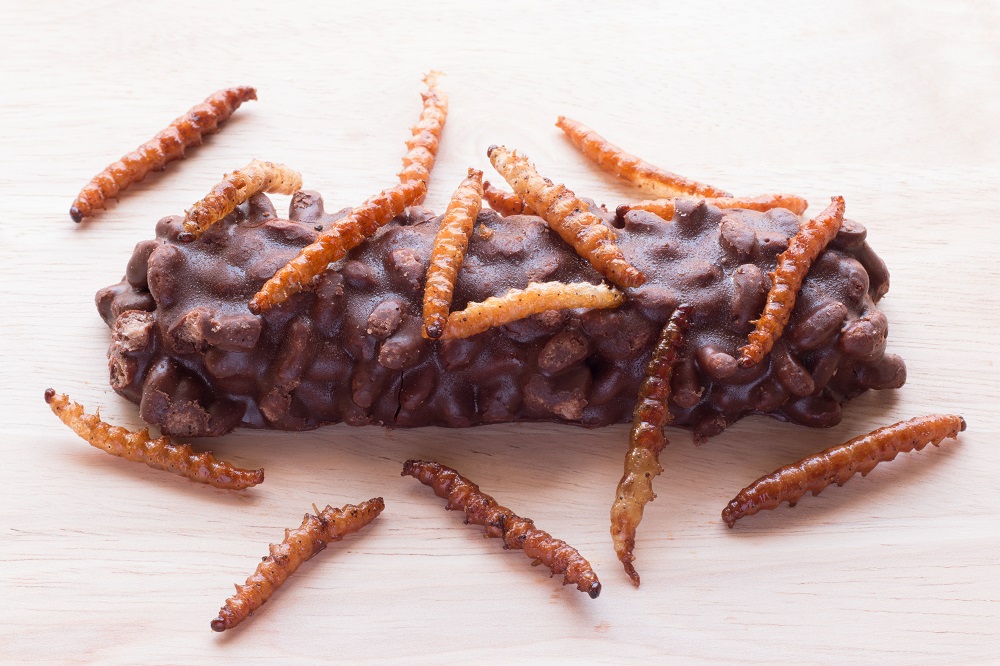 Altimate Nutrition has announced plans to introduce its insect-protein bars in Singapore as soon as it gets the go-ahead from the Singapore Food Agency (SFA). While several companies operating in Singapore manufacture insect-based animal feed, Altimate Nutrition is the first company to produce insect protein for food applications.

Altimate Nutrition’s protein bars are claimed to be made with sustainable ingredients, including cricket meat sourced from an insect farm run by Asia Insect Farm Solutions in Indonesia, without any added colours, flavours or preservatives. The company’s founders claim that crickets are a veritable ‘superfood’, with their high density of proteins, including all essential amino acids, and micronutrients such as iron, calcium, potassium, vitamin B12 and omega-3, 6 and 9 fatty acids. As well as being a less resource-intensive, waste-generative and polluting industry than cattle farming, cricket farming is also less capital-intensive and therefore a potential source of livelihood for low-income communities.

Asia presents a lucrative market for insect food production and consumption, as insects are already a part of the food, feed and agricultural practices in rural areas of China and several South East Asian countries. These include Cambodia, Laos, South Korea, Thailand, the Philippines and Vietnam.

Thailand is a frontrunner for edible insects, with more than 20,000 large-scale and small backyard insect farms operating across the country. This has lured several early birds to the Thai market, including cricket flour vendor The Cricket Lab; the Italian company Bugsolutely, which offers pasta made with cricket flour; a snacks brand named Bella Pupa Massimo Reverberi, made with Chinese silkworms; and Ento, a Kuala Lampur based startup offering a wide portfolio of insect-protein products, including insect snacks.

Last year, Thai-based seafood processing enterprise Thai Union Group acquired a stake in Manna Foods, an American insect-tech company, in line with its goal to make alternative proteins a growth segment for its business. Thai Union also announced an investment into FlySpArk, a startup developing protein products from fruit flies in collaboration with leading food companies such as Groupo Bimbo and Nestlé. Insect farms are also commonplace in Cambodia, Laos and Vietnam, making these countries a natural home base for insect manufacturers such as the Cambodian company Bug Bacon, which sells bacon snacks made with black soldier grubs.

In spite of this, the commercialisation of insect foods has been slow due to widespread disparities in consumption behaviour, such as the popularity of insect consumption (entomophagy) in villages and its absence in cities, as well as the customer preference for whole and live insects, which are perceived to be fresh, instead of highly-processed products such as insect flour. Overcoming food regulations also poses a major hurdle for insect protein manufacturers. Religious observances are another challenge, with crickets considered halal while there is no clear consensus on whether worms are halal.

The United Nations has acknowledged the high accessibility, nutritive value and sustainability of insect proteins and their necessity for feeding the burgeoning global population. The organisation has, however, called for the modernisation of production systems to ensure that edible insect products are free from pathogens and toxins such as pesticides.

Despite this, the future prospects for Altimate Nutrition’s cricket protein bars in Singapore are promising. In GlobalData’s Q1 2021 survey, 26% of Singaporean respondents said that a company’s ethical supply chain is an essential driver of product purchases. A third of Singaporean respondents in the survey stated that their purchasing choices were often or always influenced by how ethical, environmentally-friendly or socially responsible the product is.

Before going for a full-scale retail rollout, Altimate Nutrition will begin offering products through its own website and organic supermarkets such as Scoop Wholefoods, where the target audience of health-conscious and ethical consumers typically comes to shop. The company aims to partake in Singapore’s ‘30 by 30’ initiative to attain 30% self-sufficiency in food production by 2030.