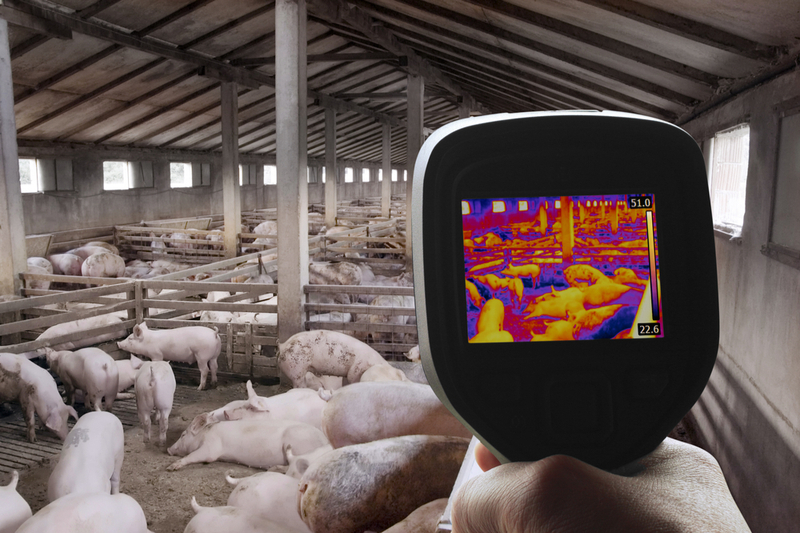 African swine fever is a highly contagious virus, with no known cure and a near-zero survival rate for infected pigs. Slaughtering infected animals is the only effective way to curb its spread, and its arrival has had a devastating effect in China.

The Chinese National Bureau of Statistics has stated that the country’s pig population has fallen by nearly 40 million to 375.3 million from a year earlier, as a direct result of the swine fever outbreak.

However, some experts believe that this figure is an underestimate and that China is underplaying the situation. Rabobank has estimated that China’s pig population has actually shrunk by 50% to 200 million in the last year, and this will have an impact on supplies for many years to come.

Pork plays a crucial role in Chinese cuisine and the country is the largest consumer and producer of pig meat globally. In fact, in Mandarin Chinese the word for “pig” and “meat” is the same, highlighting the central role pig meat plays in the dietary habits of Chinese consumers.

According to official figures released by the National Bureau of Statistics China, the price of pork was up by 46.7% in August when compared to a year earlier, affecting an increase of nearly 1.08 percentage points to Consumer Price Index (CPI) growth.

The price of pork has already surpassed the historic record, which was set in 2016, inducing fear in Beijing of the economic impact on low-income people in particular.

In September 2019 the Chinese government announced it would be releasing pork supplies from its central reserves in an attempt to tackle the issues of soaring prices and shortages.

Another strategy which the government has tried is to increase pork imports from the US, which is another major global producer. While this solution would usually be effective, the ongoing trade war between the two countries means that US pork exports to China are currently facing tariffs of 62%, compared to 12% prior to the trade war.

According to data collected by the U.S. Meat Export Federation, US pork exports to China and Hong Kong rose 33% in May from a year earlier to 45,442 tones, though exports for the first five months of 2019 were still 7% lower than in 2018.

EU pork market has been a major beneficiary of the outbreak

In addition to sourcing pork from the US, China has also turned to the EU in its attempt to cater to domestic demand. Exports of pig meat from the EU to China jumped by 45% in the first seven months of 2019, and are already approaching the total for the whole of 2018.