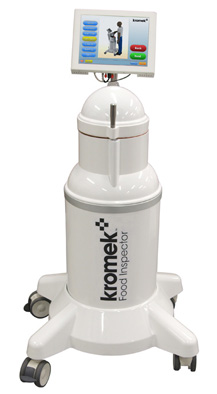 Kromek, a platform technology company based in the UK, has launched Food Inspector, a radiation detector specifically developed for the food industry, which can determine if food is safe for consumption.

The new product was unveiled in Tokyo, Japan, which is still reeling from the after-effects of the accident at Fakushima Daiichi nuclear plant in March 2011.

The high-performance monitor can identify the presence of radioactive contaminants in up to 1l of solids or liquids.

The detector uses Kromek’s advanced UltraShield detector technology to differentiate between man-made hazardous radiation sources in the environment – such as those from nuclear accidents – and typical background radiation.

The company claimed that the device provides accurate and faster readings compared to other detectors in the market since it can differentiate the two kinds of radiations.

It also uses touch-screen technology and offers a user-friendly software interface, making it easy to use with little training.

A sample measurement gets completed in less than a minute, following which, the device displays the measured levels of radiation on the screen in an easy-to-understand format.

Kromek chief executive officer Arnab Basu said that the Food Inspector is fast, accurate and highly cost-effective, and has been designed to help food retail chains demonstrate the safety of food.

"The system is very easy to use, requires minimal training and will stimulate confidence in both suppliers and customers in the food retail chain and ensure regulatory requirements are fully met," Basu added.

The company noted that the radiation detector is being targeted towards food producers, suppliers, wholesalers, distributors, export/import agents and test laboratories.

Image: Kromek’s Food Inspector can identify the presence of radioactive contaminants in both solid foods and liquids. Photo: Kromek.