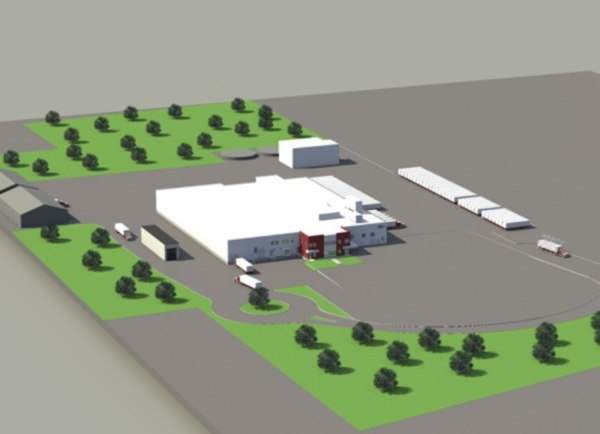 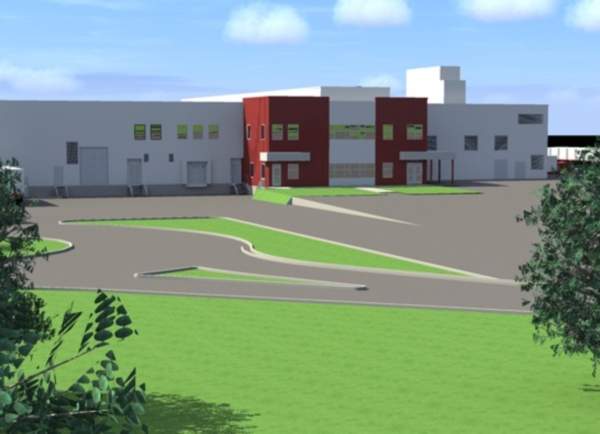 Sunnymel purchased two existing buildings at the plant site, which serve as extensions to the main building. Image courtesy of the Sunnymel slaughterhouse project. 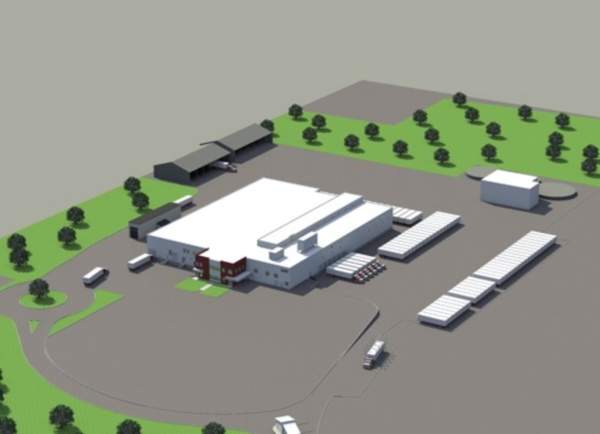 A garage was built on the site of the project. Image courtesy of the Sunnymel slaughterhouse project. 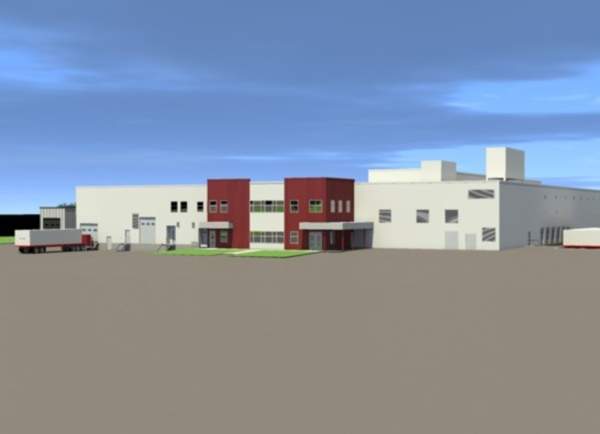 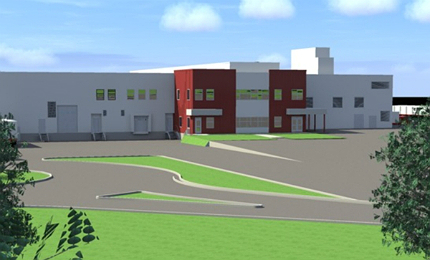 The plant commenced operations in November 2012. It will provide employment to 200 people upon reaching its full capacity in 2013.

The slaughtering facility has a capacity of 450,000 birds a week and processing capacity of 12,000 birds an hour, assuming a single operating shift in a day. Westco is supplying live chickens to the plant, while Olymel is marketing the processed output.

Sunnymel began construction of the facility in August 2011 after receiving the necessary environmental and government approvals.

The incident caused damage and costs of approximately $500,000 to Sunnymel. Sunnymel, however, completed the project within the scheduled timeline.

Olymel and Westco announced the $50m project in 2009. The project scope included a chicken processing facility, a wastewater treatment facility, a maintenance garage for the trucks carrying live chickens to the site, a private access road to connect the plant to route 161 and a parking area for employees.

The project, however, witnessed a minor setback due to a conflict between the Westco Group and Nadeau Maple Lodge, a poultry processor.

Westco had agreed to supply live chickens to Nadeau’s slaughtering house in St. Francois-de-Madawaska but did not make any legitimate supply contract. After partnering with Olymel in 2008, Westco ceased supply of birds to Nadeau and shifted their entire supply to Olymel’s plant in Quebec.

Nadeau filed a case with the Competition Tribunal against Westco and appealed to force the latter to guarantee live chicken supply to its Madawaska plant.

The case was later escalated to the New Brunswick Court of Appeal, which announced its final judgement in favour of Westco in June 2011. The judgement cleared the path for the project to progress.

The site for the slaughtering facility is located in an industrial zone in the village of Clair, in the Haut-Madawaska region. It is spread over 82ha. The plant was built over 25ha (250,000m²) of land, covering 6,430m² for the processing buildings.

The partners acquired private land in Clair in October 2009. They purchased two buildings and another 100 acres (40.4ha) of land in April 2010. The additional land was purchased to create space for truck traffic, which facilitates access to the plant.

The two existing buildings are used as extensions to the main building. One of the buildings houses the birds arriving at the site.

The site was chosen for its proximate distance to more than 80 bird growing farms. In addition, Clair has enough underground water to meet the plant’s requirements.

The Sunnymel plant has an environmentally-friendly design and operation.

The plant consumes about 2,200m³ of potable water a day. The Clair municipality upgraded its network to supply the required water for the plant. In addition, potable water available underground can partly meet the plant’s water requirements.

"Westco is supplying live chickens to the plant, while Olymel is marketing the processed output."

A wastewater treatment facility was built within the plant to treat the water used in the plant’s operations. The treatment unit is designed for a daily screening capacity of 1,800m³ of wastewater.

The dissolved air flotation technique is used for primary treatment, while a biological sequential batch reactor is used for secondary treatment of the wastewater. An outfall pipe discharges the treated process water to the St John River.

The plant is a completely closed door operation to minimise air pollution. Feathers and by-products are picked up on a daily basis to avoid contamination. The sludges are also picked up daily to reduce environmental impact.

Westco will supply approximately 90,000 birds a day to the plant at the full scale of operation. The processing is done in four steps, which include killing of the birds, evisceration, packaging, storage and shipping.

Sanderson Farms, the fourth largest poultry producer in the US, added a new processing facility to its portfolio in 2011. The facility is located in the city of Kinston, in the Lenoir County of North Carolina state.