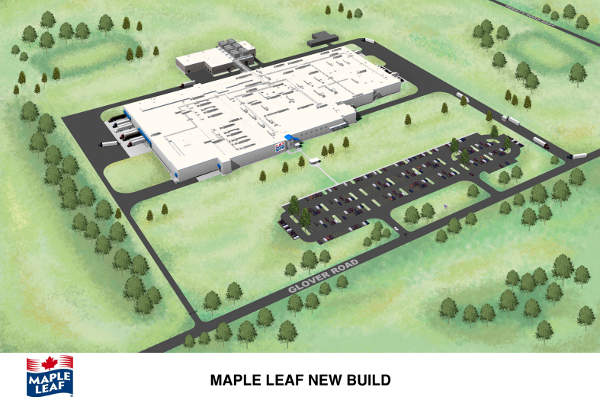 The Maple Leaf Foods facility in Hamilton was opened in 2014. 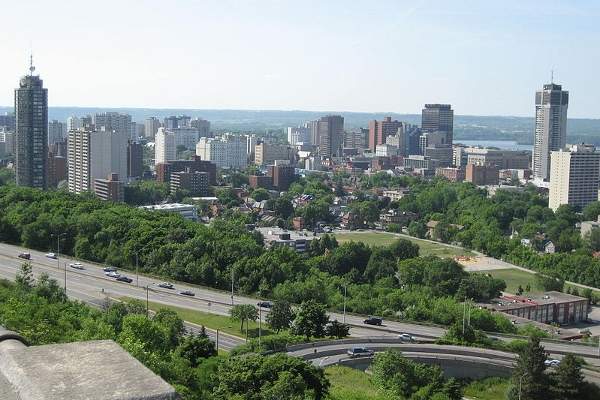 The processing facility was built at Red Hill Business Park South in Hamilton. 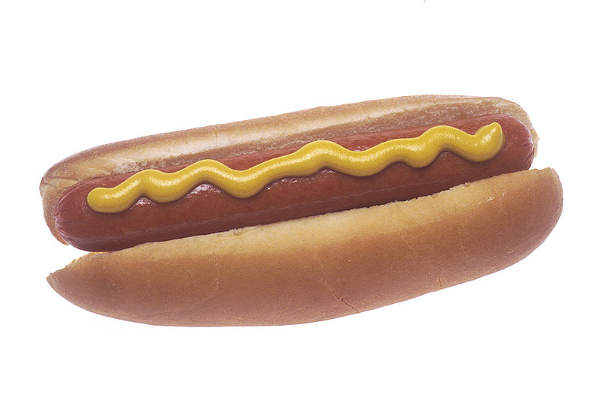 “The plant is the largest and most technologically advanced in Canada.”

In January 2012, MLF purchased 48 acres of land for the new meat plant in the city of Hamilton, which has the necessary space, skilled workforce and public transit facilities. Furthermore, the city is located near to the key markets of Toronto and Ontario.

The new facility benefits Hamilton by adding a property tax base of approximately $2m every year. The investment for the construction of the new facility was roughly $395m. MLF previously opened a new bread production facility in Hamilton in November 2012.

The new meat facility has a total floor space of approximately 500,000ft². It produces deli meats, processed meat and wieners. The plant is not involved in slaughtering or rendering, so it produces minimal odours.

It created jobs for more than 670 people. Maple Leaf Foods closed the existing processing plants located in Hamilton, Kitchener and Toronto upon completion of the new plant. It also shut down three out-of-province plants located in Saskatchewan, New Brunswick and Manitoba, as well as four distribution centres in the country. The employees at the closed plants have been relocated to the new plant.

The new facility uses automation to make the whole food process safer by reducing the amount of human handling, which minimises the scope for contamination.

Hotdog and deli meat production at the Hamilton plant

Production at the new plant began initially with hotdogs, before introducing sliced deli meats later in 2014.

The plant produces more than 400 products, which include several varieties of hotdogs, ham, turkey, pastrami and bologna, as well as a wide range of other processed deli meats.

All products are produced under a highly safe and hygienic environment, says MLF.

MLF broke ground for the construction of the new facility in June 2012. The facility was ready by the end of 2014.

The new facility has insulated panels and an interstitial space located above each of the process areas for accommodating the mechanical and electrical systems.

The construction contractor, Bird Construction, installed the process equipment in coordination with a design consultant to ensure that all systems were fully commissioned and certified.

The contract for the construction of the new meat facility in Hamilton was awarded to Bird Construction, a Toronto-based company, in June 2012.

Stellar Group provided the engineering design and architectural services for the plant.

The new facility aims to achieve LEED Silver certification by 2015. It has received certification from the Canadian food Inspection Agency (CFIA) and is built in compliance with the CFIA’s standards.