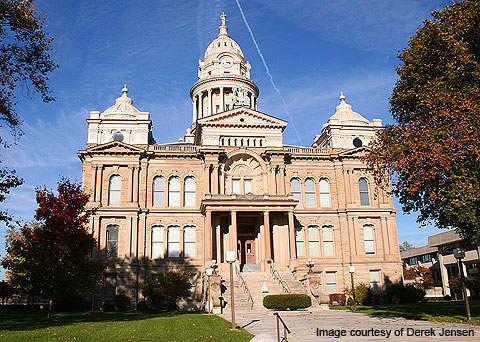 ConAgra has expanded its manufacturing facility in Troy, Ohio. The expansion was completed in September 2011 at an investment of $60m.

The Troy facility has become the primary site for ConAgra's meat snacks production. Troy facility was chosen for relocation because of its larger, and modern plant.

In June 2009, an explosion destroyed almost half of ConAgra’s plant in Garner, North Carolina. Following the blast, production of Slim Jim snack food was transferred to the Troy facility and other plants operated by third-party manufacturers.

The packaging area suffered the most damage in the incident, and ConAgra spent about $300,000 repairing and renovating the plant. It reopened in August 2009, but operated at a limited capacity.

As the cost of rebuilding the damaged sections of the Garner facility was too high, ConAgra announced its plans to expand the Troy facility. The expansion accommodates the entire production of Slim Jim snack food from the Garner plant, which was closed in May 2011.

The expansion programme made the Troy facility the primary production site for ConAgra’s meat snacks.

"The expansion programme made the Troy facility the primary production site for ConAgra’s meat snacks."

The project was executed in two phases. The first phase was a short-term solution to accommodate the production and packaging of Slim Jim snack food from the Garner plant. ConAgra invested $5m in the first phase, which was completed in January 2010.

ConAgra broke ground for the second phase of the expansion project in March 2010. This phase of expansion was undertaken to shift the entire production from Garner to Troy, adding 75,000ft² to the existing 215,000ft² facility. The company has also renovated the Troy facility and added four new production lines, plus new equipment and machinery to the plant.

ConAgra invested around $60m in the second phase of the project, which was completed in September 2011. The bulk of the investment has gone towards machinery and equipment cost

The food manufacturing company was awarded $9.58m of incentives for relocating to Troy, and a $400,000 rapid outreach grant for new machinery and equipment.

Troy City Council has awarded ConAgra a 15-year 100% property tax abatement worth $3.5m for expanding the plant, which is expected to save the company $195,000 annually in real estate taxes.

Additional incentives include a $1.9m job-creation tax credit and a $1.3m grant for road and associated improvements.

The expansion project is expected to create 190 new jobs at the Troy plant.

"ConAgra has added four new production lines, and new equipment and machinery to the Troy plant."

To mitigate the impact caused by ConAgra’s relocation, the company has donated $3m for building a community centre at Garner. It will demolish the sections of the Garner plant damaged by the blast, and will help the local government market the plant to other manufacturers.

According to ConAgra, the Garner site is in good condition for use by other food manufacturers, and it plans to donate an additional 11 acres to the local government along with the Garner plant.

Benefits of the Troy site

ConAgra had intended to stay in Garner, and state and local officials even offered $2.2m in incentives to keep the plant open. The company, however, decided to relocate to another location either in North Carolina, Virginia or Troy.

The Troy facility was chosen as it was a larger, more modern plant. Operating at the Troy plant is expected to provide ConAgra with a better cost structure in the long term. The incentives provided by the local government were also a reason for choosing the location.