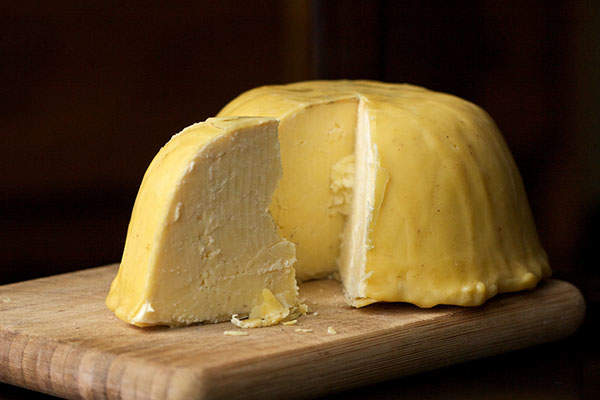 Lake District has one of the biggest cheese creameries in the UK. Credit: Chiot's Run. 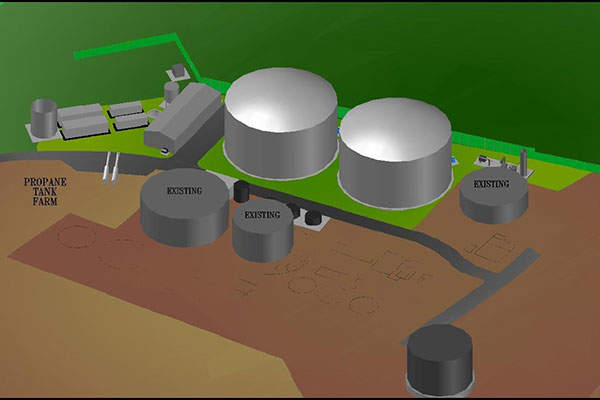 A 3D rendition of the new anaerobic digester installed by Clearfleau at the Lake District creamery. Credit: First Milk Limited. 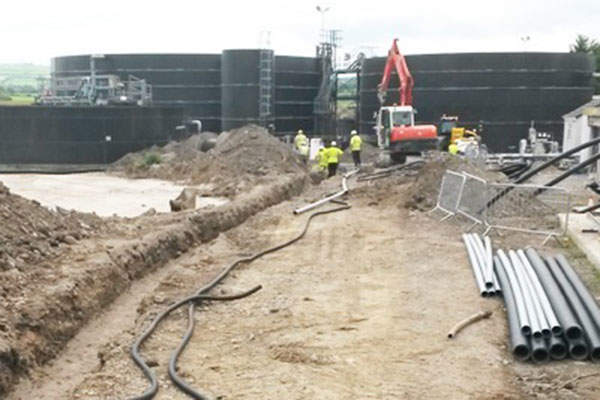 The first stage of the anaerobic digester plant was completed in July 2015. Credit: Clearfleau.

First Milk, a leading and 100% farmer-owned dairy co-operative in the UK, set up an anaerobic digester (AD) at its Lake District creamery.

Located in Aspatria, rural Cumbria, the Lake District facility is one of the biggest cheese creameries in the country. It is supplied directly by approximately 250 member farmers in Cumbria.

A project development company called Lake District Biogas was incorporated by First Milk in November 2014 to design, construct, commission, and operate the AD plant. The initial stage of the plant was completed in July 2015 and commissioned in April 2016.

The anaerobic digester processes the whey permeate and residues produced at the facility into bio-methane that is consumed by the creamery, as well as fed to the national grid and supplied to local users.

It makes the Lake District creamery Europe’s first dairy processing site to supply bio-methane to the national grid. The anaerobic digester was integrated with the existing digester onsite in early 2016.

The Lake District creamery produces 3,000t of cheese a year, while whey is produced as a by-product. The creamery also formed a joint venture with Fonterra, a dairy company based in New Zealand, in 2011 to produce high-quality whey protein products for export.

The existing aerobic digestion plant at the site was refurbished by Clearfleau to reduce phosphate levels in the discharged fluid that is released into the River Ellen, enabling First Milk to meet regulatory requirements of the Water Framework Directive regarding the discharge.

Benefits of the new anaerobic digestion plant in Cumbria

The anaerobic digester supplied and installed by Clearfleau produces 1,000m³/day of biogas, water and organic material. Part of the biogas is used by the creamery for steam generation, replacing the use of fossil fuels.

Transportation costs are reduced as the shipping of whey permeates from the site would otherwise require 3,000 truck movements a year. Residual sludge management costs are also lowered as the residues are being fed to the AD plant.

The creamery’s energy requirement has been reduced by 25% as a result of eliminating drying of the whey permeates.

By generating renewable energy onsite, the creamery replaces 40 million kWh per annum of fossil fuel and lowers its greenhouse gas emissions, resulting in a reduction of 7,000t of carbon.

Clearfleau’s technology is expected to reduce chemical oxygen demand (COD) of the production residues by 95%. In addition, aerobic polishing has been implemented to remove residual COD, nitrates and phosphates nutrients to allow cleaner discharge into the river.

Clearfleau, a British firm specialising in AD-based solutions for the food and beverage industry, has been contracted by Lake District Biogas to design, construct and operate the AD plant.

Renewables Unlimited served as an adviser in addition to providing project management services for the new plant.

Anaerobic digestion is the natural breakdown of organic matter by bacteria and archaea into carbon dioxide, methane and water in the absence of oxygen. It involves four main stages, which are hydrolysis, acidogenesis, acetogenesis and methanogenesis.

The organic material produced from the anaerobic digestion is rich in nutrients and can be used as a digestate. It is used mainly as a fertiliser or for ethanol production, and in low-grade building materials such as fibreboard.