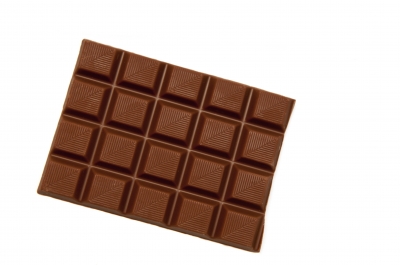 Yeasts used in fermenting cocoa during the chocolate making process can change the aroma of the end chocolate, finds a team of Belgian researchers.

The researchers of the Flanders Institute for Biotechnology, and the University of Leuven in Belgium explored strong yeast strains that could outcompete the several invading bacteria found during the fermentation process of cocoa beans.

The study researcher Esther Meersman was quoted by the American Society for Microbiology as saying: "After harvesting, the cocoa beans are collected in large plastic boxes, or even piled in large heaps on the soil, right in the farms where they are grown."

A gooey pulp surrounds cocoa beans and this pulp is fermented by yeasts and bacteria. As any species of bacteria can get into the mix, there is little control over the final flavour. However, robust yeast strains, by outcompeting other bacteria, can help create a desirable taste.

"This makes it possible to create a whole range of boutique chocolates to match everyone’s favourite flavour."

Another researcher, Jan Steensels said: "This makes it possible to create a whole range of boutique chocolates to match everyone’s favourite flavour, similar to wines, tea, and coffee."

The research, which was published in Applied and Environmental Microbiology, found differences in aroma of chocolates made from fermentations using different yeasts, even when the fermentation and recipe were the same.

The team looked at breeding unique yeast hybrids. "We were initially surprised that the volatile flavour compounds are retained in the beans during drying and roasting," said Meersman.

The investigators hypothesised that the volatile flavour compounds do not get evaporated as they are dissolved in the fat fraction.

Researchers teamed up with chocolate maker Barry Callebaut for this study. They combined two key features of yeast in single hybrid variants; the capacity to dominate cocoa fermentations, and to generate a particular flavour.

"This means that for the first time, chocolate makers have a broad portfolio of different yeast strains that are all producing different flavours.

"This is similar to the current situation in beer brewing and wine making," Steensels added.