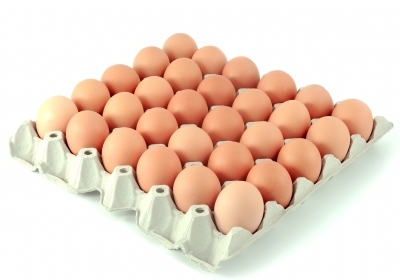 The outbreak of bird flu in the US continues to hamper the availability of poultry and egg supplies, as prices of turkey and chicken eggs constantly rise.

After a loss of more than 48 million chickens and turkeys to the disease, egg prices are believed to have increased more than was previously expected this year, and are likely to remain high throughout 2016.

Chicken and turkey producers believe that the egg and poultry industry may take up to two years to rebuild stocks.

Although two months have passed since the last case of bird flu was detected, farmers are still cleaning up barns ready for the supply of new birds. The US Department of Agriculture (USDA) is yet to give clearance to allow chicken sites in Iowa to bring in bird replacements.

Some farms are expected to bring in new egg-laying chickens later this year, but farms that lost birds on a large scale are likely to remain empty until the end of the year due to the lengthy cleanup process.

Farms will receive case-by-case clearance by the USDA, after the organisation carries out testing to ensure that the virus has been completely eradicated. The rebuilding process may take even longer if the virus recurs later this year, when seasonal ducks that carry this disease migrate.

"Minnesota and Iowa were home to the earliest chicken farms to have been affected by the disease."

Minnesota and Iowa were home to the earliest chicken farms to have been affected by the disease. These farms have therefore had a faster cleanup process and have begun restocking.

In a monthly supply and demand report by the USDA on August 12, the estimate for wholesale frozen turkey prices for the fourth quarter was raised from $1.28 to $1.36 per pound, up from an average of $1.14 a year earlier.

Poultry breeders and hatcheries such as Hy-Line International are already inundated with orders for replacement birds from farmers, who are waiting to resume production, reports Reuters.

The effect of the shortage in eggs supplies is telling on food chains such as Dunkin’ Donuts, who serves sandwiches and eggs for breakfast. The chain had to withdraw a major promotion for the third quarter.

Image: Egg and turkey prices continue to rise in US. Photo: Courtesy of SOMMAI.via freedigitalphotos.net.