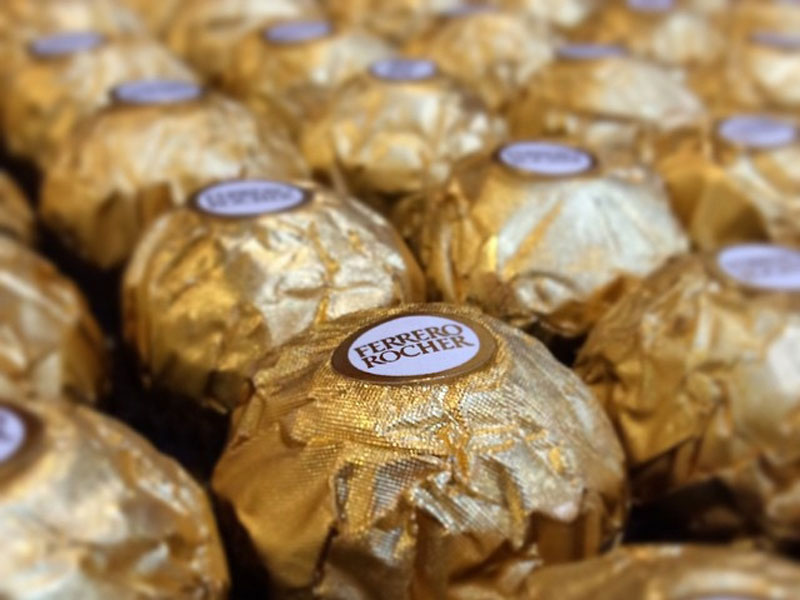 Chocolate brands such as Ferrero Rocher, Lindt and Guylian have become so popular for their taste that they’re today loved in more than 120 countries globally. Foodprocessing-technology lists ten of the world’s most popular chocolate brands in production.

Ferrero Rocher, a premium, sphere-shaped chocolate produced by Italian chocolate and confectionery manufacturer, Ferrero Group, was first introduced in 1982. The Group currently produces 4.8bn Ferrero Rocher chocolates a year, which are sold in more than 140 countries across five continents.

With contrasting layers including a crispy hazelnut in the centre, a creamy hazelnut filling, and a wafer shell covered with chocolate and roasted pieces, Ferrero Rocher offers a unique taste, while its irreproducible golden wrapper makes it even more attractive.

Guylian, one of the highest selling packaged chocolate brands, is sold in more than 120 countries across Europe, Asia, Australia and America and is popular for its seahorse and seashell-shaped pralines.

Guylian chocolates are produced by Chocolaterie Guylian, a company based in Belgium. Founded by Guy Foubert in 1960, Guylian was acquired by Lotte Confectionary Co, Ltd, a subsidiary of the Lotte Group in June 2008. Seahorse is used as the company’s icon and is protected by worldwide copyright.

The recipe of Guylian’s in-house roasted hazelnut praline, which was invented in the 1950s by Guy Foubert, is still used by the company’s Master Chocolatiers in Sint-Niklaas, Belgium. 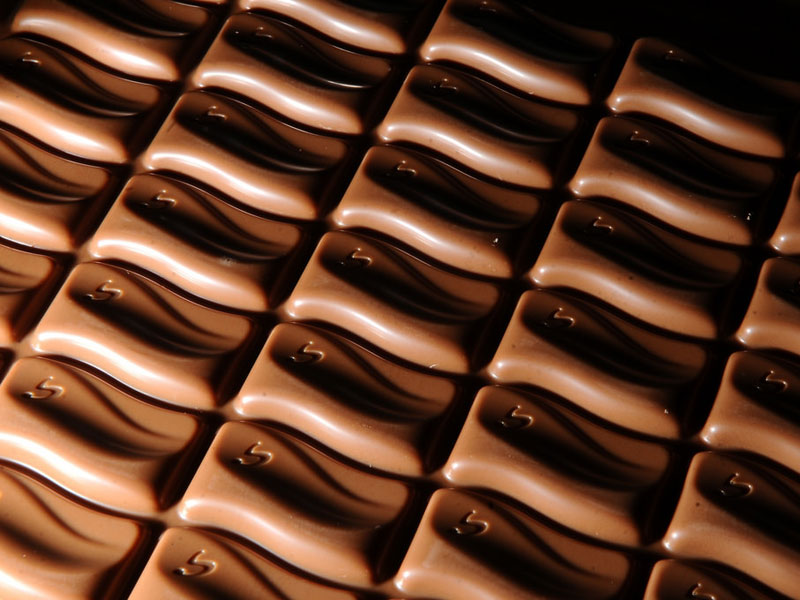 Galaxy, marketed as Dove in the US, is a milk chocolate produced by chocolate company, Mars. Launched in the UK in 1960, Galaxy/Dove brand currently constitutes a range of products including Smooth Milk, Minstrels, Ripple, Cookie Crumble, Duet and Caramel.

The creamy and smooth chocolate is made of cocoa butter, skimmed milk powder, cocoa mass, lactose and protein from whey. The large quantity of milk gives Galaxy a distinct and creamy taste.

Founded in Birmingham in 1824, Cadbury is one of the world’s best-selling brands, with approximately $4bn sales in 2015. It is owned by Mondelez International and is produced in more than 10 countries. Cadbury bars are sold in more than 150 countries across the globe.

Cadbury introduced its iconic product Dairy Milk in 1905, which became the company’s best selling product by 1914 and was rated as the top selling chocolate bar in the UK in 2014. Made of exclusively milk chocolate, it is one of the world’s best chocolate products. 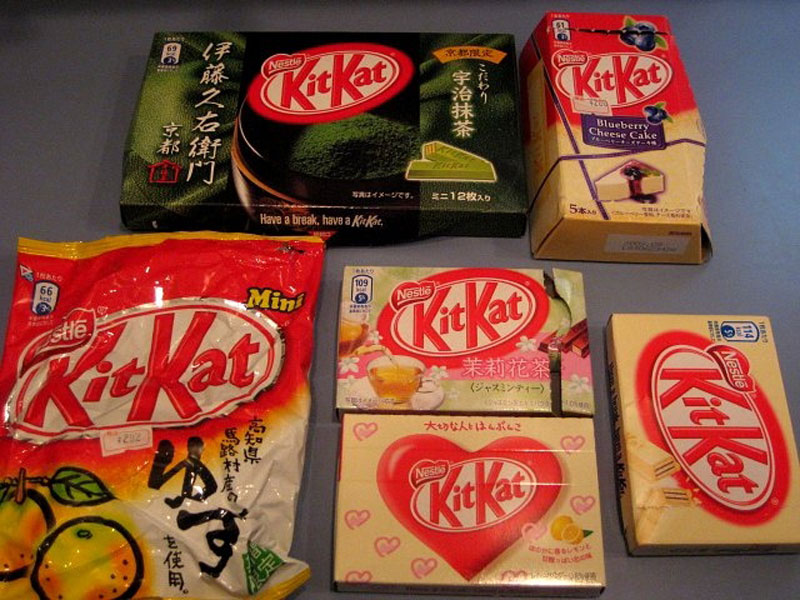 KitKat, a widely popular chocolate for its distinct light wafer texture wrapped up with smooth milk chocolate, is manufactured globally by Nestlé except in the US, where the bar is license-produced by The Hershey Company.

Once solely produced as a standard four-finger milk variant, KitKat is now available in different sizes including 4 Finger, 2 Finger, Chunky, and Snap & Share. It is also offered in a variety of flavours including Original, Dark, Mint, Cookies & Cream, Orange, and Toffee Treat.

KitKat brand’s heritage dates back to 1911 when a York-based confectionary company Rowntree’s trademarked the terms Kit Cat and KitKat. It was first introduced in London and the South East in 1935 as ‘Chocolate Crisp’, but was re-named later to KitKat. Today, more than 17 billion KitKat bars a year are sold in more than 100 countries.

Mars®, one of the popular chocolate brads owned by Mars Incorporated, was first introduced in 1932 by Forrest Mars, son of American candy maker Frank C. Mars in the UK, and has eventually been introduced in other countries across the world.

Milky Way, the US version of Mars bar, has 45% less saturated fat than other brands at  8.3g per 100g. Made of nougat and caramel covered by milk chocolate, Milky Way is sold in bars, bags and pouches. 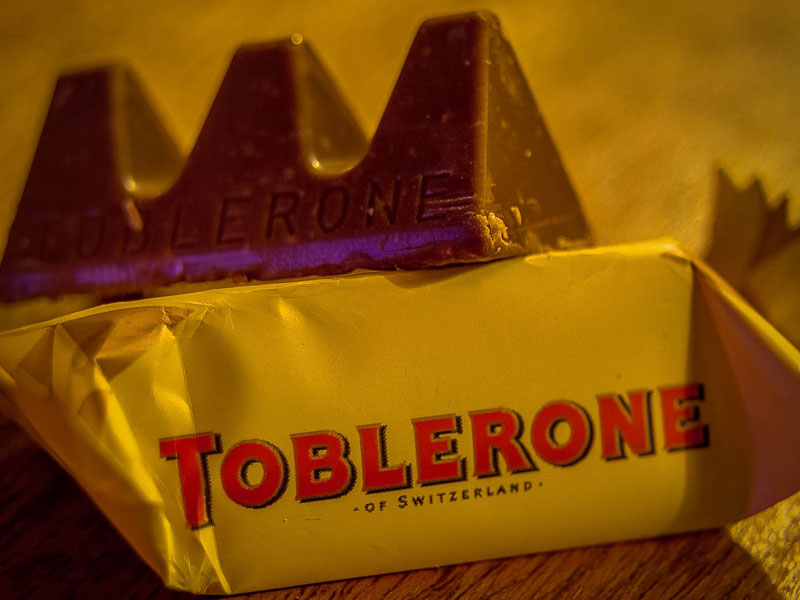 Toblerone, formerly a Swiss brand of triangular shaped chocolate bars, is currently owned by Mondelez International, a company based in the US. It is sold in more than 120 countries worldwide.

Made of high-quality cocoa beans, Swiss milk, Almond nougat and honey, Toblerone bars are offered in a number of sizes varying from 10cm to 1m. Popular flavours of the chocolate include Toblerone Milk, Fruit & Nut, Dark, and White.

Toblerone was first made by Theodor Tobler in Bern, Switzerland, in 1908. The chocolate received patent in 1909, making it the maiden patented milk chocolate bar stuffed with almonds and honey. It was acquired by Mondelez (then Kraft Foods) in 1990.

The Lindt brand, which is popular for its range of premium chocolates, is owned by Swiss chocolate maker Lindt & Sprüngli and has presence in approximately 120 countries worldwide.

The LINDT Maîtres Chocolatiers was founded in 1845 and was renamed Lindt & Sprüngli in 1899. The company currently operates manufacturing sites in Switzerland, Germany, France and Italy. Tennis champion Roger Federer is the global brand ambassador for Lindt. 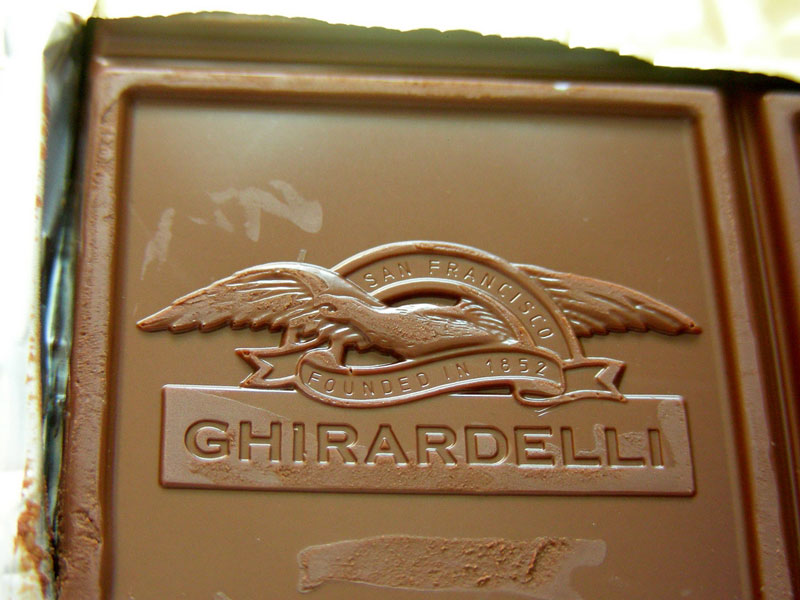 Ghirardelli chocolates are made by Ghirardelli Chocolate Company, a US division of Swiss confectioner Lindt & Sprüngli. Founded in 1852, Ghirardelli is the oldest continuously running and fastest-growing candy manufacturer in the US.

Ghirardelli implements proprietary methods of roasting and processing for cocoa beans and is the first company to present specific cacao content on labels enabling buyers choose the ideal chocolate for their taste.

Patchi, the most popular premium chocolate gift brand from Lebanon, was founded by Nizar Choucair in 1974. The brand currently has presence in more than 140 locations in 29 countries and is one of the top chocolate brands in the Middle East.