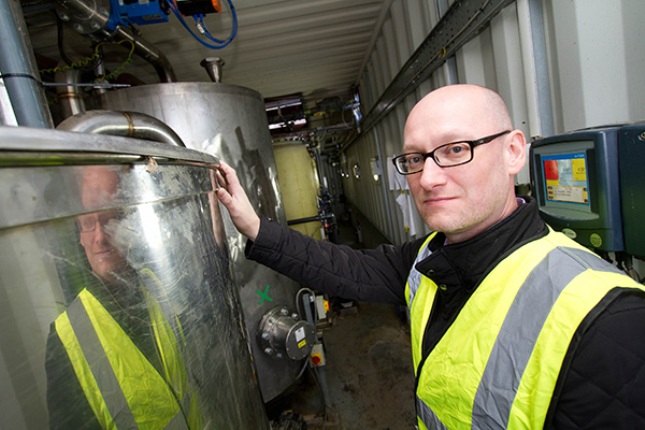 UK food manufacturer 2 Sisters Food Group opened up a bio-refinery plant that produces power from potato waste arising from the mashed potato and pie manufacturing lines at its factory in Carlisle, UK.

Claimed to be the first waste-powered plant of its kind worldwide to be used in a food facility, it could potentially cut the company’s carbon footprint by 20% by 2018.

2 Sisters sustainability director Andrew Edlin said: "The bio-refinery is a world-first for the food industry, using a new type of super-efficient technology to generate energy from potato waste.

"We are looking to use this system to open up to ten further energy plants at other 2 Sisters factories over the coming three years, using potato and other food waste to generate energy and steam."

The Committee of Advertising Practice (CAP), a body that is responsible for setting advertising rules in the UK, plans to launch a public consultation to review whether a ban should be imposed on the promotion of junk food to children over various mediums, such as online advertising, publications, and billboards.

The panel intends to launch the consultation in early 2016.

It is exploring the feasibility of imposing tighter regulations on foods and drinks high in fat, salt and sugar.

Keurig Green Mountain, the coffee-brewing company, rolled out a one-button countertop carbonated drink appliance that can be used at home; a move to offset the drop in its primary business of single-serve coffee pods and brewers.

The company announced earlier this year that it intended to introduce a home soft drink fountain, priced at $369.99.

As the sales of carbonated drinks have been dropping in the US over the last ten years, Coca-Cola is trying tap the home market, and has lent its support to Keurig’s new home fountain. Coca-Cola holds a 17% stake in Keurig.

Nestle increased its marketing spending on Maggi goods as it prepares to submit results of the re-test of noodle samples to the Bombay High Court in order to launch the product back into the Indian market by the end of this year.

On 5 June, India’s food safety regulator banned the sale of Maggi noodles, as it found higher than permissible levels of lead, and high quantities of mono-sodium glutamade in tests conducted on a batch of products.

Minnesota, US-based food manufacturer Cargill plans to relocate its ground beef plant in Nebraska, and convert it into a cooked meats facility, with a $111m investment.

The current ground beef production will be relocated to the existing processing facilities at Butler, Wisconsin, and Fort Worth, Texas.

The plant conversion will start in early December, and is scheduled to start operations in mid-2016, reaching full production in 2017.

France lifted a ban imposed on the manufacture and export of food contact materials containing the chemical bisphenol A (BPA), but the import or sale of products containing BPA within its borders is still not allowed.

The court ruled that the ban should be lifted on the manufacture and export of products with BPA, as it is accepted in several export markets.

The court, however, ruled that the ban will continue to remain in place on import or sale of products containing the chemical, as research has shown that BPA could lead to health risks.

Olam to deploy $1.94bn for acquisitions

Singapore-based commodity trader Olam International plans to use $1.94bn on acquisitions, as it intends to benefit from the global slump of agricultural commodity prices.

It also signals a shift in Olam’s acquisition strategy, which earlier focused on smaller transactions, some of which were only just above $10m.

According to the United Nations Food and Agriculture Organisation, commodity prices in the global market have seen a drop to their lowest level since 2009, reported Bloomberg.