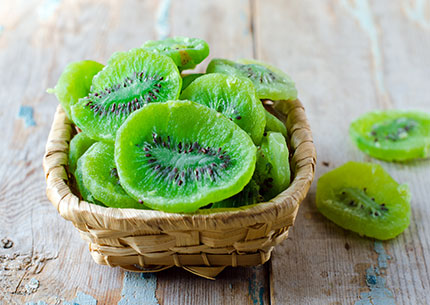 Paul French: How and when did you come up with the idea?

Dr Tim Durance: It was the mid-90s and I was professor of Food Science at the University of British Columbia. We did a project to compare different drying methods and it became apparent that microwave drying was quicker than other methods but required too high a temperature to make it viable.

PF: How did the idea develop into the business it is today?

TD: I went back and did some research – people had already had the idea of using microwaves to dry food but there were lots of scientific and engineering hurdles to making it a reality. In order to do further research I got some funding from the Canadian government. When I realised that wasn’t going to be enough, the university introduced me to some business men in Vancouver and we set up the company that became EnWave in 1999.

TD: From the initial offering, the company raised a couple of million dollars. I was still at the university so the board hired some business managers but we ended up spending around $2m in less than a year. Everybody left, we were $400,000 in debt and the board came to me and said ‘do you want to let this go?’

I couldn’t do that so I went around to friends and acquaintances, told them about the idea and eventually we formed a new board. It took us four years to settle the debt. Then we started making some real progress with the technology, got some interest from pharmaceutical companies and eventually we started to get some traction in the food industry.

PF: So how does the technology work?

TD: The basic principle is simple: if you lower the pressure, you can lower the boiling point of water. We take that to the extreme by using a vacuum to take the pressure down so far, the boiling point drops below freezing. You still need to add energy to complete the phase change though. You can either do that by conduction like traditional freeze-drying or by using microwaves.

PF: What are the advantages of this method?

TD: Microwaves travel at the speed of light and penetrate the food more deeply. That means you can dry food in half an hour that would take between six and 72 hours to freeze dry. Also, because you’re drying at a much lower temperature the food retains flavour, colour and nutrients much better. And then there’s the capital side. Our equipment is approximately 25% more expensive than freeze drying equipment. However, our throughput is four or five times higher so by a conservative estimate, our per kilo costs are 25% lower than those for freeze-drying and our equipment is mostly continuous so it is more economical to run.

PF: As a business, what are you actually selling?

TD: We have a range of microwave drying equipment including NutraREV, MIVAP, QuantaREV, powderREV, freezeREV and bioREV and a suite of patents to protect our technology. Once someone is interested in working with us, we supply them the equipment and make royalties based on the sales of the products.

PF: How’s that going? Who is using EnWave technology?

TD: We currently provide equipment to Milne Fruit Products, Hormel Foods, NutraDried LLP and a couple of large multinationals who I can’t name at the moment. We’re also working with Nestlé, Kellogs and Ocean Spray, who are all in varying stages of research and development using our technology.

PF: What does that involve?

TD: Usually we put pilot scale equipment into their facilities and train them how to use it, so they can see for themselves the value of our technology. We also have a pilot plant in Vancouver that allows us to work with our potential clients’ products and show them how it could work for them. Nestlé, Kellogs and Ocean Spray all have signed an agreement giving them an option on the technology but it takes time to move from that stage to signing a commercial deal.

PF: So what does the future hold for EnWave?

TD: We have five commercial deals already and they are happening at an accelerated rate because people can now see that our technology is working on a commercial scale. We hope to get up to 15-20 deals per year within the next five years.

Our technology is most attractive for people with new products. You don’t want to change a successful plant but if you’re thinking about creating, for example, a new cereal, you might start off using microwave drying instead of freeze-drying as part of a new operation.

Ultimately, it will take a long time to get where we want to be. Freeze-drying is huge and all that equipment has been paid for but I think that gradually, as it needs to be replaced, people will come to us and eventually we will take over from freeze-drying as the main method of drying food products around the world.