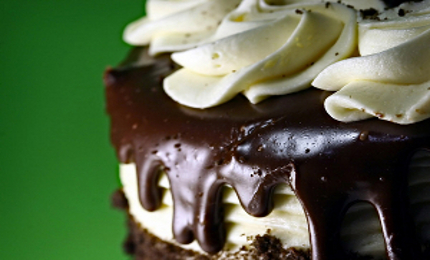 As part of the deal, ADM will pay €2.2bn to WILD Flavors shareholders and assume about €0.1bn of its net debt.

With around 3,000 customers globally and estimated 2014 net revenues of around €1bn, WILD Flavors provides food and beverage companies with full flavor and ingredient solutions known as flavor systems.

Unilever completes divestment of Ragu and Bertolli brands to Mizkan for $2.15bn

Anglo-Dutch multinational consumer goods company Unilever completed the sale of its North America pasta sauce business under the Ragu and Bertolli brands to Mizkan Group, for a total cash consideration of about $2.15bn.

Unilever noted that the annual turnover for Ragu and Bertolli is more than $600m.

The deal includes two production facilities – a sauce processing and packaging plant in Owensboro, Kentucky, and a tomato processing facility in Stockton, California.

US-based meat producer Tyson Foods signed an agreement to sell its poultry businesses in Mexico and Brazil to JBS, for $575m.

Tambov Turkey, a joint venture (JV) between Russian meat manufacturer Cherkizovo and Spanish turkey meat producer Grupo Fuertes, secured RUB1.2bn as the first credit tranche of a loan from Sberbank of Russia to set up a new turnkey production complex.

Grupo Fuertes and Cherkizovo will jointly invest more than RUB3bn in the project, which entails a total investment of RUB7.5bn and covers an area of 5,000 hectares in Tambov Region of Russia.

Sberbank CIB managing director Dmitry Sredin said that when preparing the lending deal the bank took into account the specifics of the client’s business, its reliability, and the project’s scale and potential.

The UK Food Standards Agency (FSA) reported that no horse meat DNA at or above the 1% reporting threshold has been found in the latest round of industry and European Union (EU) meat testing.

Since 2013, the FSA has been working with the EU and industry in a wide programme of testing to detect horse meat.

Specifically, these tests have been carried out to check that beef products on sale or supplied into the UK food-chain are accurately labelled and contain no horse meat.

Researchers from Heriot-Watt University and the University of Edinburgh created a protein that could closely mimic the behaviour of fats during food manufacture.

The United States Department of Agriculture (USDA) set up a new Foundation for Food and Agricultural Research (FFAR).

The foundation, which includes a 15-member board of directors, has been authorised as part of the 2014 Farm Bill.

Congress is supporting the foundation with a $200 fund, which must be matched by non-federal funds as the foundation identifies and approves projects.

US-based technology firm IBM developed a new system, which will be used to identify contaminated food sources and accelerate the investigation of food-borne disease outbreaks.

Said to help food retailers, distributors and public health officials, the system will use information on the date and location of billions of supermarket food items by using novel algorithms, visualisation and statistical techniques to identify potentially ‘guilty’ products within as few as ten outbreak case reports.

The IBM research team has built a system that identifies, contextualises and displays data from multiple sources to reduce the time to identify the most likely contaminated sources by a factor of days or weeks.