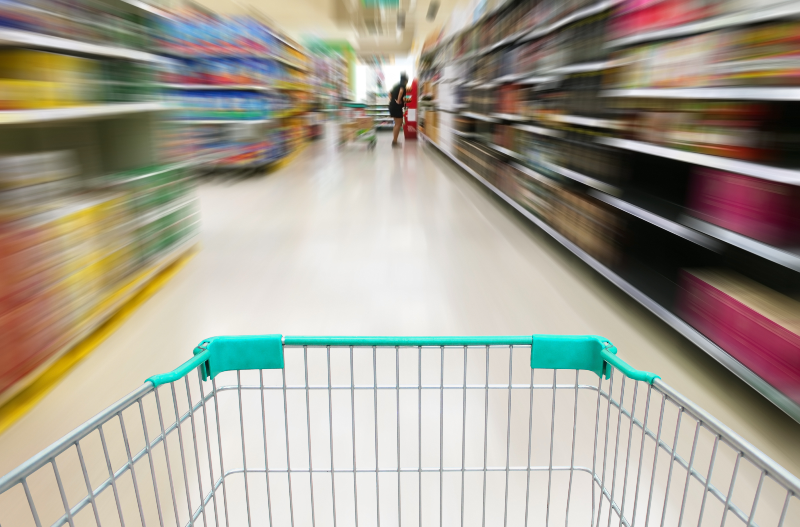 Consumers in the US are highly sensitive to social movements and change, and the country has historically been a key stimulant to push social, ethical and environmental change worldwide. Credit: Kwangmoozaa/Shutterstock.

Over the past decade, FMCG manufacturers and brands have increasingly attempted to position themselves as socially or ethically responsible by outwardly supporting social movements in marketing campaigns or partnerships. While 2020 has been no stranger to corporate social responsibility (CSR) – with some brands striking the right note and others falling flat – Ben and Jerry’s recent partnership with social activist and professional American football player, Colin Kaepernick, is one more example of the brand’s commitment to social justice. The ice-cream brand has collaborated with Kaepernick, capitalising on his star-power and established presence as an activist to raise awareness of police brutality against ethnic minorities in the US with the release of a new ice-cream flavour dubbed ‘Change the Whirled’.

According to GlobalData’s latest recovery tracker, which was published 7 December 2020, *172% of US consumers are influenced to some extent by how ethical, environmentally-friendly or socially-responsible a product or service is. Perhaps expectedly, millennials and Gen Xers lead the charge at 81% respectively, however, the response rate is notable among all age groups.

Change the Whirled is a celebratory launch, honouring the charity work the star has already done, as well as emphasising the importance of this cause. Kaepernick’s portion of the proceeds from each sale will support the work of the non-profit organisation Know Your Rights Camp, founded in 2016 by Kaepernick. The charity aims to support the wellbeing of Black and Brown communities on an institutional level via ‘education, self-empowerment, mass-mobilisation and the creation of new systems that elevate the next generation of change leaders.’ By openly supporting underrepresented communities and aligning with a trusted figure of said community, the Ben and Jerry’s brand may appear more authentic, ethical and trustworthy to large portions of the US public.

Consumers in the US are highly sensitive to social movements and change, and the country has historically been a key stimulant to push social, ethical and environmental change worldwide, often sparking similar movements to arise in other countries; in the past decade alone, the US has brought into the global spotlight Black Lives Matter (2013), the women’s march and #Me Too (2017), and the Climate Strike (2019). Recognising the global influence that US citizens and media channels have can help brands better predict and understand long-term consumer trends. And this is important for product launches looking to empathise and connect with marginalised consumer groups.

The importance of CSR for businesses stretches further than brand reputation and marketing. As misinformation is easily spread, some consumers are becoming wary of public acts of solidarity by companies in an attempt to “ally” themselves to a cause. This concern is spurred by ill-conceived marketing attempts, such as Coca-Cola Life, which was criticised for tricking consumers as healthier due to its low-calorie content despite high sugar levels, or the Kendal Jenner PepsiCo fiasco, which was accused of trivialising the BLM movement. By having official credentials, such as FairTrade, Rainforest Alliance, or RSPCA Assured, brands are able to legitimise their ethical positions as honest and authentic. Ben and Jerry’s, for instance, is well known as an ethical company and is certified as both FairTrade and B Corp, thereby reaffirming its partnership with Kaepernick as a genuine effort to raise awareness of discrimination against ethnic minorities.

The outbreak of the COVID-19 pandemic has placed CSR on centre stage for all consumer-facing companies; it is important for brands to continue to invest in rooted and long-term initiatives that help to tackle issues such as diversity within the workplace, ethical production methods and supporting under-represented communities. Consumers will no longer take a brands’ CSR efforts at face value and are looking for deeper change in the years to come.