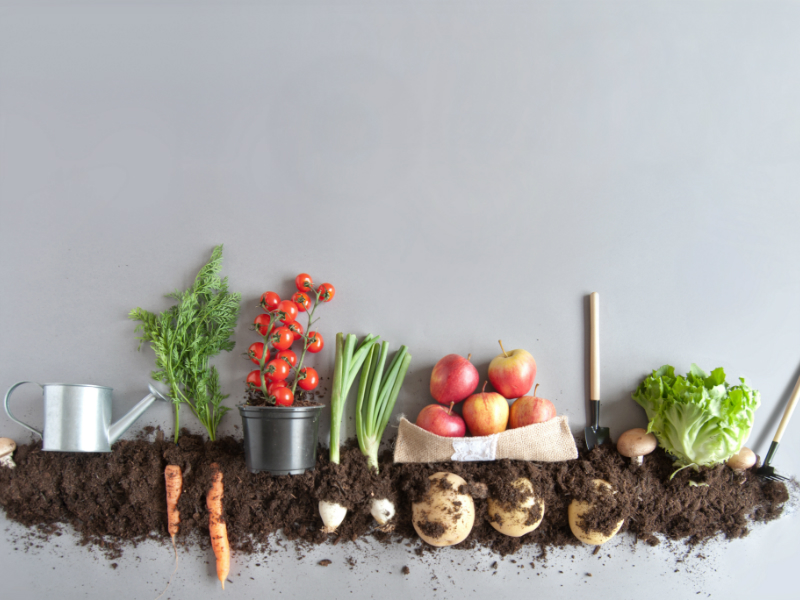 The Covid-19 pandemic has seemingly made the vulnerabilities of the country’s food industry all the more apparent. Credit: Pixelbliss / Shutterstock.

Covid-19 has altered consumer behaviour drastically in the short term and these changes are likely to continue, albeit at a lesser degree in the long term. The UK saw approximately three months of lockdown before it was eased recently and in that time consumer habits were often anticipated, yet sometimes shocking.

The initial period of the lockdown in the UK will be remembered (not fondly) by the somewhat manic rush for toilet roll. Panic buying, though by no means observed by the majority of the population, was nonetheless commonplace and household staples like eggs, milk, pasta and bread were suddenly a scarcity. The general consensus is that there was never a food shortage in the UK, but rather, panic buying led to issues with supply and demand. UK retailers, who were so used to the ‘normal’ shopping habits that consumers demonstrated, were suddenly caught by surprise amid the Covid-19-related panic buying.

The increase in demand, the shutdown of restaurants and the uncertainty of producers in the UK have led many to question the UK’s reliance on food imports, which is estimated to be a significant proportion of the UK’s total food market. The Covid-19 pandemic has seemingly made the vulnerabilities of the country’s food industry all the more apparent, and producers are calling for the government to formulate a strategy for the future that would reduce the UK’s reliance on imports, particularly from the EU.

Such concerns are further exacerbated by Brexit looming in the horizon, and trade deals with the EU still being a matter for debate. In the face of Covid-19, the industry has shown resilience, quickly increasing its food delivery capacity, lowering its product range and employing more staff to compensate for demand. But in other areas, the effects of Covid-19 were clear – produce that could not be supplied to supermarkets had to be thrown away or stockpiled.

So, how does the UK become less reliant on imports? Farmers are suggesting an investment in the horticulture and agriculture industries and innovation in farming methods. Yet, one of the biggest factors in achieving a more self-sufficient UK is consumer habits, which ultimately determine the trajectory of the entire industry. Consumers need to become discerning of the products they buy and moderate their consumption of out-of-season goods and meat. The lockdown has arguably already forced many consumers into such habits.

While a more self-sufficient UK would benefit the domestic industry, it still carries risk. Any crop failures would be much more significant than before. GlobalData’s Covid-19 tracker survey shows that 75% of the UK respondents consider products made in the UK to be trustworthy, indicating that reliance on domestic goods would be acceptable to the majority of the UK consumers.

The impact on consumers could be considerable, depending on how the country addresses the issues. Drastic measures are unlikely in the short term, but supermarkets may move away from importing out-of-season produce, and instead, focus on the seasonality of domestic produce. Consumers have already had to adjust their shopping habits and may have to do so again in the future. The UK’s food industry has faced many unexpected challenges in the past few months and will face more before the end of the year.