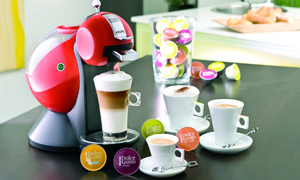 Swiss food giant Nestlé plans to invest CHF265m ($291.97m) to establish a new factory in Schwerin, Germany, for the production of coffee capsules for its Nescafé Dolce Gusto brand.

The factory will feature 12 production lines and will produce two billion coffee capsules annually for German, Eastern European and Scandinavian markets, once it becomes operational by the end of 2013.

Nestlé zone director for Europe Laurent Freixe said this is one of the company’s biggest investments in Europe and highlights its continuous investment for innovation.

"Nescafé Dolce Gusto is the leader in the portioned coffee market in 20 countries. With a growth rate of over 50%, it is one of the fastest growing businesses for Nestlé in Europe," he added.

Nestlé plans to seek US Green Building Council’s LEED Gold certification for the plant, as a part of its effort to build more environmentally-friendly buildings worldwide.

The new site will be the company’s third Nescafé Dolce Gusto factory, in addition to its plants in Girona, near Barcelona, Spain, and Tutbury, UK.

Germany is the largest market for the Nescafé Dolce Gusto brand, which is currently available in 56 countries worldwide, 46 of which are in Europe alone.

Established in 2006 in Switzerland, Germany and the UK, the brand has experienced a growth rate of over 50%, and is one of the company’s fastest growing businesses in Europe.

The company aims to generate sales of CHF1bn ($1.1bn) sales through its Nescafé Dolce Gusto brand by 2013.