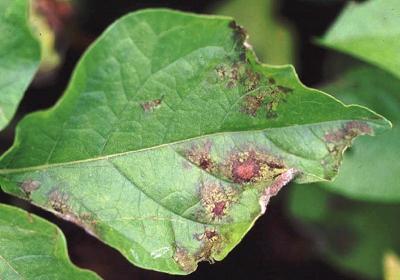 Genetically modified (GM) potatoes are set to be grown for the first time in Ireland, after the country’s Environmental Protection Agency (EPA) gave its approval to carry out the trials.

The plants will be modified in order to be resistant to late blight, a fungal disease that can lead to the death of plant tissues.

Over the years, more aggressive strains of the fungus have evolved, forcing farmers to use powerful sprays, and according to state agricultural research agency Teagasc, the disease is estimated to cost farmers nearly €15m annually due to loss of crops.

The European Union (EU) has been trialling GM potato crops at several sites in the UK, Belgium and the Netherlands, and now with Ireland giving clearance, a trial will be conducted to evaluate if GM potato crops can be resistant to late blight with a less powerful fungal spray, compared to the other varieties.

Teagasc will conduct the trials over a period of four years in a 2ha area at its headquarters in Oak Park, Co Carlow.

The trials will employ cisgenic technology to modify the potatoes, where a resistance gene will be extracted from Solanum venturii, a wild potato from South America.

The experiments will be regularly monitored, and the EPA will make the information available to the public.

Teagasc scientists said that the cisgenic technology is more similar to conventional breeding, compared to widely used transgenic modification, where a gene from an entirely difference species is incorporated.

"The experiments will be regularly monitored, and the EPA will make the information available to the public."

Teagasc crop research head John Spink told BBC News that the trial is being carried out in Ireland because the environment in the country is different from other parts of the EU.

The experiment is being conducted not to commercialise GM potatoes, but to analyse effects on the environment and the pathogen itself, Spink added.

However, campaigners including The Irish Organic Farmers and Growers Association (IOFGA) have opposed the trials, stating that cisgenic technology is not benign and that the move would risk the country’s status as a GM-free nation.

This will mark the first GM trial in Ireland since 1996, when an attempt to grow GM sugar beets met with strong protests from environmentalists, which led to the experiment being called off.