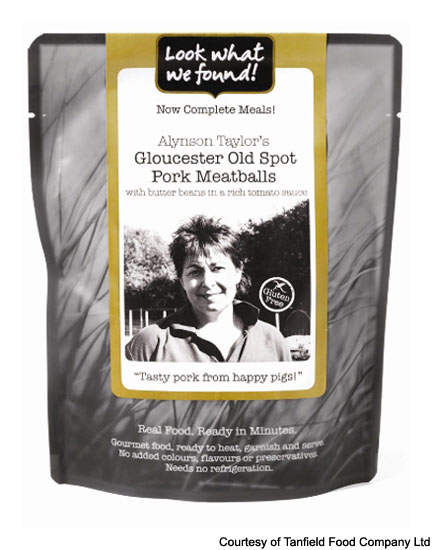 Tanfield Food Company is based in the Northeast of England and sells through UK wide supermarkets. 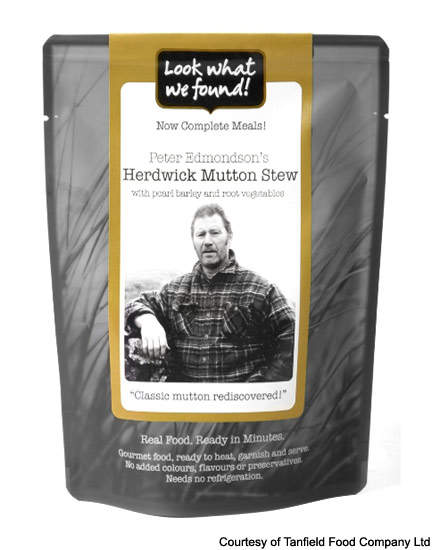 There is a wide range of meat and vegetarian offerings from Tanfield Food Company. 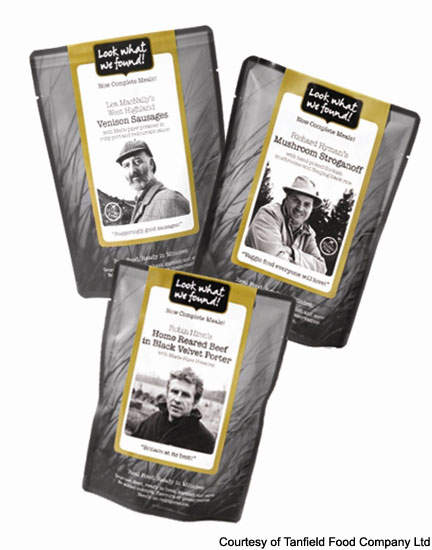 Ready meals from Tanfield are produced in shelf-stable laminated pouches. 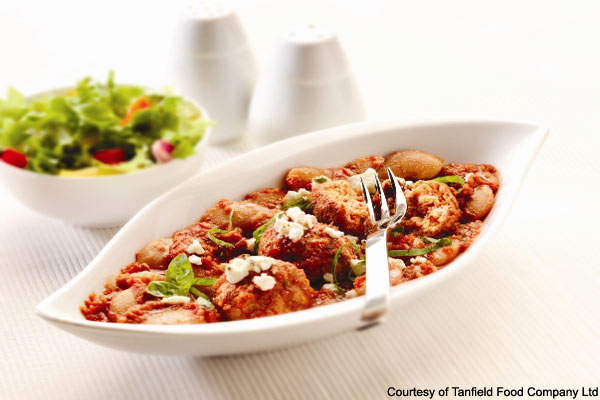 The meals are ready to heat and can be served with a choice of accompaniments, such as rice with chilli. 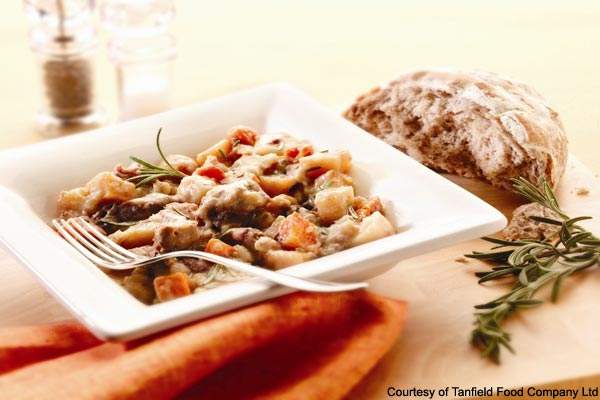 Because of the demands of modern life, one of the great advantages is the availability of ready meals. Tanfield Food Company has taken this a stage further with its ‘Look What We Found’ range of convenience meals which are available in aseptic laminated pouches off the shelf with no need for a chiller display.

The meals are hearty stews, casseroles and cassoulets with accoutrements, such as rice with chilli. The range also extends to hearty soups and pour-over sauces in the same packaging

Each of the products was developed from a recipe in the Northeast of England by an artisan producer, the supplier of the organic/free range ingredients going into the meal. The pack graphics display an image of the small-scale food producer and information about the provenance of the ingredients.

The ‘Look What We Found’ range is available from UK supermarket retailers such as Waitrose and Sainsbury, farm shops and delicatessens and certain items have also been introduced into the buffet cars on Virgin trains.

The advantages of these single-portion dishes are that they are light, the packaging is strong and the meal is ready to heat and eat. Some of these dishes have even been introduced for expeditions in Nepal as they are very light to carry. The Tanfield Food Company operates from Tanfield Lea South Industrial Estate, near Stanley.

The production of the meals is carried out on a batch process in large ‘kettles’ as there are at least 15–16 different items in the range of ready meals and a number of soups and sauces as well. The criteria for the depositor line at the production facility was, therefore, that changeovers should be rapid and simple, cleaning should be easy to implement, wastage should be kept to a minimum and depositing should be accurate.

In September 2007 Tanfield approached Riggs Autopack for a new depositor system because the demand from UK retailers has been so great. Riggs were able to supply their low mount, semi automatic Model 1000 depositor with a hopper that was fitted with a low impact paddle agitation system.

The system is designed to handle meals of varying consistency and with different-sized particles of meat and vegetables. The gentle agitation system was included to avoid blockages and stoppages due to larger particulates while maintaining a smooth flow during filling and achieving an even distribution and feed of product.

The new depositor is being used at the moment for depositing meat and vegetable mixtures into pouches of between 50 and 280g at speeds approaching 14 per minute. The machine is also being used in product development.

“The single-portion dishes are light, the packaging is strong and the meal is ready to heat and eat.”

The depositor has been tested on a number of applications and has been used for both cooked and raw ingredients. The machine has also been used for the packaging of pour-over sauce pouches.

Dave Dunn, Engineering Manager for Tanfield Food, commented: “Riggs equipment is easy to operate and has impressive changeover times, ideal for coping with the demand for more choice. We have also noticed a definite decrease in wastage since using the Riggs machine.

“We have been thoroughly delighted with Riggs and are currently in discussion with them to supply us with a new machine or help us to modify our existing one to cope with our new product launches and sustain high productivity levels.”

LOOK WHAT WE FOUND

The ‘Look What We Found’ range is almost-ready meals for busy people. Each of the pouches is a single-portion dish produced from prime ingredients sourced from small specialist producers and is ready to heat, garnish and serve.