&pound;211,000 (for fitting out the facility with hygienic panelling) 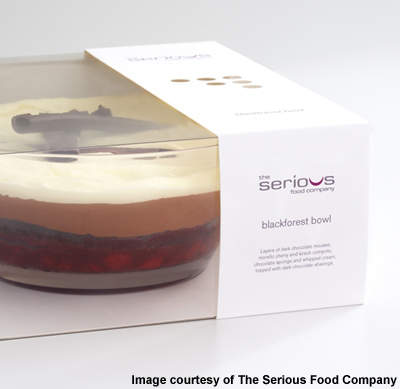 Fresh cream desserts such as the Black Forest trifle are produced in a glass bowl; Riggs' equipment ensures accurate depositing of the cream. 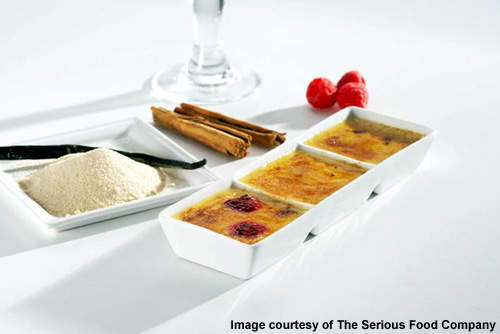 A wide range of depositing nozzles and decorative heads on the Serious Desserts production line allows a variety of desserts to be sold by the company. 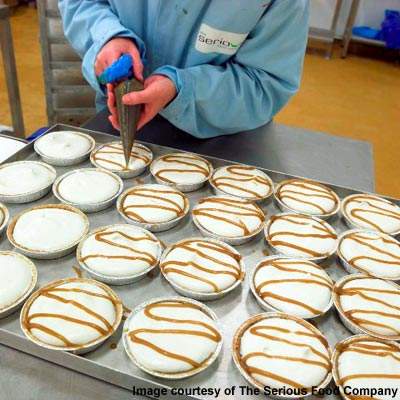 As well as having the latest technology, the Serious Desserts facility at Llantrisant employs many well-trained staff. 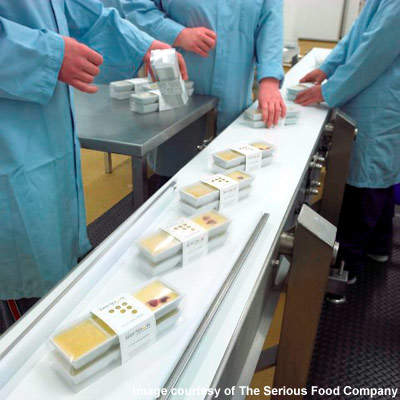 Riggs included a training programme for operation of its equipment for staff at the Serious Desserts facility. 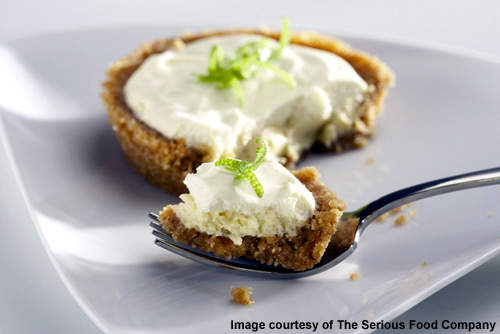 The key lime pie dessert is just one of many that are supplied to the premium supermarket sector by Serious Desserts Ltd.

Serious Desserts Ltd is the new premium chilled desserts division of a successful food processing business called the Serious Food Company. The Serious Food Company was previously known as Sunjuice, having started in 1987 as a producer of freshly squeezed fruit juice for the own label sector.

It is part of the Jamaica Producers Group, including Frobishers (a luxury bottled juice brand) and Simply Organic.

All of these companies supply products to the premium supermarket sector, including shops such as Waitrose. Products are supplied via a national distribution service to the foodservice and catering markets.

The new Llantrisant facility was set up in 2006 with the help of Stancold PLC (£211,000 project) in the fit out (internal cladding) of the chilled and hygienic environments using composite insulated panels (white food-safe material) supplied by PIR (Kingspan) and Rockwool (Eurobond). Over 4,000m² of panels were required to finish the production and distribution facility.

In September 2007 Serious Desserts decided to upgrade its processing equipment. After carrying out much research and testing, the company alighted on Riggs Autopack as the supplier for new depositors to manufacture the range of chilled desserts.

The system includes ten single-head depositors that work both on and off line. These have each been linked to low level-hoppers to allow ease of product loading, which is essential for the depositing of fresh cream premium desserts, the majority of which are in upmarket glass beakers or ceramic dishes.

“The new soup line will package organic vegetable casserole in plastic ready meal pots (300g and 500g) at a rate of 50 per minute.”

The nozzles on the Riggs machines are designed to allow easy maintenance and cleaning and also to give drip-free cut-off operation. There is a full range of depositing nozzles and decorating heads for use on the machines, for the production of different desserts using different creams and fillings.

The depositors are pneumatic and were also designed to give weight control for the dessert production, providing the deposits within set tolerances. The Serious Desserts installation was followed by a training programme from Riggs for the operators and also a comprehensive after-installation service.

With success of the desserts line under its belt, Riggs Autopack was also asked in December 2007 to supply Serious Soup in Llantrisant with equipment for a new production line. This was needed to increase the automation of the operation, including a twin-head 1000 series depositor and a twin-skinned product hopper.

The new line will package organic vegetable casserole in plastic ready meal pots (300g and 500g) at a rate of 50 per minute. The system also has a rapid clean-in-place system which makes changeovers and maintenance much easier.