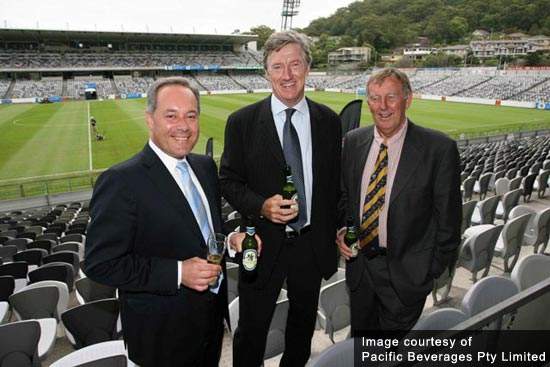 Morris Lemma, the Premier of NSW (left) with Miller executives on sale of Blue Tongue. 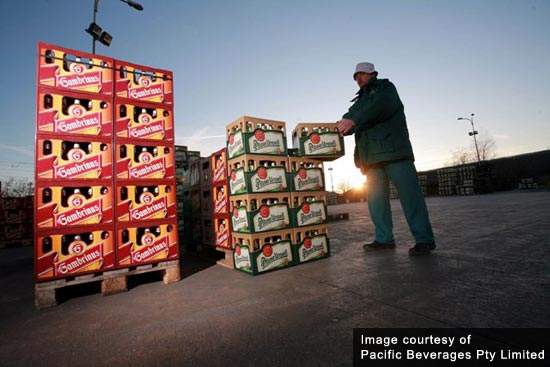 The new brewery will have a capacity of 500,000 hectolitres per year. 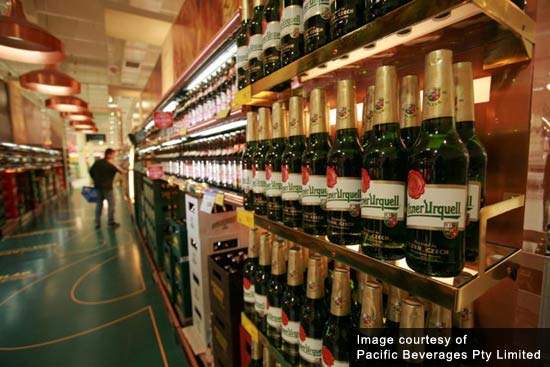 The purchase of Bluetongue has given SAB Miller a series of award-winning premium Australian brands. 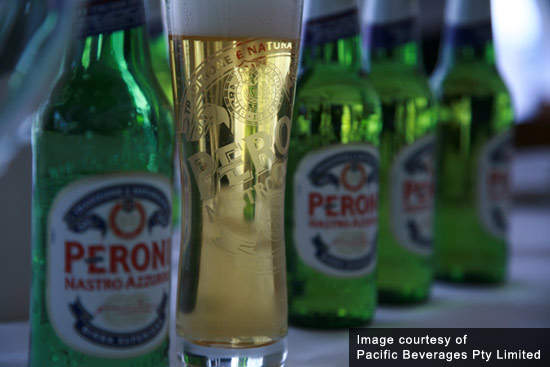 A second phase could increase the capacity of the SAB Miller brewery to 1 million hectolitres per year.

In February 2008 SAB Miller and Coca-Cola Amatil (CCA), as the 50:50 joint venture Pacific Beverages, announed plans to set up a new brewery in the central coast region of Warnerville Business Park, New South Wales, Australia. The estimated investment for the project is $120m.

Construction started in June 2009. The first brew from the facility is scheduled to be produced in the second quarter of 2010. The construction phase of the project has generated about 250 jobs in the region.

The brewery will have a capacity of around 500,000 hectolitres a year and one million bottles a day. The brewery is being jointly funded by SAB Miller and Coca Cola and is expected to employ 100 to 120 personnel.

After five years a second phase is envisaged, which could increase capacity to one million hectolitres. Wyong Shire council have given assurances that there is sufficient water in the region to accommodate the brewery under the name Water Plan 2050.

Clearing of the ground for the wastewater treatment plant has been completed. The brewhouse area was prepared prior to the installation of the brewing equipment.

The brewery has incorporated environmental technologies. The sponsors of the project chose CST Wastewater Solutions and Global Water Engineering to install the wastewater treatment system.

“The brewery will have a capacity of around 500,000 hectolitres a year and one million bottles a day.”

The treatment process of the wastewater will include various pre-treatment steps. Following these steps, the water will enter into a closed anaerobic methane reactor, where it will be treated by bacteria to produce biogas.

The wastewater will then undergo an aerobic treatment to reduce its organic content. It will finally where pass through a reverse osmosis process to further reduce its waste content. The treated wastewater will be then sent to the disinfection and storage unit for reuse.

The construction of the new brewery will give a boost to Pacific Beverages’ growing influence in the Australian and New Zealand premium beer markets. The Pacific Beverages share of the market has grown at a rate of around 15% each year since 2002.

The announcement of the new construction followed the announcement of Pacific Beverages acquisition of the Australian premium brewer, Bluetongue Brewery Pty Ltd. Assets acquired were about $12.3m but the brand had grown by 70% in the year up to November 2007.

The new ’boutique’ brewery, called the Bluetongue Brewer, will help Pacific Beverages to greatly increase the production of the popular brands Bluetongue and Bondi Blonde beer.

These will help to meet increased domestic demand and also provide capacity for the production of additional premium beer brands such as Miller Chill, the chelada-style light beer that was released in Australia in November 2007.

Terry Davis, group managing director of CCA, commented: “We have found a great site for the new Blue Tongue Brewery, located close to the F3 Motorway on the Central Coast, and the gateway to the thriving Hunter region. We are looking forward to building a state-of-the-art facility with our partner SAB Miller, who, as one of the world’s largest brewers, will bring great brewing technology and expertise to our Australian market.”

The capacity of the old Blue Tongue Brewery is around 50,000 hectolitres per year and the new brewery will give ten times more capacity.