PepsiCo's Shanghai research facility is expected to become an innovation hub for the company.

The Shanghai R&D facility of PepsiCo includes a culinary centre and test kitchens.

The innovation centre is built as part of PepsiCo's expansion plans in China. 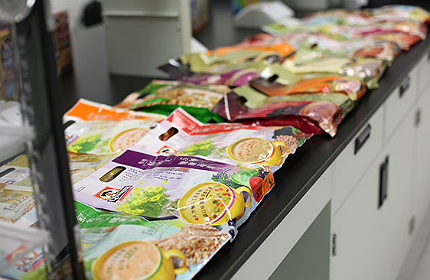 PepsiCo’s new food and beverage research and development centre is located in Shanghai, China. The state-of-the-art facility, which was opened in November 2012, is PepsiCo’s largest innovation centre located outside of the United States. It was built with an investment of approximately $45m.

"Such collaboration is expected to create a global R&D network aimed at developing innovative and market relevant products."

The new facility will serve as an innovation hub for PepsiCo in Asia and help in generating new products, packaging systems and equipment.

The R&D facility will enhance the company’s innovation efforts to develop products targeting the local market. It will work in collaboration with PepsiCo’s other innovation centres across the world to share the research data.

Such collaboration is expected to create a global R&D network aimed at developing innovative and market relevant products.

The market for snacks, beverages and nutrition products is growing at five percent per annum across the world. The Shanghai R&D facility will develop new products to capitalise on this growth.

The Shanghai facility is spread across 16,000 square metres (172,223 square feet). It includes a state-of-the-art culinary centre and test kitchens, which will focus on the development of new products tailored to local tastes.

A pilot manufacturing plant and taste testing facilities are also part of the R&D centre. These facilities will help in testing new products and accelerate the development process to launch the products in the market.

PepsiCo has a portfolio of 22 food and beverage brands which generate approximately $1bn in annual sales.

"The market for snacks, beverages and nutrition products is growing at five percent per annum across the world."

A key focus of the company has been to develop innovative products which will cater to the tastes of consumers across the world.

In line with these efforts, PepsiCo has launched its most popular brands in local Asian flavours. Lay’s potato chips have been launched in cucumber and ice lemon tea flavours, Mirinda has been launched in sour plum and peach flavours, and a coconut water variant of Tropicana has also been launched. The new facility in Shanghai will focus on developing more products such as these to cater to local tastes.

Innovation will be a key factor to survive in the growing Chinese and Asian markets, according to PepsiCo. The company expects that the Shanghai plant will help in driving this innovation.

Locating research and development closer to the target market will help the company to launch products in the market in as little as two weeks.

The R&D centre has been built to Leadership in Energy and Environmental Design (LEED) standards. It incorporates state-of-the-art technologies and processes which reduce energy usage, as well as operating costs.

Marketing commentary for China and Asia

China and, broadly, the Asia Pacific region is one of the biggest growth markets for PepsiCo. The company’s revenue from the region has tripled from $8bn in 2006 to $22bn in 2011. To capitalise on this growing market, PepsiCo announced its decision to invest $2.4bn in China in May 2010.

"Innovation will be a key factor to survive in the growing Chinese and Asian markets, according to PepsiCo."

PepsiCo has also formed strategic alliances and signed agreements with various companies. It has entered into a beverage alliance with Tingyi in China and Suntory in Vietnam. Sales of soft drinks, juices and bottled water in China have increased to 270 billion yuan between 2006 and 2010. The beverage alliances will help in further increasing the Chinese sales.

The new R&D facility in Shanghai will also help in addressing competition from companies such as Coca-Cola, which is expanding aggressively in China. Coca-Cola announced in 2011 that it will invest $4bn in China to capitalise on the region’s growing market.