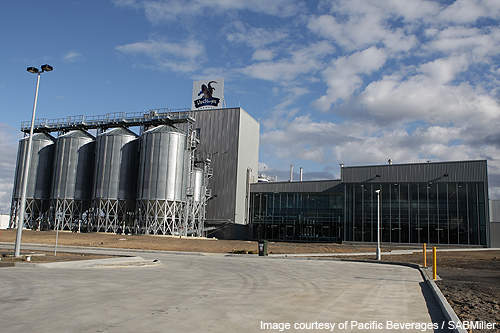 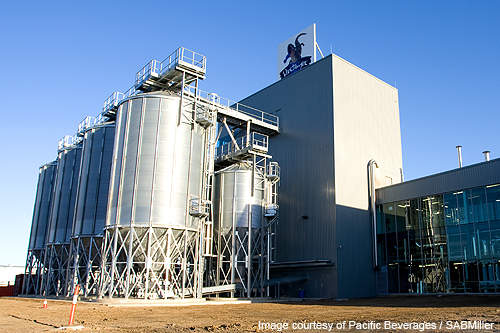 The brewery is built on a 10ha site. 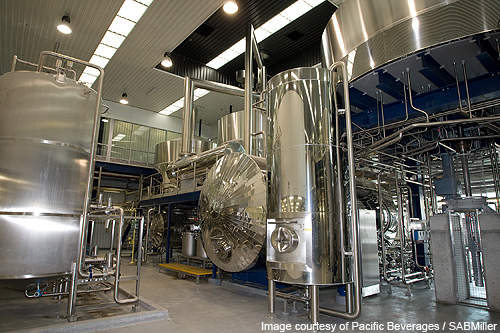 One of the brew houses of the Bluetongue Brewery. 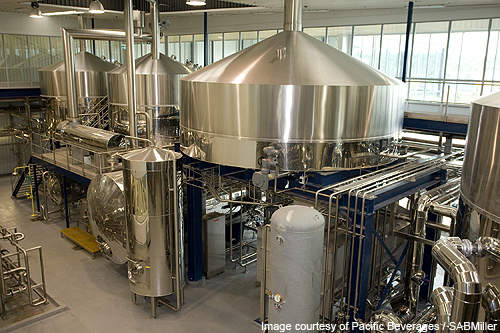 The smaller brewhouse in the facility. 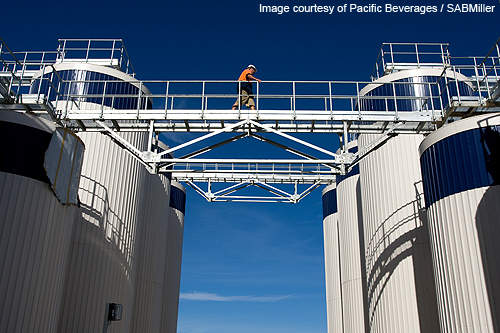 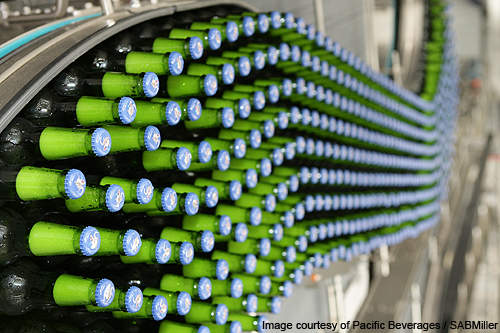 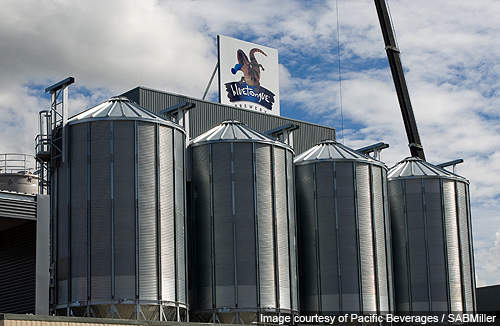 The Bluetongue Brewery has an initial capacity of 50m litres a year.

Bluetongue Brewery is a new plant in Warnervale on the Central Coast of New South Wales, Australia. The brewery is owned by Pacific Beverages, a joint venture between Coca-Cola Amatil (CCA) and SABMiller.

Work on the brewery was started in April 2009. Construction took 18 months and was completed in May 2010. Production began in June 2010 and the facility was officially inaugurated in November 2010. The cost of construction was A$120m ($105m).

The brewery is built on a 10ha greenfield site at the Warnervale Business Park, near Wyong, about 95km north of Sydney.

The site includes the entire associated infrastructure including a wastewater treatment plant. A visitor centre, beer-tasting and cellar door facilities are also planned to attract regional tourists for brewery tours.

The Bluetongue Brewery has a capacity of 50m litres a year. The brewery will produce 1m bottles of beverage per day. The capacity will be expanded by 100m litres in future, making it the second largest brewery in New South Wales.

“The Bluetongue Brewery has a capacity of 50m litres a year.”

The new facility replaces the Bluetongue brewing facility at Cameron Park. The existing equipment and the 5,000l unit at Cameron Park will be eventually relocated to the Warnervale site.

The Bluetongue Brewery has two brewhouses installed in a single brewery and uses modern brewing technologies. The two brewhouses vary in size and have brewing flexibility to cater to the needs of customers and consumers.

The facility has five brewing vats, small tanks, a CIP system and a hop cellar. It has beer blending and filtration units and a cooling unit, which covers the entire facility with an ammonia network.

The brewery deploys genuine draught sterile filtration, centrifuge technology, sterile filling and the decoction technology. It also has a bottle packaging line with an Altair N40 Wrap-Around Case Packer and a Vega N80/2 Shrink Wrapper machine. The modular design of the new brewery will allow for its expansion.

The facility’s sustainable features make it one of the most environmental friendly breweries in the world.

The brewery consists of a decoction vessel which cooks different grains such as wheat, sorghum and rice. Different brands are brewed and bottled on a separate packing line, as per the requirements of the individual brands. The brewery uses about 2.2l of water for producing one litre of finished beer.

This twin stream brewhouse will allow production of variety of beers including the domestic brands, modern Australian and American beers, and the international brands of SABMiller. The SABMiller brands include Miller Chill, Miller Genuine Draft, Peroni Leggera, Grolsch and Peroni Nastro Azzurro.

The decoction is a mashing technology used for making traditional European lagers. The Bluetongue Brewery has been created for taste, quality and flexibility to produce wide beer range. It will particularly focus on the draught beer market.

The Warnervale brewery has several sustainable features. The water recovery plant at the brewery produces high quality reusable water. It is the largest of the projects aimed at sustainability at the site. The plant deploys an anaerobic methane reactor, membrane biological reactor and a reverse osmosis treatment process.

“Bluetongue Brewery was founded by four entrepreneurs in 2003.”

About 15% of power consumption is decreased by feeding the methane recovered from the anaerobic reactor of the water recovery plant to a methane reactor. The recycled water is used for general maintenance and cleaning.

They reduce power consumption and have lower atmospheric emissions and wastes than the conventional breweries.

A storm-water harvesting system at the brewery can capture about 900,000l of water. The project will supply water to the Porters Creek in future, as part of the wetland conservation scheme.

Bluetongue Brewery was founded by four entrepreneurs in 2003. The facility was located at Cameron Park in Newcastle, New South Wales. The Bluetongue and Bondi Blonde beer brands were purchased by Pacific Beverages in 2007.

The company has been successful in growing its share from 3.6% to 10% in the Australian market. It aims to expand its share in the market with the new facility.