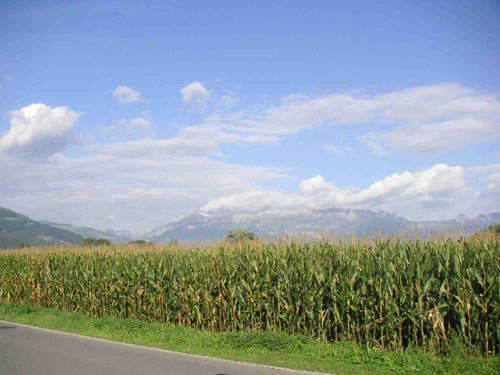 The plant is located in the heart of Hungary’s maize growing regions. 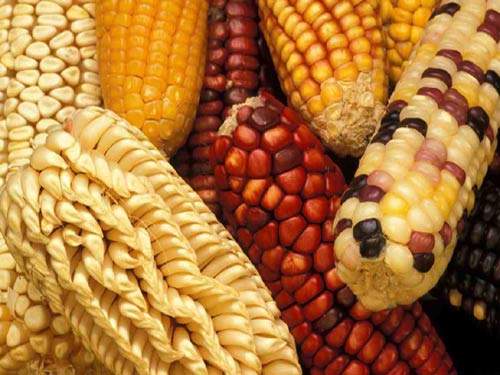 Maize can be converted into corn starch, fructose or bioethanol and production can be tailored to suit market requirements and sugar quotas. 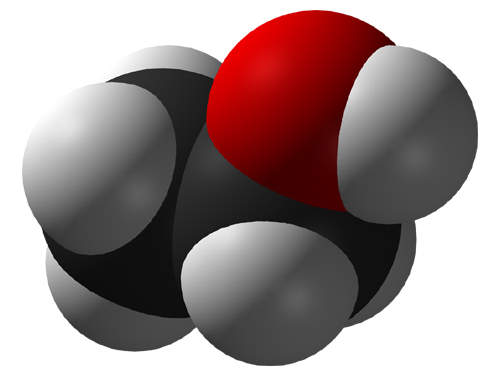 Ethanol is now being sought as a valuable biofuel. 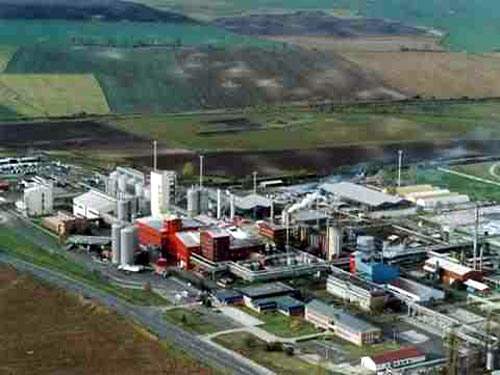 The plant prior to the expansion.

Hungarana Kft, one of the largest maize possessors in Europe, has recently completed a major expansion of its Szabadegyháza facility, costing an investment of over €100m, to increase its capacity for processing corn into corn starch and isoglucose for the food processing industry as well as bioethanol for the petrochemical industry. The company is a joint venture concern between the corn growing conglomerate Agrana of Austria and Eaststarch. The expansion will allow the plant to process over one million tonnes of corn every year.

The Szabadegyháza facility is located in the centre of Hungary’s main maize growing areas and produces about 220,000t of isoglucose each year, comprising 27% of total European isoglucose output.

Corn starch is used in food production as a thickening agent and also to lighten the texture of cakes and pasties. It is obtained from the grinding of the endosperm of the corn. Isoglucose is a sweetening agent used in the production of cakes, biscuit and pie fillings and is a fructose obtained from the processing of starch. Other sweetening products can be produced at the plant such as corn syrup.

The plant has been designed so that bioethanol production can be adjusted to meet market demands. The plant is also being configured to make use of wastewater and by-products for biogas production. It has been calculated that the biogas plant will be able to supply 25-30% of the company’s energy needs.

“The expansion will allow the plant to process over one million tonnes of corn every year.”

The production quotas for fructose and glucose-based corn syrup have become strictly controlled following EU sugar reforms. The European Commission has set the isoglucose quota for the coming 2008-09 market year at 820,000t, with sugar at 13.5 million tonnes. This has hit European producers, causing a drop in profits. Because of the changes in the sugar market and the growing demand for biofuels, Hungrana has tripled its bioethanol production capacity in an expansion project completed in July 2008.

The plant will now produce around 150,000t of bioethanol per year, allowing Hungary to meet the EU 2020 targets of 10% bioethanol content in vehicle fuel (5.75% by 2010). Hungrana began its involvement in the biofuels sector in 2006 launching its ‘Greenfield’ programme and entering the market with its E85 biofuel (84% ethanol and 14% gasoline, 2% denaturant additive) for flexi-fuel vehicles (FFVs) sold via 15 filling stations.

Bilfinger Berger Industrial-Services subsidiary BIS Hungary Kft (BIS) was awarded the contract in 2006 to expand the Hungrana plant in Hungary. The work has mostly involved the construction of a distillery for the production of bioethanol. The four-storey distillery has been constructed on a greenfield site adjacent to the existing plant and has a floor area of over 900m² and is able to produce 370,000l of bioethanol per day.