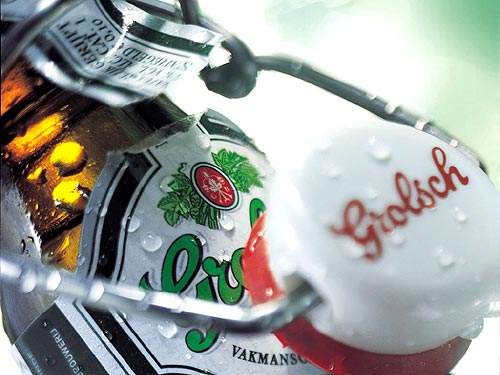 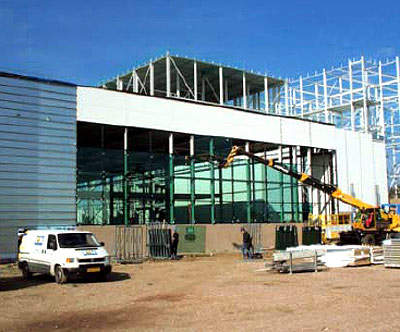 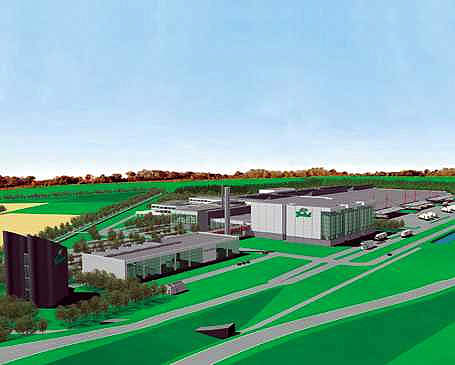 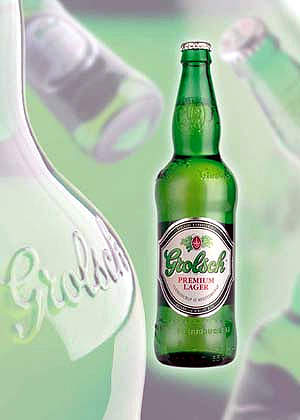 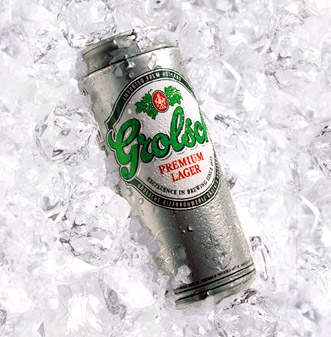 Two more lines are still under construction - the returnable bottle line and a further can line.

Grolsch officially opened its brewery in Enschede, Holland, in April 2004. The facility was built to replace two other smaller breweries at Enschede and Groenlo.

The brewery had been planned as a major expansion for the company since 1998, and construction was eventually started in early 2002 following a planning refusal by the Dutch Supreme Court in 2000 on environmental and procedural grounds, and a serious explosion at the older Enschede brewery in 2000 that required much reorganisation to maintain production.

This was aided by Solipsis and Synstar Business Continuity, who are responsible for the maintenance of Grolsch’s business in the event of catastrophe.

In November 2007 SAB Miller made an offer for the Grolsch brewing business of €816m ($1.2m), valuing the company at €48.25 per share. The board of Royal Grolsch accepted the offer and the deal was completed on 21 February 2008. Grolsch is the Netherlands’ second-largest brewer behind Heineken and has sales of €300m per year. Grolsch became a subsidiary of SABMiller in February 2008.

The brewery was built on a 25ha area south of the town of Enschede near the German border in Boekelo. The total area of the brewery complex is 120,000m² including a tank building, process and bottling facilities, offices and a distribution centre, as well as a power plant.

The brewery is able to produce four million hectolitres (400 million litres) of Grolsch beer annually. There are tentative plans for a future expansion to six million hectolitres; this is still under consideration but the facility already has the necessary infrastructure. The facility works in a four-shift system for continuous production.

"Grolsch officially opened its brewery in Enschede, Holland, in April 2004."

The brewery started limited production of keg (limited keg filling) and yoke closure bottled beer on two filling lines at the end of 2003, as after the explosion production was centred at Groenlo where space was at a premium. The brewery required an investment of €277m to construct and fit out.

The brewery was officially opened with four production lines (two non-returnable bottle, two canned), and two more lines – the returnable bottle line and a further can line – were opened in early 2005.

The architect for the brewery project was Andreas Helstedt from the Danish company HMT, specialists in brewery planning. The building itself was constructed largely from Paroc panels supplied and installed by Dutch company SI-Tech. The architect wanted to create an impression of ‘cassettes’ on the complex façades and this was accomplished by using Paroc Shadow panels. Their V-shaped joints form a clear profile between the panels and emphasise the smoothness of the panels.

In the high tank building ‘larger cassettes’ were created with a new design, where shadow joints were applied at every second panel joint. The system is called Paroc Shadow 2400. The building required 30,000m² of external façade Paroc Shadow panels and 15,000m² of internal wall panels.

The project was managed during the planning and engineering phase by Danbrew of Denmark. The six bottle and can filling lines were installed by Sig Simonazzi of Italy. Sig Simmonazzi is also involved in the transfer and commissioning of some of the process units and production sections from the existing breweries, which was complete by 2005.

"The brewery is able to produce four million hectolitres (400 million litres) of Grolsch beer annually as of 2005."

Four process cell manufacturers were chosen for the brewery’s production block: Brabant van Opstal in the silo area, Huppmann for the brewhouse, GEA Tuchenhagen in the fermentation room and storage cellar, the pressure tank cellar and the CIP process units, and Filtrox in the filter cellar. Aquacare in conjunction with York Refrigeration supplied and installed flow control equipment for four evaporation condensers and a liquid cooler.

This contract also included the provision of a central system for dosage of anti-scale and anti-corrosion agents, as well as time-controlled release of a biocide.

The keg filling unit was built by Briggs of the UK. Krohne installed the magnetic flowmeters for processes involving transferring wort, beer filling, process water, wastewater and clean in place (CIP) liquids. Paques installed an effluent treatment plant in the brewery that uses BIOPAQ® IC technology for anaerobic pre-treatment and CIRCOX® technology for aerobic post treatment to maintain the highest environmental standards. Brewmaxx from Herzogenaurach, using a system with the same name and configured by the ProLeiT AG, was responsible for the complete automation of the plant.

Swisslog was responsible for the installation of the packing/shipping and pallet handling systems, having supplied the conveyors, automatic loading/unloading systems, monorail system, video recognition stations, automatic store, local transport control systems. Swisslog was also responsible for the adaptation of the SAP LES WMS software to allow the system to integrate with the rest of the brewery systems.

The brewery was designed to be one of the most efficient and automated facilities of its kind in the world. A brewmaxx system that conforms to ISA S 88.01 from ProLeiT with its ultra-modern technology was used for the complete process cell automation. The new S 88 structure demands a complete order-controlled production system.

The first part of the automation job covered the process control and the process cell data acquisition for the complete brewery, from the fermenting room and storage cellar to the filter cellar to the effluent treatment. Equipped with four servers, 14 workstations and 12 Simatic S7 PLCs, the software collects and controls more than 350 drives, 3,600 single- and double-seat valves and 2,400 measured values and counters.

The video mode specially developed for Grolsch offers diagnostic capabilities far exceeding those provided by the usual process picture display. Process pictures can be viewed as far back as two weeks.

The second part of the automation job was the complete process data acquisition for the filling process cells that cover the data processing for seven filling lines, with approximately 150 associated controllers used to cyclically read 21,000 digital and 2,000 analogue data points.

The third part of the automation job covered all manufacturing execution system (MES) functions for the complete management system, the process data preparation and transfer to the higher level SAP R/3 ERP system as well as the complete management reporting system. Information from the production and filling process is automatically provided in web-based form to the process cell management to serve as a basis for planning.

In the brewery all installations are connected on a Siemens PLC Profibus network with remote I/O. There is also an Ethernet connection for the MES-system and the enterprise resource planning (ERP)-system of SAP (Netware networks protocol). 750 frequency converters from Danfoss communicate via the Profibus-network and supply motors with the correct control current.

The commercial department can order via SAP; SAP checks if all required equipment like packaging is available. SAP sends messages to the stock warehouse from which the required pallets, barrels and bottles or cans are sent to the filling line. The Proleit MES-System translates this into orders for the production and the filling line, followed by response reports from all next steps via the same loop.

The Filler Stop Tracker Tool is a new development being used for the first time in the filling area. This is used for the documentation and error tracking of any filling stops that have occurred. It is installed on the operator station in the immediate vicinity of the filling machine and monitors, in the background, the pending filling stops.

A dialog is displayed if one of these stops lasts longer than the planned duration. The operator is then requested to assign a cause to the associated filler stop. This ensures that the filler stop is documented and will be available for subsequent analysis in report form.

A differentiation is made between process-cell-related, process-cell-external and product-related fault causes.