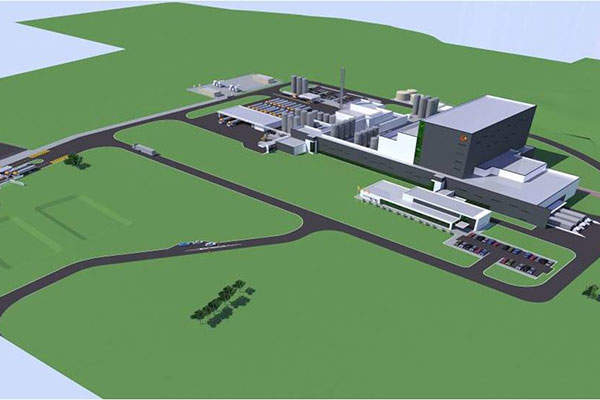 The investment for the construction of the facility was €150m ($194m), while a further €35m ($38.4m) investment was announced to upgrade the site. Credit: Glanbia Ingredients Ireland (GIL). 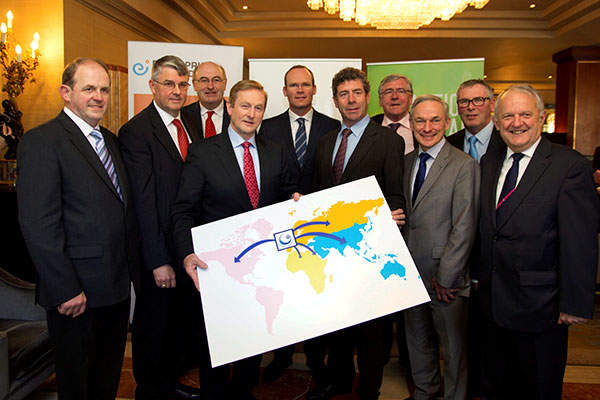 The plant has a capacity to manufacture more than 100,000t of nutritional dairy powder a year. Credit: Glanbia Ingredients Ireland (GIL).

Glanbia Ingredients Ireland (GII) initiated the construction of a new dairy processing facility at Belview in County Kilkenny, Ireland, in May 2013. The new processing facility was officially opened in March 2015. It has the capacity to manufacture more than 100,000t of nutritional dairy powders in a year.

The project was a joint venture of Glanbia Co-op Society and Glanbia, which hold 60% and 40% stakes respectively in Dairy Ingredients Ireland (DII), Glanbia’s dairy ingredients division.

The investment for the construction of the facility was €150m ($194m). The project was supported by the government of Ireland through the Enterprise Ireland department. GII announced an additional €35m ($38.4m) investment in the plant to upgrade the site to produce value-added ingredients for the infant formula sector.

The plant is expected to boost the rural economy in Ireland by providing income to the farm families by providing a chance for on-farm expansion. It is also expected to contribute roughly €400m ($517.56m) a year to the local economies of 16 surrounding counties.

The new facility is one of the biggest in Europe, with a total floor space of approximately 23,500m² (252,952ft²). It has the capacity to process three million litres of milk a day.

The facility is equipped with the latest dairy manufacturing technology. It has dryers with a capacity to process about two 7.5t loads in an hour.

The facility is expected to create about 1,600 direct and indirect jobs by 2018. Its construction phase generated about 450 jobs. The products manufactured by the facility are exported.

The new dairy facility broke ground for construction in May 2013. It processed its first milk in December 2014.

PM Group was awarded a contract to provide engineering design and construction management services for the Glanbia dairy processing facility.

GEA Process Engineering was awarded a contract to provide process engineering solutions and services including design, engineering, procurement, erection and commissioning, for the new plant.

Wills Bros was appointed as the civil engineering contractor for the project. The precast concrete for the construction of the new facility was supplied by Banagher Precast Concrete, while TechRete supplied the architectural precast cladding.

GII processes and manufactures a range of dairy ingredients for the clinical and sports nutrition sectors. It is one of the key Irish dairy processors, which supplies cheese and butter to the Irish Dairy Board that are sold under the Kerrygold brand.

The consumer branded products processed and produced by the company in Ireland include Avonmore, Yoplait, Kilmeaden, Premier milk, Snowcream and CMP.

Some of the nutritional brands manufactured by the company include ON sports nutrition brand, BSN, Provon, TruCal, Prolibra, BarPro and BarGain.

GII is one of the leading dairy ingredients companies in Ireland. The company has the installed capacity to process about 1.6 billion litres of milk into a range of dairy ingredients to export across 50 countries. It supplies enriched milk powder in consumer-ready formats to West Africa, Middle East and Asia.

The company exclusively supplies cream to Baileys. It has a workforce of about 500 with market bases located across Ireland, Germany, the US, Dubai and Senegal.

The new facility at Belview was built to increase milk production, prior to the abolition of milk quotas in the European Union in April 2015. The new facility was supported by the Irish Government to realise the potential for dairy expansion in the country under its Food Harvest 2020 strategy.