A section of the cheese plant at Gooding, one of the largest cheese manufacturing facilities in the world. 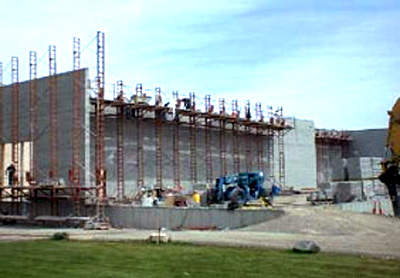 Once the expansion is completed, the Gooding cheese factory will manufacture approximately 900,000lb of cheese every day. 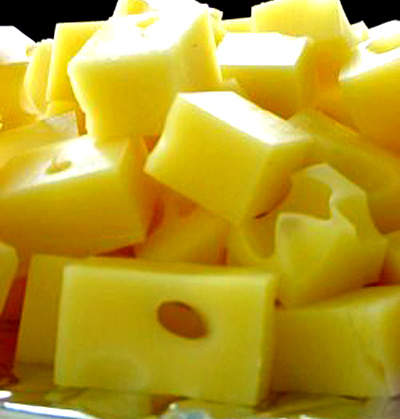 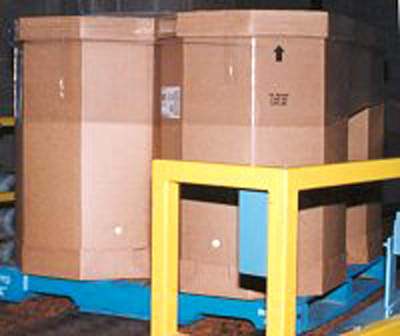 The plant produces 500lb barrels of American-style cheese that are sold as an ingredient in producing processed cheese slices.

Gooding cheese plant underwent extensive renovation and expansion in 2000, and again in 2004, making it one of the most efficient cheese manufacturing facilities in the world.

In May 2005 Glanbia announced a further expansion of its cheese production facility at Gooding, Idaho, US. The plant, one of the largest cheese manufacturing facilities in the world, can produce 780,000lb of US-style cheese a day.

Originally commissioned in 1991 for the Gooding plant, this will be the second expansion inside 18 months. The plant underwent extensive renovation and expansion in 2000, and again in 2004, making it one of the most efficient cheese manufacturing facilities in the world.

The Gooding facility used to process 7.1 million pounds of milk daily from more than 100,000 local cows before the expansion.

The expansion increased the milk processing capacity to 8.4 million pounds of milk a day, requiring milk from 120,000 cows.

The barrel plant, located in Gooding, Idaho, is the largest barrel cheese producing plant in the world. The plant processes four million litres of milk each day to produce 500lb barrels of US-style cheese that are sold as an ingredient in producing processed cheese slices. The most popular products include cheddar, mozzarella, Monterey Jack, Swiss, Colby, Colby Jack and Pepper Jack.

The Gooding plant also has a lucrative ingredient manufacturing facility at Gooding which uses the whey by-product from cheese manufacture to produce other high value products.

The ingredients manufactured at Gooding currently include: Avonlac 134, a whey protein concentrate with 34% refined edible lactose, Thermax, a heat stable whey protein, Bioferri, a bioactive milk protein and TruCal, a powdered milk calcium product that can also be put into capsules, drinks or bars. Glanbia Foods, in a separate project worth $3m, expanded the Gooding facility’s TruCal production by 37%.

The expansion was started in February 2005 because international demand is so high for TruCal (customers want food fortified with milk calcium). The expansion added roughly 2,000ft² to the current Gooding processing plant, where the first stage of production for TruCal took place. The product leaves the Gooding facility in liquid form and is transported to Richfield, where it is spray dried before being sold. The expansion did not increase the company’s need of local raw milk. The expansion was completed in November.

“The expansion increased the milk processing capacity to 8.4 million pounds of milk a day.”

In 2006, design firm CTA designed a 3,000amp electrical engineering and design service worth $500,000 to improve the production capacities of the plant.

The Gooding plant also adopts efficiency measures such as enhanced receiving bays to upload 31,000l of milk in 12min. The milk for the plant is transported using lighter tanker trucks for better mileage and energy and cost efficiency.

Glanbia completed the construction of a wastewater pre-treatment plant in Gooding, the first ever built by a cheese processor in the state of Idaho. This additional $13m project was initially operational in July 2005 and was commissioned in 2006.

The wastewater pre-treatment works were designed to handle future expansions at the Gooding facility. The wastewater treatment plant removes more solids in the wastewater than previously and eliminates odours. The plant won the Pacific Northwest Clean Water Association Idaho Outstanding Water Reuse Award in 2006. The treated water is used for irrigating crop on about 1,200 acres surrounding the plant.