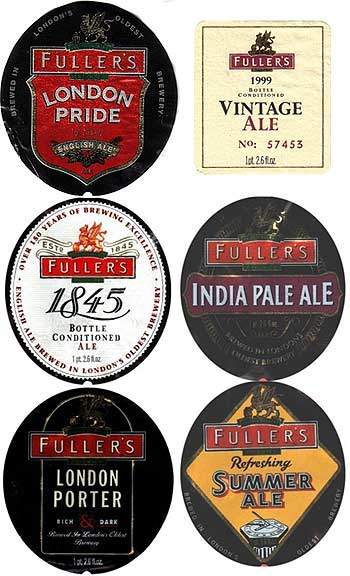 Fuller, Smith and Turner has upgraded production facilities at its Chiswick brewery in west London. 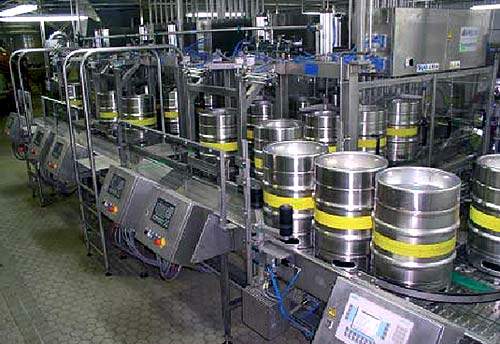 Two dual-lane versions of the Innokeg Transomat Duo 3/1, operating in a parallel fashion, are able to handle the task of washing and racking the kegs. 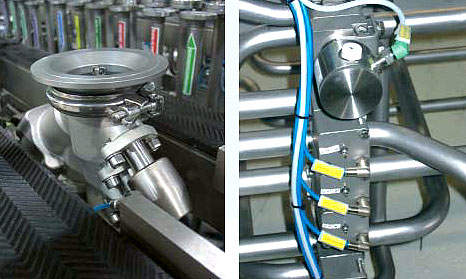 The filler valves on the equipment (part of the DFC technology). 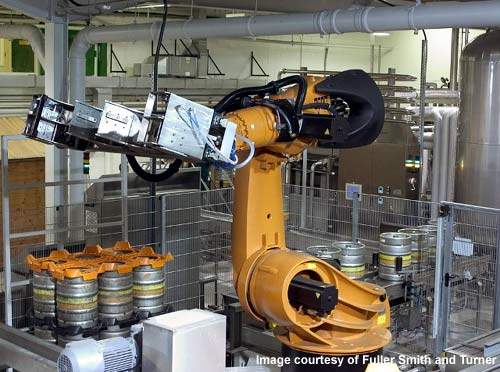 The intelligent robot-controlled palletiser on the production line stacks the kegs ready for shipment. 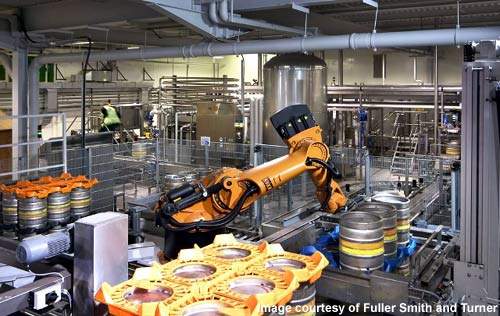 The robot arm on the Fuller's kegging line is a labour-saving device that ensures flexible and variable handling of different pallets. 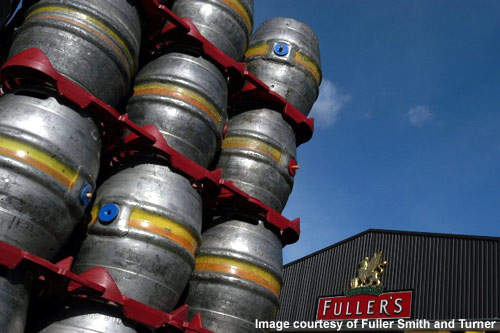 Fuller's has approximately 360 pubs in London and the South East. 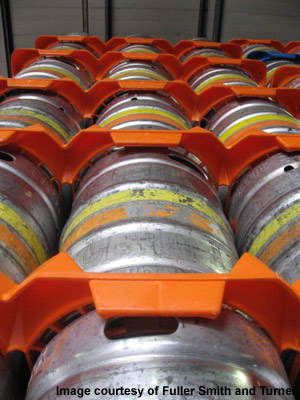 Fuller's uses Strategix supply chain management to offer an integrated system from stock through to accounting.

The London-based brewery company, Fuller, Smith and Turner, upgraded production facilities at the Chiswick brewery in west London in 2004. The family-owned company, which has been producing beer in London since 1845, is well known for its premium beers such as ESB, Chiswick, 1845, Honey Dew, Summer Ale, Jack Frost, Golden Pride, Vintage Ale, India Pale Ale, London Porter and the multiple-prize-winning London Pride. These beers and others in the range are available in bottles, cans and aluminium kegs.

The brewery’s annual sales total in excess of £178m (2006–2007). Turnover increased by 23% in 2007. Its products are widely distributed in the UK and Ireland to pubs and restaurants as well as the retail sector through a well-developed sales network. The beers are also exported to the world market. Fuller’s has approximately 360 pubs, which are divided about half and half between managed and tenanted houses. The brewers own pubs and outlets are located majorly in London and the South East.

The upgrade to the facilities at Chiswick was carried out to increase the keg output capacity at the brewery in readiness for future market demands. The new equipment is able to rack and keg the beers produced so that they have better keeping qualities.

Keg beers (real ale) may be sold containing live yeast as ‘Cask Conditioned’, or as ‘Bright’ beer which has been racked or filtered to remove the yeast and then pasteurised.

Cask conditioned beers tend to deteriorate more quickly and also need to settle for several days before the keg can be tapped and used, whereas bright beers last much longer in the cask and can be tapped and used immediately (this would certainly be more appropriate for a pub with a low turnover).

The production of pasteurised kegged beer accounts for an estimated 13% (1 million litres) of the brewery output, which is an increase of over 6% over the last three years. The company still sells the majority of its beer ‘live’, 7% in bottle and 80% with yeast still active and fermenting in cask.

This £2m investment in new equipment has placed the company in a good position for increased growth in the future. The equipment was installed in the final quarter of 2004 and is now in full production.

The new line of keg racking equipment was supplied and installed by German manufacturer KHS’s specialist subsidiary, KHS Till. The new equipment installed at the Chiswick brewery has more than double the capacity of the old equipment it has replaced, which was nearly 30 years old. The rate of production has increased from 120 to 280 kegs per hour.

The new KHS line is capable of fully integrated production in that it can clean and sterilise the kegs, fill them with pasteurised beer and then pallet them in readiness for dispatch. The filling technology of the system eliminates the time-consuming activity of pumping beer back from a separate skimming tank used to collect the fob (foam).

The elimination of fob is achieved by using a counter pressure filling system, which maintains the pressure of nitrogen and carbon dioxide in the keg as it is being filled
and also by controlling the fill rate so that it is slower at the beginning and the end of the process. In older systems fob is run from the top of each keg as it is filled.

The dual line is designed for an output of 280 kegs per hour and is able to process 30l and 50l kegs in addition to standard 58l kegs. Two dual-lane versions of the Innokeg Transomat Duo 3/1, operating in a parallel fashion, are able to handle the task of washing and racking the kegs. The advantage of the dual-lane is that the equipment occupies up to 40%, which is important in the Chiswick brewery where space is at a premium.

The smaller footprint is made possible by combining two independently operating treatment lanes in only one machine frame. Each lane of the dual Innokeg TRANSOMAT DUO 3/1 is equipped with three active washing stations, one racking station and can process up to 70 kegs per hour. The keg cleaning system also includes two permanently installed cleaning media tanks of 360l with stainless steel pumps, a fresh water supply for rinsing and an automatic level and temperature control.

DFC (Direct
Flow Control) racking technology is incorporated into the racking process which utilises volume-flow control to ensure that the kegs are filled gently by means of a control valve in the product supply that regulates the process. This system guarantees maximum filling level accuracy and minimum waste (spill) coupled with considerable savings in pressurised gas.

“The dual line is designed for an output of 280 kegs per hour and is able to process 30l and 50l kegs in addition to standard 58l kegs.”

One of the advantages of the increased capacity at the Chiswick Brewery could see Fuller off-setting some of the investment cost of the new kegging line by using it for filling contracts from other brewers. The beer would be transported as ‘live’ unracked beer in tankers from the producing brewery to the Chiswick brewery in order to be kegged.

In addition, savings will be made in labour costs since the number of hours spent kegging will be reduced and fewer staff will be required to operate the system.

One of the most effective labour-saving sections of the line will be the intelligent robot-controlled palletiser, which stacks the kegs ready for shipment. This ensures that kegs are grasped exactly and guarantees flexible and variable handing of different types of pallet and locator boards as well.

Fuller has used Strategix supply chain management software since about 1997. Fuller’s needed a system that would give it an integrated order through to stock through to accounting system. Since then the system has been extended to many more areas of Fuller’s business including payroll, vehicle scheduling, EPOS (Electronic point of sale) systems in the pubs, budget and business intelligence systems.

In addition, the system has been developed to deal with other considerations peculiar to brewers such as ullage (allowances for spoilage and waste) and the beer duty payable.

The current application under development for Fuller’s is an e-commerce system that will allow pubs to order beer, food and dry goods online from the company with minimal fuss. CRM (customer relationship management) and ERP (enterprise resource planning) manufacturing applications are also under consideration.