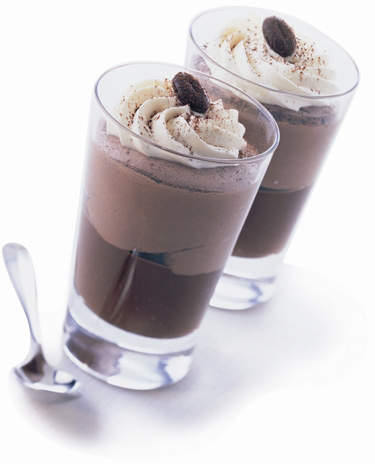 An example of a mocha dessert produced for M&S. 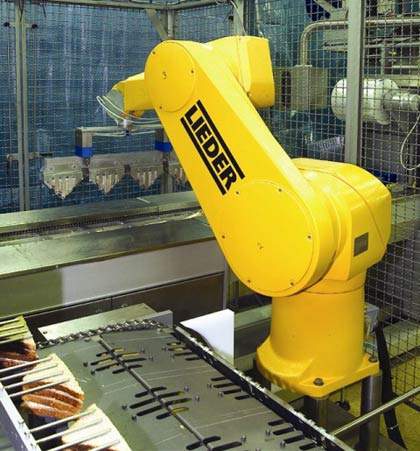 The company has invested heavily in new equipment at the majority of its plants; this robot arm aids in packing sandwiches for M&S (50 million per year). 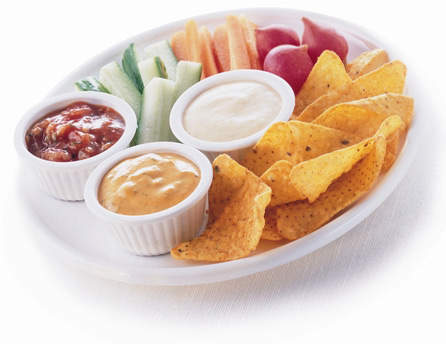 The company also packages dips and salads for M&S. 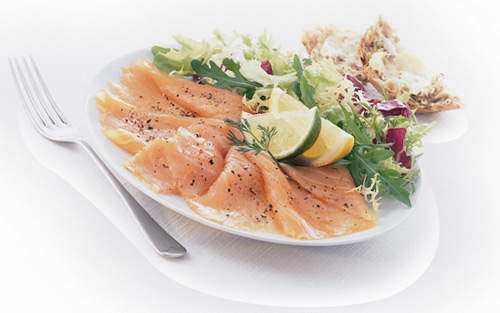 One branch of Uniq, based in Annan, Scotland, is one of the UK's leading salmon processing companies. 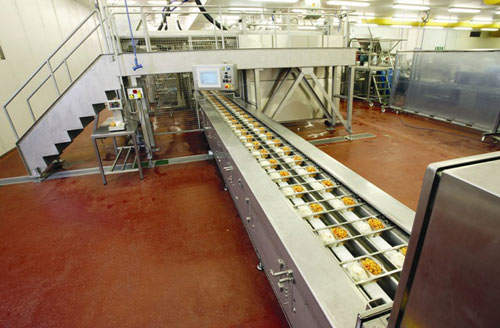 Investment has been made in technology, particularly in production for the expanding ready meal market.

The company employs around 2,500 workers at sites in Annan, Spalding, Northampton, Evercreech, Minsterley and supplies products to leading retailers in the UK such as Tesco, Marks & Spencer and ASDA.

One of the company’s most successful sites is based in Evercreech in Somerset, manufacturing premium desserts and cottage cheese; this site is the previous St Ivel facility.

The facility produces desserts for Marks & Spencer (M&S) including creme caramel, tiramisu, baked lemon and chocolate soufflés, and the low-fat ‘Count On Us’ lines including jam and syrup sponge with custard and rice pudding. Many of these premium desserts are packaged in glass and ceramic dishes; the range was expanded and improved in October 2007.

“The decision to close Evercreech was reversed in November 2005 and the whole company set-up was reorganised into six distinctive business units.”

In March 2007 M&S approached Truly Uniq with an order for a new type of dessert for its range, which consisted of a cheesecake base with a multi-layered filling. Truly Uniq needed to modify its equipment and install a new clean-in-place system for the new production. The company approached CPS (Carlisle Process Systems – now Tetra Pak Cheese and Powder Systems) to help in retooling and redesigning the plant.

This had to be done in a short time as the M&S order needed to be filled quickly for the launch of the new product range. Tetra Pak Cheese and Powder Systems determined that the existing plant equipment could be used with some modification. This entailed the design and installation of a new cleaning system for the process vessel, modification of the process vessel for the filling machine and recommissioning the new dessert production line ready for operation.

The CIP clean-in-place routing had been modified at Evercreech three years earlier in a project undertaken by Process Software and Service Ltd and Sycamore process Engineering. This project involved the modification of the existing network of Allen-Bradley SLC 5/04’s and Intouch Scada for the Apple Filler, Conserve and Cheesecake Lines. The project also involved the installation of new Guisti process tanks for the facility.

The company has kept faith with the Evercreech plant, which was marked for closure in early 2006 with the loss of 420 jobs. The closure was due to a rationalisation of dessert production which was intended to be centred at the company’s Minsterley plant in Shropshire. This plant was also previously owned by St Ivel and purchased from Northern Foods in 2004 for £16.5m, with a workforce of 520.

The Ministerly plant had operational problems, despite a £35m investment by Northern Foods in the previous four years, although it certainly had the capacity to take over from Evercreech. Minsterley is the major trifle supplier to Tesco.

Consequently, the decision to close Evercreech was reversed in November 2005 and the whole company set-up was reorganised into six distinctive business units – Smedleys salads in Spalding, Uniq Prepared foods in Northampton, Evercreech Truly Uniq in Somerset, Riviera Desserts in Paignton, St Ivel Minsterley and Pinneys of Scotland based in Annan (salmon processing; supplies smoked salmon to Her Majesty the Queen and also produces seafood ready meals).

The reorganisation has produced what amounts to six separate businesses and has devolved the control of the company.

In March 2009 Uniq sold the loss-making Pinneys to Seafood (of Foodvest Group) for £1m. Paignton was closed in September 2009, after its business was shifted to Minsterley.