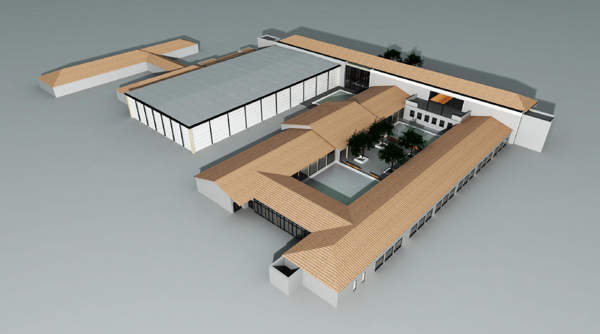 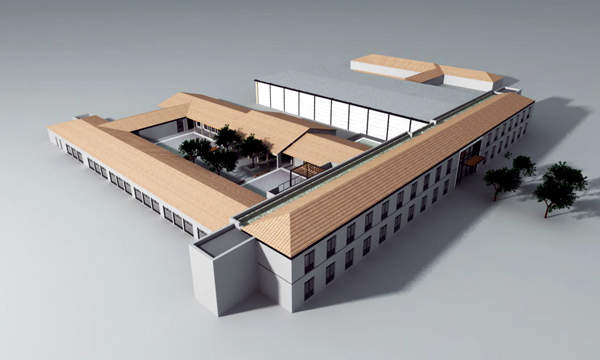 The white building represents the 1500m² pilot plant of the CPUT Food Technology Complex in Bellville campus, South Africa. It has six major processing areas including an area for manufactured foods. 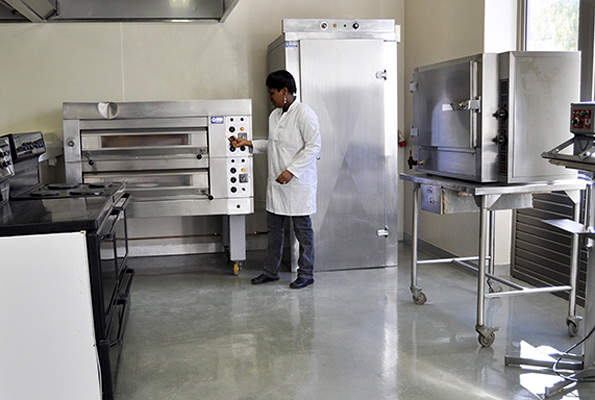 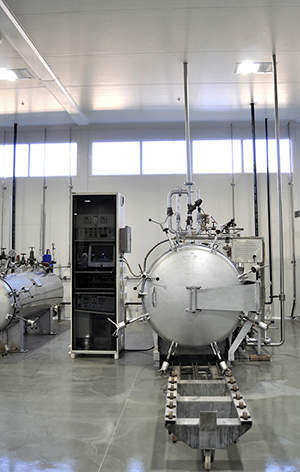 The interior of the CPUT Food Technology Complex. 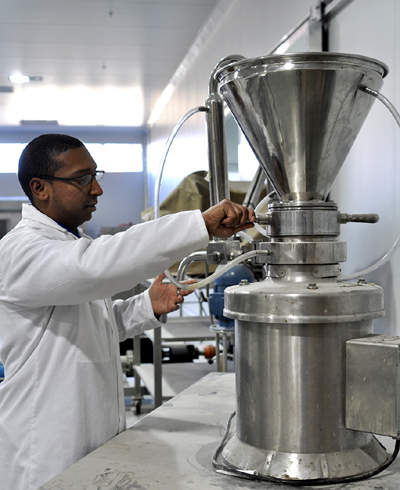 The Food Technology Complex was completed in October 2010. The facility is believed to be one of its kind in Africa.

The Cape Peninsula University of Technology (CPUT) opened its new Food Technology Complex at its Bellville campus in South Africa in October 2010. The educational and training facility is the first of its kind in South Africa and provides improved technology consultation to food companies.

The complex houses CPUT’s department of food technology, formed in 2006 from the consolidation of the existing units on its Cape Town and Bellville campuses, and the Agrifood Technology Station, a government-subsidised consulting system that assists small businesses.

Construction of the complex and associated facilities was estimated to cost R41m, which was entirely funded by the CPUT. Its department of food technology had acquired another R25m from industry for equipment. Longer-term plans will see a total of R100m invested in the future expansions.

The CPUT department of food technology has been planning the complex since 1997. Consolidation in 2006 enabled the CPUT council to approve R29.6m for the construction of the Food Technology Complex in June 2008, and in April 2009 the faculty of applied sciences allocated a further R11m to the project. Work began in late 2009.

"Construction of the complex and associated facilities was estimated to cost R41m."

The Bellville Agrifood Technology Station, set up in 2005, works on new product development, analysis and shelf-life extension, and solves queries of small businesses on a subsidised basis. The Food Technology Complex enables the station to extend its services to larger companies and provide a platform for it to work on food industrial projects and academic programmes.

The complex also raises the student intake capacity of the CPUT department of food technology.

The CPUT department of food technology already has two well equipped pilot plants on the Bellville campus. Other facilities include a range of modern food analytical and processing equipment.

The Food Technology Complex is a 1,500m² multifunctional pilot-scale processing plant that has been constructed with the input of international and local experts to make it a world-class facility. It has pilot scale equipment, a functional food research unit, microbiology and food chemistry laboratories, storage rooms and administration offices.

A food safety testing centre is also planned to cater for underserviced areas.

The multifaceted complex allows the food technologists to research and gain experience of production and quality control, and is also used to train students.

Chaswill Engineering was the process engineer, and Triocon was appointed as mechanical and electrical engineer. Swift Laboratories and AIB International were GMP advisors, and FIRI Consulting was the general advisor. The project managing architect is KLG Architects.

The CPUT Food Technology Complex provides assistance to small and medium-sized enterprises. It will also help large companies to develop new products and market them. The Agrifood Technology Station earns an annuity for products developed using its intellectual property.