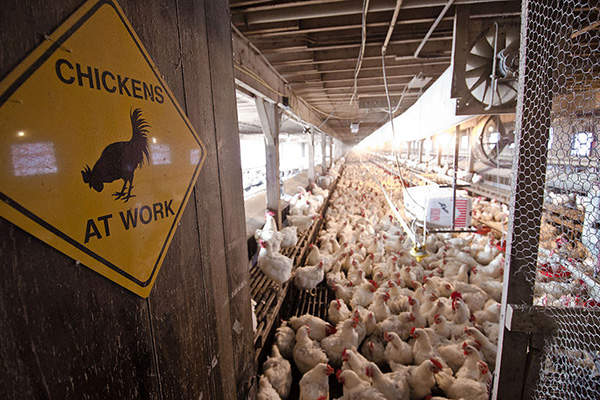 The chickens are kept in an air-chilled environment. Credit: bottMultichillT. 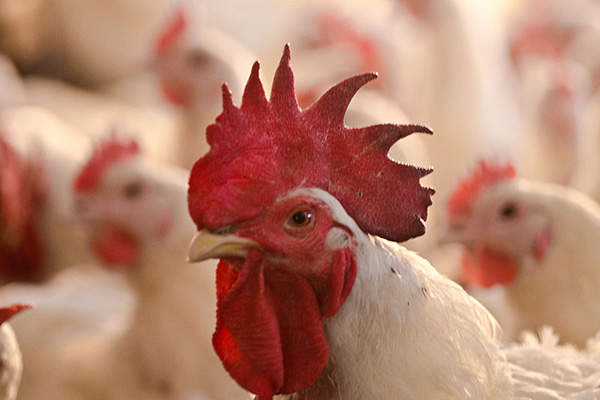 The new facility increased the company’s processing capacity by more than 20%.

The $44m facility is used to package, dry-rub, marinate, grind and cook more than two and a half million pounds of chicken every week for restaurants, butcher shops, natural food stores and selective supermarkets. It also processes other poultry such as ducks and hens.

Construction began in July 2014 and was completed in the second half of 2015. The plant created approximately 300 positions for the people of Lebanon County.

Over the next ten years, the plant is expected to contribute $200m to the region and employ 350 people.

The processing and packaging plant covered a 158,000ft² area and was developed on 19.6 acres of land purchased by the company.

Due to its potential impact on the local economy, the project was coordinated by the Pennsylvania Governor’s Action Team (GAT) in cooperation with the Lebanon Valley Economic Development Corporation (LVEDC). In addition, the project received $2.46m in funding from Lebanon County in the form of grants and tax credits.

The new building features packaging lines, a processing line, and cooler and freezer storage facilities. Processing equipment was mostly sourced from the Netherlands and Germany.

Bell & Evans’ chickens are raised and processed in modern facilities that use advanced technologies. The chickens are also grown without antibiotics and are placed on a diet of corn and extruded and expeller-pressed soybeans, with added vitamins and minerals and freshwater. This diet is claimed to help to grow a tender and flavourful organic chicken.

Bell & Evans’ chickens are also claimed to be raised in humane conditions as the birds are handled in a minimal-stress environment. The antibiotic-free, organic and gluten-free chicken products are seasoned and vacuum-packed without the use of any preservatives.

Headquartered in Fredericksburg, Bell & Evans is a leading natural foods company that began operation in the 1890s. Its market reach has been significantly expanded after Sechler Family Foods purchased the Bell & Evans brand in 1986.

In addition to the Bethel Township chicken plant, the company also opened a 160,000ft2 hatchery, which is capable of hatching 2.8 million chicks a week at full capacity.