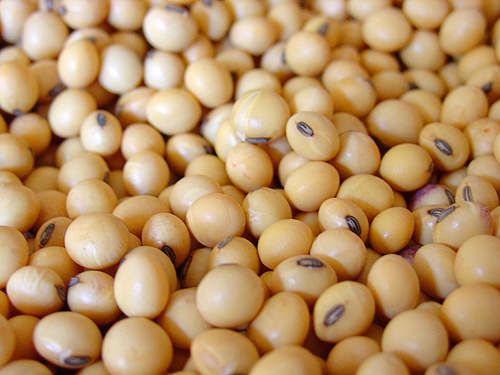 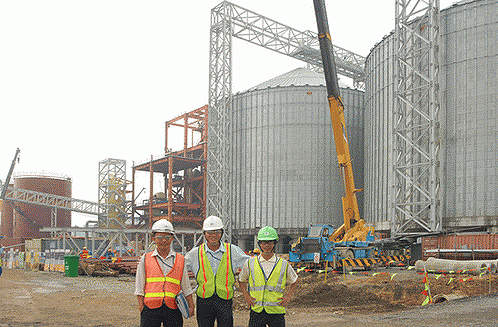 The 50,000t per year capacity storehouse system during construction. 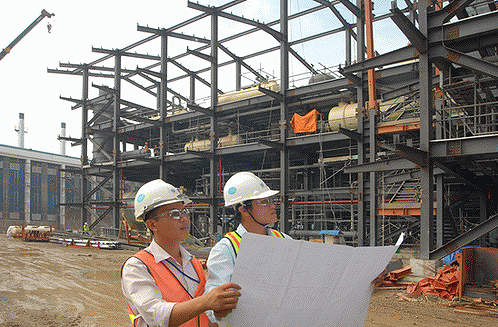 The soybean processing plant in Ba Ria-Vung Tau province is the largest of its kind in Vietnam. 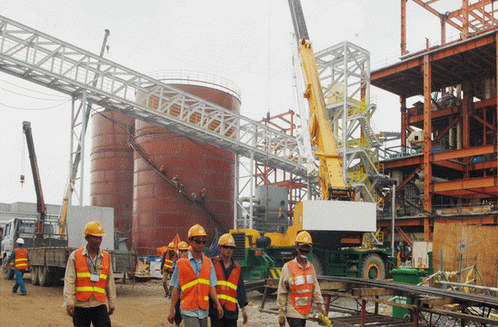 The soybean processing plant was set up at a cost of $100m and is operated by Bunge Vietnam, a wholly owned subsidiary of Bunge.

Bunge Vietnam has been one of the leading imported feed ingredient suppliers to Vietnam since 2002. The country is the fourth largest US soybean meal importer, with an equivalent import of 18.4 million bushels in 2010. The new plant is expected to account for about 30% of the total soybean oil and soymeal consumption in Vietnam.

Bunge’s integrated soybean crushing and oil refining plant is located on an 11ha site in the Phu My 1 Industrial Zone of Tan Thanh district. It is built next to the Phu My Farm Produce Import-Export Port Complex on the Thi Vai river bank.

Bunge Vietnam is operator of the port with a 50% ownership, which eases the logistics of supplying soymeal.

The site lies about 70km from Ho Chi Minh and the port is close to several commercial feed mills.

“Bunge Vietnam is one of the leading imported feed ingredient suppliers to Vietnam.”

The Bunge Vietnam soybean plant has a 3,000t crusher line assembly. The associated infrastructure at the site includes vertical and flat storage facilities for raw materials and final products.

The total capacity of the storehouse system is 50,000t per year and its loading capacity is five million tonnes. Further expansion is planned for the future.

In December 2008, Bunge invested $30m in the site and initiating the soybean oil processing plant construction. Construction of the plant began in December 2009 and completed in May 2011.

The Bunge factory has a capacity to crush approximately 3,000t of soybeans per day, which is equivalent to a processing capacity of a million tonnes per year. The plant is designed to produce nearly 600t of crude degummed soybean oil and 2,500t of soymeal per day. The oil is used for cooking, while soymeal is produced as a by-product in the soybean crushing process.

Production from the plant began in May and reached full capacity in June 2011. The soymeal and oil from the new plant will be mainly marketed in Vietnam and also exported to Southeast Asian countries.

In December 2004, Bunge Agribusiness Singapore, a business unit of Bunge, signed a ten-year agreement with Phu My Port operator Baria Serece Joint Venture Company to exclusively use the port facilities for the shipment of agricultural commodities to Vietnam.

The agreement enabled the company to improve the soybean meal supply to meet the livestock and cattle feed demand in Vietnam. It also allowed logistics improvements between the port complex operators.

The company’s partners in the distribution of the products are Quang Dung Distribution and Baria Serece. Bunge Vietnam plans to improve its existing oil and meal distribution network in remote areas including the Central, North and Mekong Delta regions.

Tebodin was the design, procurement and construction management contractor of the Bunge soybean plant.

A contract for the erection of two main warehouses of the Bunge plant was awarded to Lilama 45.1. The contractor was responsible for all the equipment installations, fabrication and insulation of the facilities.

Soymeal is used in the processing of soybean milk and tofu. It is also the main protein ingredient in animal feed formulations for poultry, livestock and fisheries.

Vietnam imported three million tonnes of soymeal in 2010. As well as the US, the major exporters of soymeal to Vietnam include Canada, India, China, Thailand and Argentina.