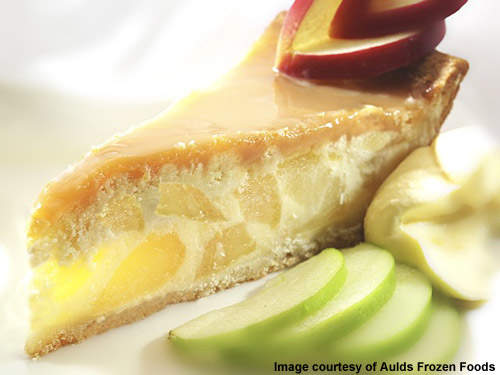 Aulds Apple Caramel Crunch is one of the new products made at the new facility in Scotland. 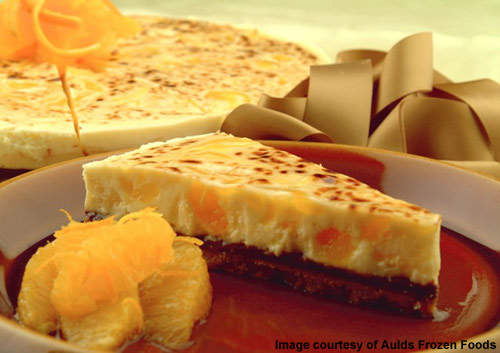 Aulds makes a range of frozen desserts for supermarket chains including Tesco and Asda. 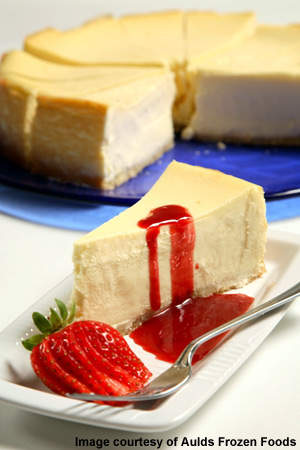 After the fire in the original Aulds factory, a new temporary facility was constructed to continue producing desserts such as cheesecake. 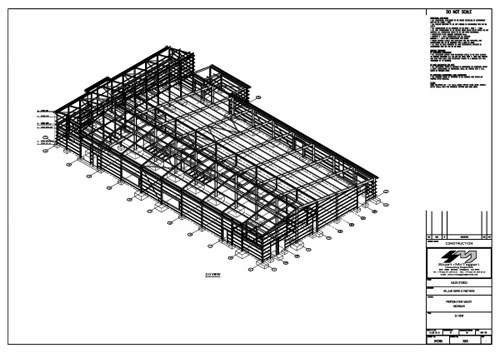 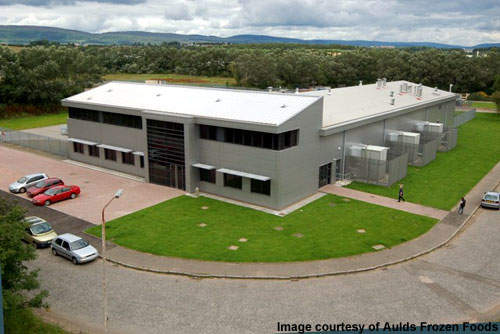 The new &pound;7m Aulds factory opened in May 2007 after 18 months of planning and construction.

Aulds is one of the largest independent bakery and food production businesses in Scotland. The business employs over 900 personnel at the Inchinnan and Greenock sites and across its retail business and produces a wide range of bakery goods and frozen desserts for the food service market across Europe.

The company also makes products to sell through its own chain of 30 bakery shops. Some of its particularly important customers for frozen desserts are the UK supermarket chains Sainsbury, Tesco and Asda.

“In October 2005 a catastrophe befell the company’s 9,000m² factory in Inchinnan Business Park, when it was burnt down with the total loss of all equipment.”

In October 2005 a catastrophe befell the company’s 9,000m² factory in Inchinnan Business Park, when it was burnt down with the total loss of all equipment. This was a big problem with the busiest part of the year, the Christmas period, approaching. Aulds had first moved into the factory in 1992.

The first response by the company was to source temporary off-site production facilities to maintain a portion of the production required. While this was happening the company was also making plans for the construction of a temporary home for the factory on a site next door to the burnt-out facility.

In November 2005, a little less than five weeks after the fire, temporary buildings had been erected and Aulds had a 1,800m² prefabricated aluminium temporary facility with offices, a development kitchen, test kitchen and microbiology laboratory. The £2m temporary facility was erected by De Boer. The new plant was up and running and for 18 months served the needs of Aulds customers.

No customers were lost due to the fire because the company had large stocks of finished products. In addition, Aulds had transferred some of its production to its main factory in Greenock, a normal bakery producing the sponges and pastry for the desserts, as well as to several other temporary units in Paisley, Clydebank and East Kilbride. For convenience the shortcake production was transferred to Holland; this was previously produced on two lines at the old factory that had cost £750,000.

The temporary facility can be taken to pieces when it is no longer required and stored in readiness for the next firm who may need it. The temporary factory was inspected by the European Food Standards Inspection Service in early 2006 and gained an excellent double A rating, which was the same as the old factory.

A new factory was then planned which would take 18 months to construct and outfit. In May 2007 the new £7m factory and office complex was ready to move into. The new facility is 35,000ft² and employs 170 workers. The new building was designed to make the best use of natural light to improve working conditions and also to harvest water from the roof for use in toilet flushing and other suitable applications.

The factory was also designed to incorporate three blast freezers on the outside of the factory to improve working conditions. Also the air handling units are situated on the ground floor for easy access and maintenance.

The construction work was carried out by Chard Construction Ltd of Blantyre. The food grade resin floor coating (Ultra-Fresh, an antimicrobial coating) was supplied and installed by Industrial Floor Treatments Ltd of East Kilbride.